CEBU CITY, Philippines—From the Philippines’ first Olympic gold medal to an end of a boxing icon’s legendary career, the country’s sports scene in 2021 was like a roller coaster ride.

And all of these happened still amid the pandemic that seems to have eased up, giving hope to a lot of athletes.

No other Filipino athlete made more noise than weightlifter Hidilyn Diaz.

Diaz was the centerpiece of the Philippines’ sports scene in 2021 following her historic Tokyo Olympics gold medal. 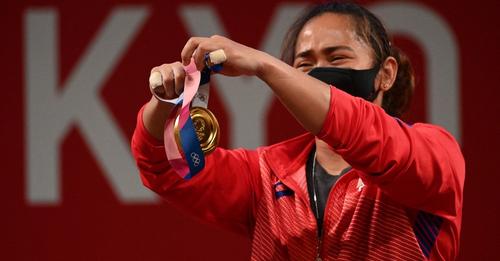 Gold medalist Philippines’ Hidilyn Diaz holds her medal on the podium for the victory ceremony of the women’s 55kg weightlifting competition during the Tokyo 2020 Olympic Games at the Tokyo International Forum in Tokyo on July 26, 2021. | file photo

The 30-year-old Zamboangeña ruled the -55 kilogram contest in dramatic fashion on July 26, 2021, pulling off one of the most memorable moments in Philippine sports history.

Diaz’s gold was the Philippines’ first since it joined the quadrennial sports spectacle in 1924.

Her victory brought optimism and joy to the Filipino nation that continued to struggle with the effects of the Covid-19 pandemic.

Aside from Diaz, three other Filipino athletes in Nesthy Petecio, Carlo Paalam, and Eumir Marcial, brought honor to the country by also bagging medals in the boxing event of the Olympics, making it the country’s most productive stint in the prestigious sporting event.

READ: Netizens thank Nesthy for another medal from the #Tokyo2020 #Olympics

A total of 19 Filipino athletes vied in the Olympics. The Philippines ended up with one gold medal, two silver medals, and one bronze.

The Tokyo Olympics also paved the way for several Filipino athletes to showcase their huge potential in their respective sports. 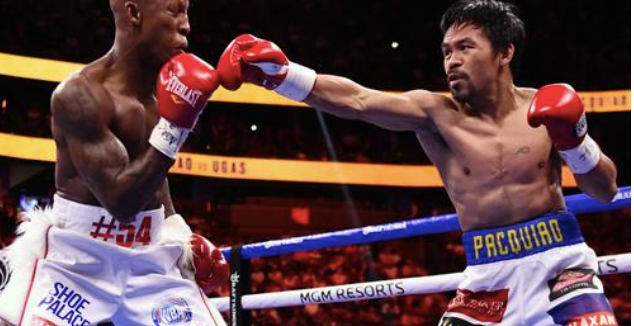 The 43-year-old fighting senator lost to the younger and taller Yordenis Ugas of Cuba in their WBA world welterweight title showdown on August 21 at the T-Mobile Arena in Las Vegas, the United States.

READ: Manny Pacquiao hangs up his gloves for good

Two months after retiring, Pacquiao shocked the nation by announcing his bid for the presidency, pairing up with former Manila mayor Lito Atienza as his running mate.

Due to the sudden uptrend of COVID-19’s Delta variant in the middle of the year, organizers of the 31st Southeast Asian Games (SEAG) in Hanoi, Vietnam were forced to reschedule the biennial meet to May 2022.

READ: SEA Games in Vietnam postponed due to COVID-19 concerns

The meet was supposedly scheduled to kick off in November and would have last until the first week of December.

One of the most motivating sports stories in 2021 is Nonito “Filipino Flash” Donaire Jr’s resurgence in boxing.

After losing to unbeaten WBA super world bantamweight champion Naoya Inoue in 2019, the 39-year-old Donaire Jr. wrested the WBC world bantamweight title in May,  knocking out the younger defending champion Nordine Oubaali of France at the Dignity Health and Sports Park in Carson City, California. 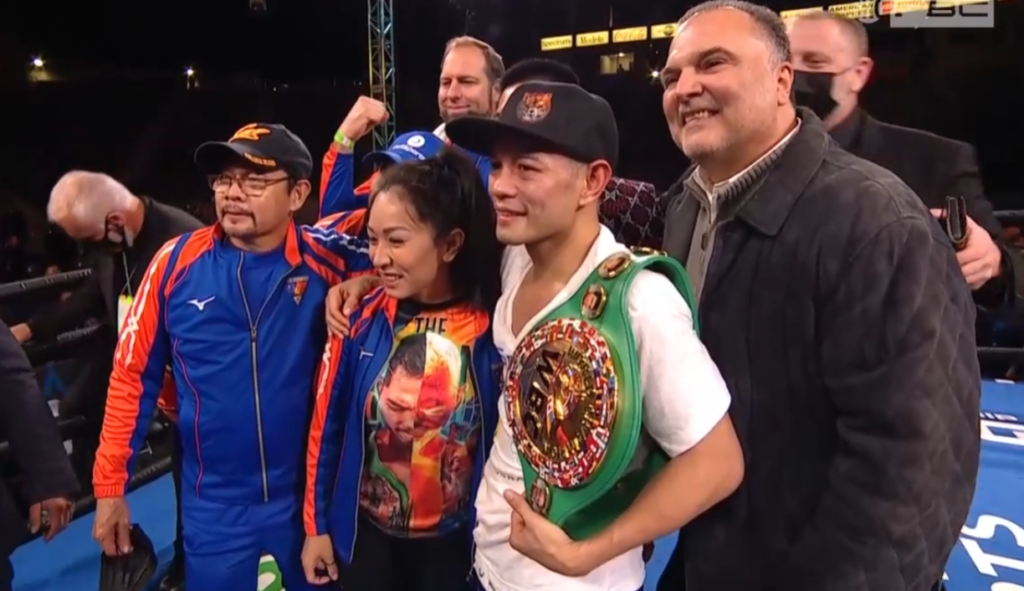 Nonito Donaire is surrounded by his family and team after his victory against fellow Filipino Reymart Gaballo. | file photo

Donaire Jr. ultimately decided to scrap the all-Filipino duel due to Casimero’s disrespectful comment on his family.

In the end, Donaire forged an all-Filipino world title showdown, but with a different opponent.

He faced the WBC interim bantamweight champion Reymart Gaballo and won via a fourth-round knockout last December 12 at the same venue where he won the world title.

Currently, Donaire plans to have a unification showdown with Inoue or Casimero in 2022.

Another issue that stirred the sporting scene in the country was the rift between Obiena and the Philippine Athletics Track and Field Association (Patafa).

The Patafa accused the 26-year-old Obiena of mishandling his training funds. Obiena strongly denied the accusations.

The PBA, MPBL, and the startup, Pilipinas VisMin Super made the spotlight for the wrong reasons after numerous players and teams were involved in different controversies.

In the PBA, San Miguel Beer 3×3 player Daniel de Guzman was accused of duping his friends with a wrong ‘tip’ in one of the team’s games.

De Guzman strongly denied the allegations that was investigated by the Games and Amusements Board (GAB).

On the other hand, the Department of Justice (DOJ) found probable cause in charging 17 individuals last April for being involved in a game-fixing scheme in the 2019 Maharlika Pilipinas Basketball League (MPBL) Lakan Cup.

Aside from Siquijor, nine ARQ Builders Lapu-Lapu City Heroes members were slapped with suspensions and fines for allegedly being involved in the controversy. 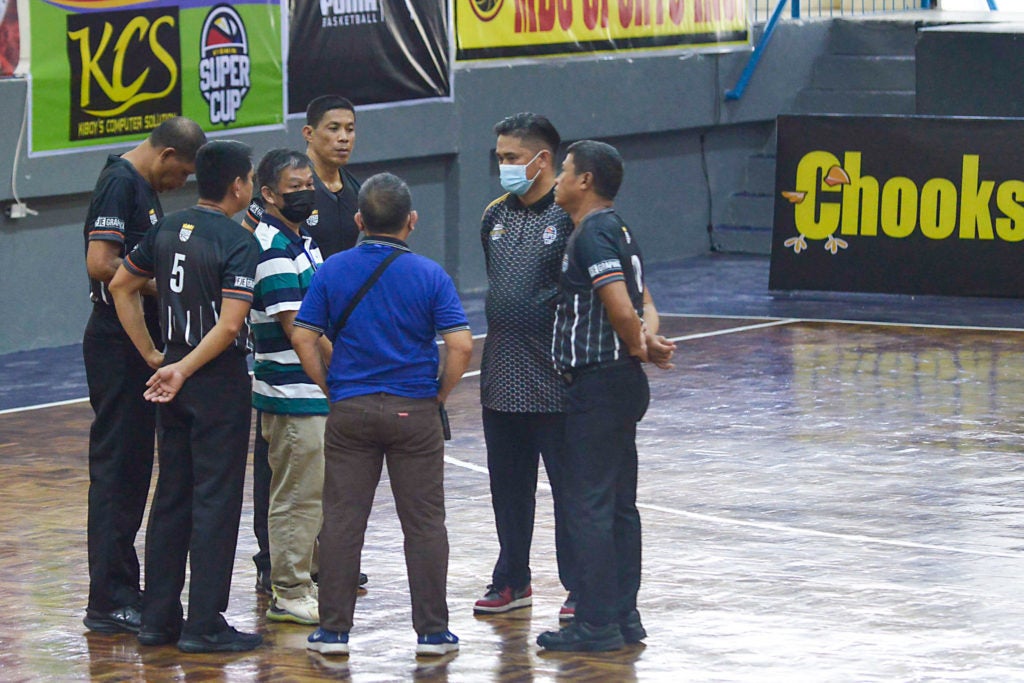 Top officials of the VisMin Super Cup huddle on court after a “power interruption” halted the game between the Siquijor Mystics and the ARQ Builders Lapu-Lapu City Heroes. | file photo

One of the most innovative developments in the Philippine sports scene this year was the emergence of online chess.

It paved the way for the Professional Chess Association of the Philippines (PCAP) to hold three successful conferences amidst the Covid-19 pandemic.

Around 30 teams from in and out of the Philippines took part in the largest online chess tournament in the country.

Filipino boxing promoters also deserve recognition for their efforts in reviving the sport amid the pandemic.

Leading the revival of local boxing is Cebu-based Omega Pro Sports International (OPSI) that ushered the Philippines’ pro boxing restart after having its first bubble setup fight card since October 2020.

OPSI had seven fight cards held in a bubble setup since October 2020.

Also, ARQ Sports diverted its attention from basketball to boxing.

Check these red flags within you