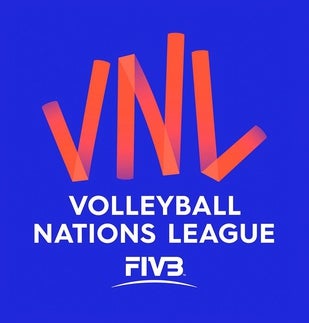 The PNVF is very thankful to FIVB for giving them the opportunity to host the VNL for the first time since it was established in 2018.

“We anticipate the return of world-class volleyball action in the country and we’re confident that with pandemic waning, the fans will enjoy the matches,” PNVF President Ramon “Tats” Suzara said.

No less than the vaunted United States volleyball team’s women’s pool that won the VNL three times and the reigning Tokyo Olympics gold medalist lead the list of contenders vying in the upcoming tournament.

In addition, Asian champion Japan, Southeast Asian queen Thailand, China, Poland, Belarus and Canada are coming to Manila to compete in the tournament.

In the men’s side, Tokyo Olympics gold medalist France leads the men’s side and will be challenged by fan favorite Japan, Slovenia, Argentina, Italy, Germany and The Netherlands.

Russia is entered in both genders but the Ukraine crisis cost the team its place in the Volleyball Nation’s League. A replacement team will be announced later.

The Japanese power trio of Yuki Ishikawa, Yuji Nishida and Ran Takahashi as well as Tokyo Games men’s MVP Earvin Ngapeth of France are among the players to watch in the men’s side.

The tickets of the upcoming VNL tournament will only be available on April 18 at the venue. Tickets to the matches are pegged at P2,000 for Courtside seats, P1,500 for Patron A, P1,000 for Patron B, P500 for Lower Box, P200 for Upper Box and P100 for General Admission.

List of national pool members in volleyball, beach volleyball out

UAAP returns in March with eight events including basketball, volleyball