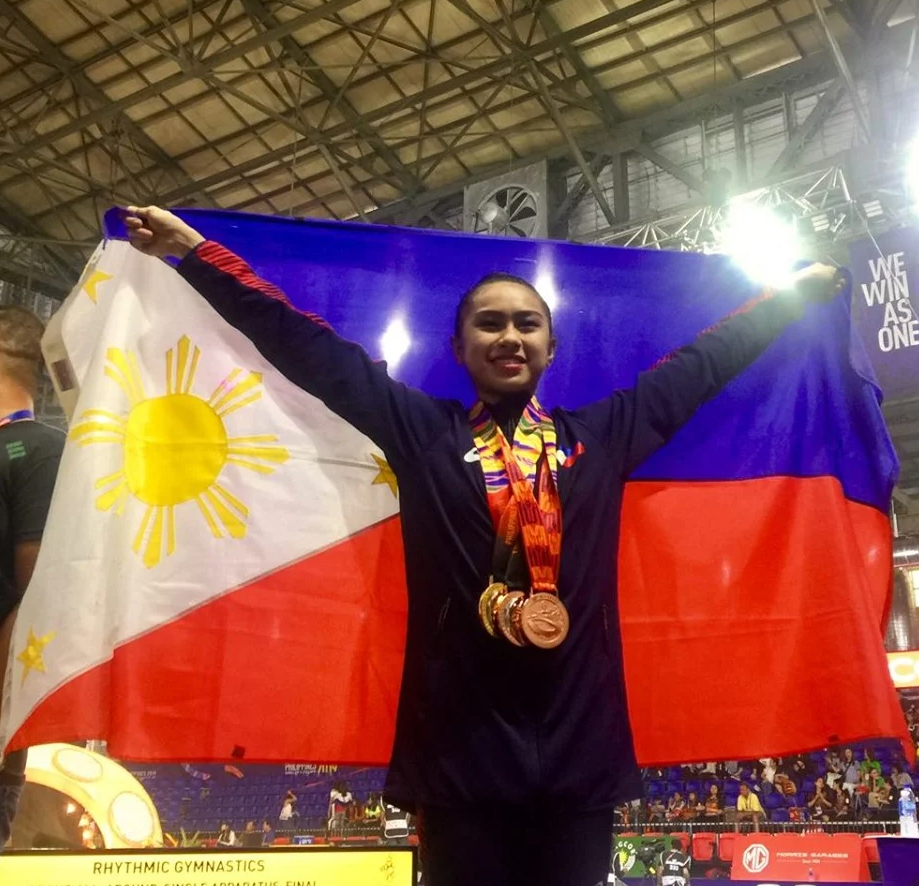 CEBU CITY, Philippines — Cebu’s pride, Daniela Reggie Dela Pisa is included in the 28-man Philippine gymnastics team that will compete in the 31st Southeast Asian Games in Hanoi, Vietnam in May.

The 18-year-old Dela Pisa is best known for winning the gold medal in the women’s rhythmic gymnastics’ hoop category in the 2019 SEA Games in Manila along with two bronzes.

Her mother, Darlene, who is currently in Cebu, training other potential gymnasts like Daniela has confirmed to CDN Digital that her daughter will be competing in Hanoi in May along with Olympian, Carlos Yulo.

Dela Pisa’s gold medal win in 2019 was crucial as she was the only gold medalist aside from Yulo who won two gilts in the floor exercises and the artistic all-around.

Dela Pisa has been training in Hungary since last year and in Cebu in preparation for the SEA Games that was rescheduled from December 2021 to May 2022 due to the COVID-19 surge in Vietnam.

Despite the setback, Dela Pisa continued her training under two-time Olympian Dora Vass in Budapest.