Lapu-Lapu now on Alert Level 1, Mandaue may be next — DOH-7 exec 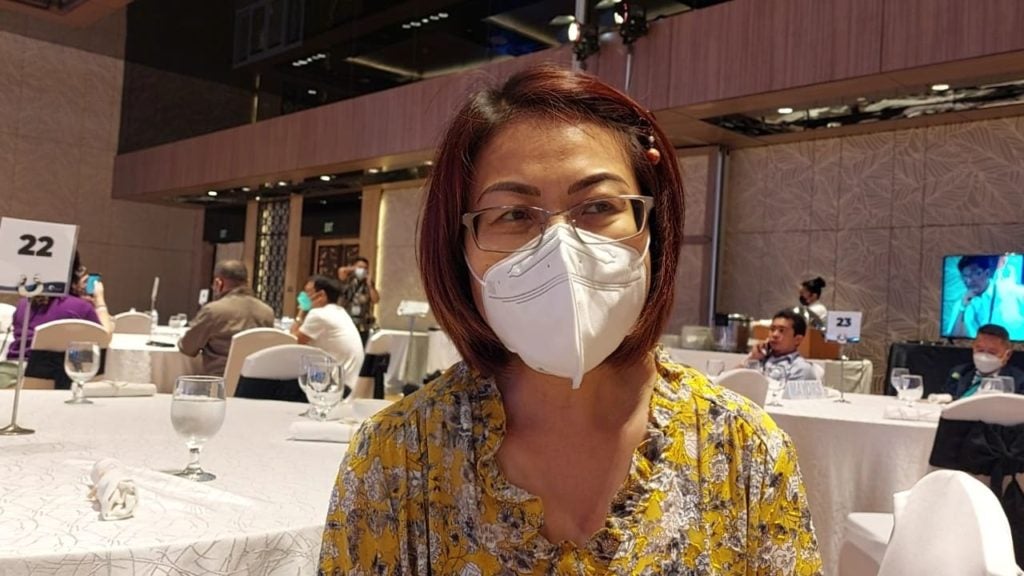 Dr. Mary Jean Loreche, DOH-7 chief pathologist, says that Lapu-Lapu City has been downgraded to COVID-19 Alert Level 1 on Monday or late last week after it had complied with the requirements for the downgrade of the status. | Futch Anthony Inso

LAPU-LAPU CITY, Philippines — The Lapu-Lapu City government has already been placed by the Inter-Agency Task Force on the Management of Emerging Infectious Diseases (IATF-MEID) to COVID  Alert Level 1 status.

This was confirmed by Dr. Mary Jean Loreche, chief pathologist of the Department of Health in Central Visayas (DOH-7), who was also serving as health consultant of the city.

“Parang either this Monday lang na-announce or late last week, but definitely alert level 1 na ang Lapu-Lapu. They have complied with the requirement,” Loreche said.

(It was I think this Monday that it was announced or late last week, but definitely Lapu-Lapu is on Alert Level 1 now. They have complied with the requirement.)

Earlier, Lapu-Lapu City Mayor Junard “Ahong” Chan appealed to the IATF-MEID to place the city on Alert Level 1 after the city had complied with all the requirements and reconciled their data of the vaccinated population, especially senior citizens.

Chan earlier reported that they already recorded more than 70 percent of senior citizens that were vaccinated with the COVID-19 vaccine, which was one of the requirements in deescalating a local government unit (LGU) to Alert Level 1.

For Chan, placing the city to Alert Level 1 would be beneficial in boosting back the city’s economy, especially since establishments would already be allowed to operate at 100 percent of their capacity.

Aside from Lapu-Lapu City, Loreche said that Mandaue City might also be placed to Alert Level 1 after they would have also reconciled their vaccination data and submitted the needed documents.

“For Mandaue City yesterday, we finished the data reconciliation, so it was already submitted and that is already for a recommendation for de-escalation to Alert Level 1,” she said.

Loreche said that once the requirement would already be complied with and submitted, IATF-MEID would no longer wait for another 15-days in declaring the new alert level of a certain LGU.

Meanwhile, Loreche said that the Cebu Provincial government would still need to work harder in their vaccination campaign, for the province still had around 1 million unvaccinated individuals.