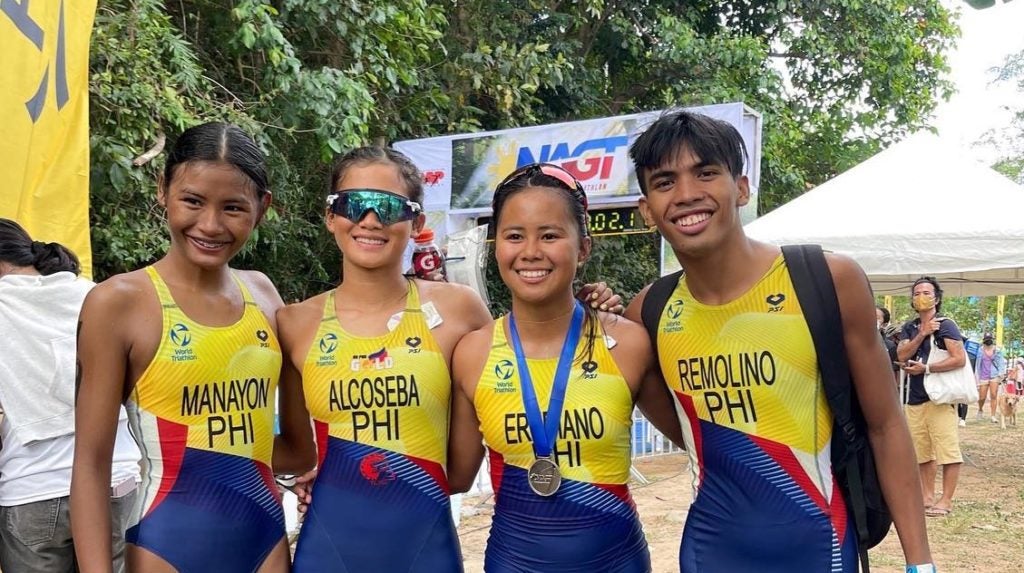 CEBU CITY, Philippines — Cebu is stamping its reputation as a potential breeding ground of top triathletes after sending a solid number of them to the Triathlon Association of the Philippines’ (TRAP) national training pool and developmental training pool.

His second-place finish earned him a spot in the national training pool.

Joining him is none other than 18-year-old Raven Faith Alcoseba who also hails from Talisay City.

Joining Remolino and Alcoseba in the training pool is Matthew Justine Hermosa.

The national training pool will determine the final list of triathletes and duathletes that will represent the Philippine Team in the upcoming 31st SEA Games in Hanoi, Vietnam in May.

The developmental pool, on the other hand, serves as the farm team for TRAP to hone the skills of the potential triathletes and duathletes who can become the next stars in this sport.

Remolino, Alcoseba, and the rest of the Cebuano triathletes who are listed by TRAP are members of the vaunted Talisay Luigi Triathlon Group- Go For Gold team of national triathlon coach Roland Remolino based in Talisay City.

Recently, Erediano proved why she deserved to be on the developmental list after ruling the women’s overall category of the Dumaguete Triathlon 2022.      /rcg