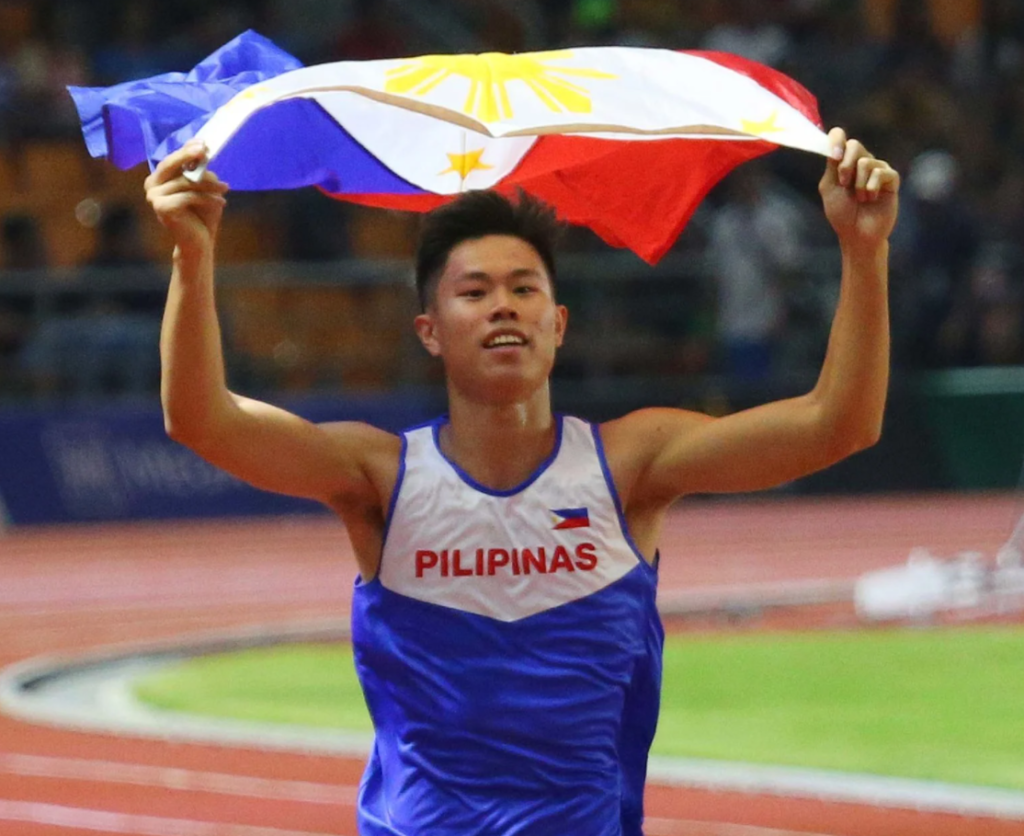 CEBU CITY, Philippines — Pole vault star Ernest John “EJ” Obiena will spearhead the Philippine delegation in the 31st Southeast Asian Games (SEAG) in Hanoi, Vietnam in May as the official flagbearer for the opening ceremony at the My Dinh National Stadium in Hanoi.

The opening ceremony on May 12 will feature the Philippines’ 656-strong delegation comprised of athletes, teams, trainers, and coaches to the biennial meet.

One of those who showed support to Obiena’s selection as the flagbearer is Olympic gold medalist Hidilyn Diaz, saying that her fellow Tokyo Olympian pole vaulter is the “story of every Filipino athlete who fights to bring home pride and glory to the country.”

“I’m very happy to see EJ as our flagbearer for Team Philippines,” said Diaz, who, like Obiena, will defend her weightlifting gold medal in the postponed Games from last year.

“I’m happy for him and the rest of the Philippine delegation. I will support him,” Diaz said.

It was initially planned that Diaz and Obiena could be holding the country’s flag together during the opening ceremony’s parade of nations.

However, the SEA Games organizer only allows one athlete bestowing the honor.

To put it into perspective, Obiena carrying the Philippine flag holds a lot of meaning, given the controversies he was involved in against the Philippine Athletics and Track and Field Association (Patafa) that shook the Philippine sports scene.

Thanks through the efforts of the Philippine Sports Commission (PSC), Obiena and Patafa headed by its chief Philip Ella Juico came to terms and reconciled through a lengthy mediation process that took place earlier this year.

“There could only be one flag bearer for each country. We nominated Hidilyn and EJ, but it was turned down,” Philippine Olympic Committee President Rep. Abraham “Bambol” Tolentino said.

“Like Hidilyn, EJ has all the qualifications to be our flagbearer.”

Obiena retained the SEA Games gold with ease in the 2019 SEA Games held in Manila. He bagged the gilt with a staggering 5.45 meter leap, and has even set the record higher to 5.93 as the new Asian record in his campaign in Innsbruck, Austria in 2021.

“It’s an honor. “I was heading home after training here in Formia [Italy] when I received the message,” said the 6-foot-2 Obiena.

“All I can do for now is to train harder and be better, and smarter. “I really want to defend my SEA Games title,” he said.

The hosts programmed 40 sports—the Philippines is competing in 39 of them—which they intend to dominate. But Tolentino is undaunted.

“We are fielding a fighting team,” Tolentino said.

Team Philippines will fly to Vietnam in batches with the main bulk set to leave on May 10, two days before the opening ceremony. The Games end on May 23.

PH athletes good to go as SEA Games near