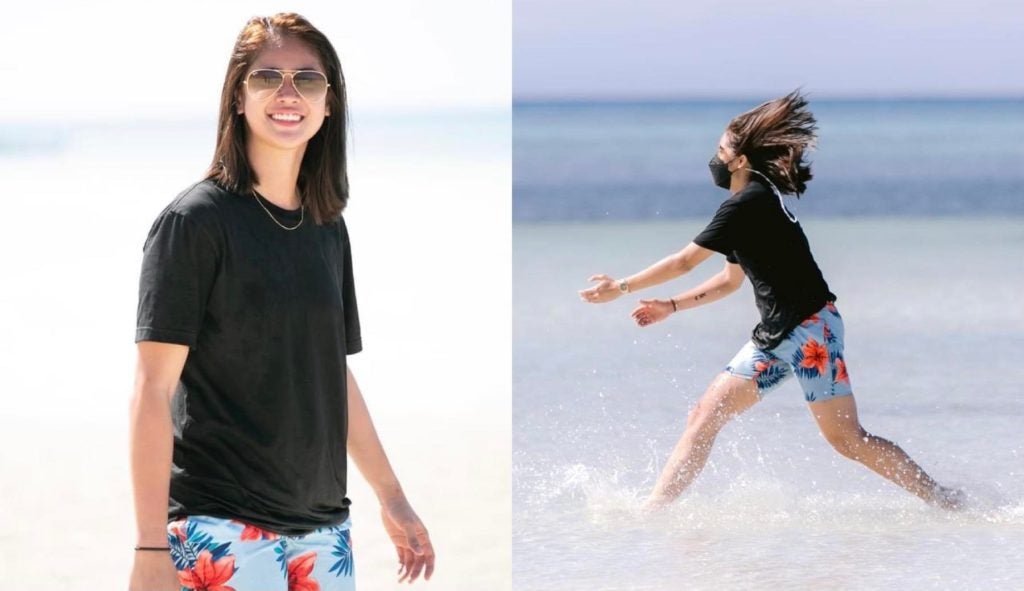 Photos of Wong were uploaded by photographer Jayr Yuson on Facebook.

Yuson said in his post that he took the photo by chance.

(We were shooting for a wedding and they were there.)

The Ateneo standout was seen playing frisbee with fellow volleybelles Regine Arocha and Caitlyn Viray on the beach.

Being loved for her volleyball skills and not being “maarte,” netizens even loved her more in these photos where she can be seen smiling back at the camera.

Deanna has emerged as a fan favorite over the past years as she is often trending in social media during her games in the recently concluded Premier Volleyball League Open Conference, where Choco Mucho settled for another fourth place finish after losing to sister team Creamline in the semifinals.

The 24-year-old was initially part of the Philippine women’s volleyball team for the 31st Southeast Asian Games in Hanoi, Vietnam but she was replaced by Creamline’s back-up setter Kyle Negrito in their Brazil training camp due to a shin injury.