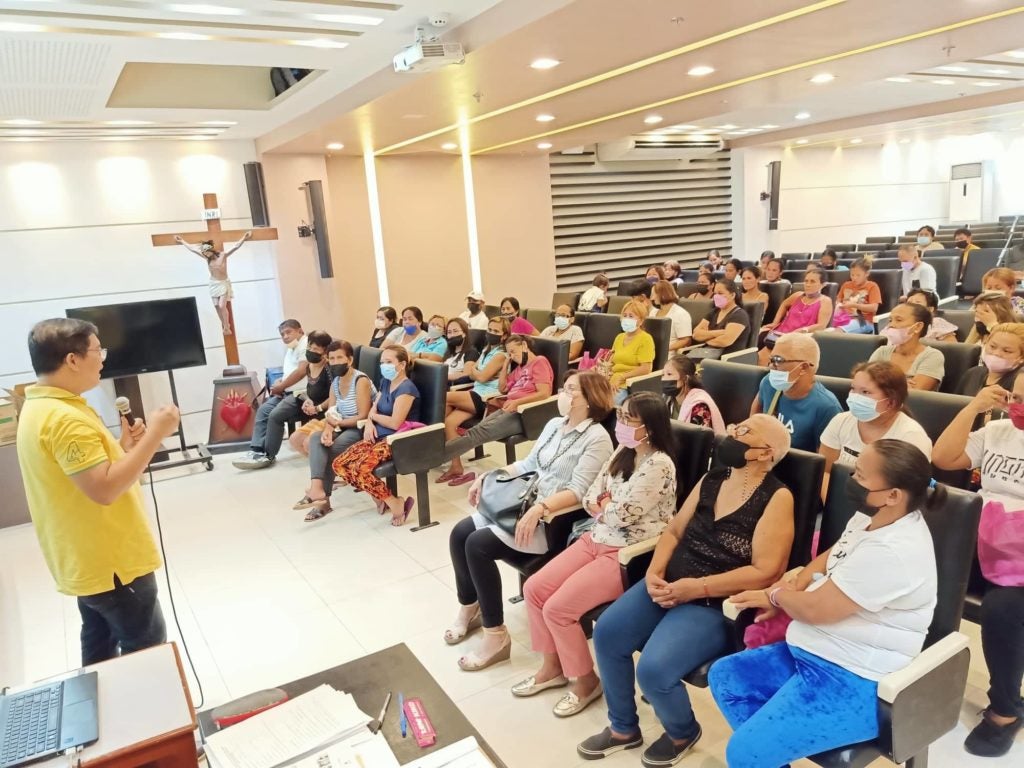 REV UP for Leni-Kiko co-convenor Nathaniel Chua during one of their consultations with Metro Cebu urban poor groups. | Contributed photo

Called Real Estate Volunteers and Urban Poor (REV UP) for Leni-Kiko, the newly created group believes that Robredo’s social housing plans, if implemented, will be an important key in fulfilling the dream of poor families to become proud home owners.

Chua said they also believed in Robredo’s commitment of allotting P50 billion in order to provide socialized housing for the poorest of the poor and in the plans that she presented when she was still secretary of the Housing and Urban Poor Development Coordinating Council (HUDCC). 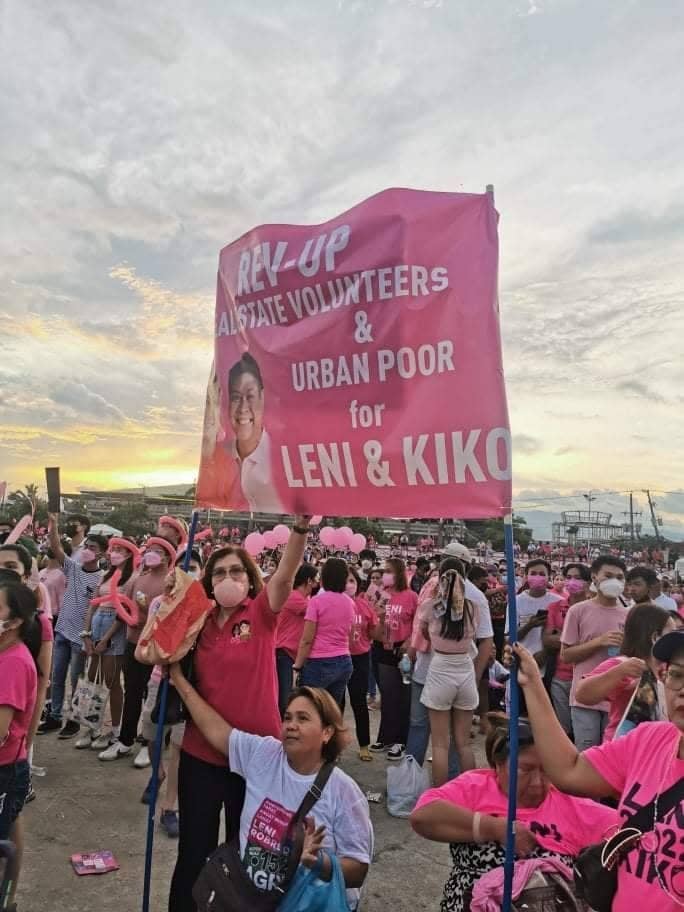 REV UP members were among the participants of the grand rally for Leni-Kiko tandem in Mandaue City last April 21. | Contributed photo

Emily Cabillada, the group’s co-convenor, said that with her credentials and track record, they were confident that Robredo is the kind of leader who will “deliver her promises.”

(She has many plans but the most promising plan is the plan on giving homes. I researched about what are the plans of the other candidates, but based on my research, Leni has the capacity, who can truthfully implement her promises because she has a track record such as what she did as being vice president.)

REV UP was created following a series of consultations that the convenors such as another real estate industry player, Marilou Canizares, had with leaders from at least 100 urban poor groups in Metro Cebu.

The group had their first major activity when they joined Ceboom! Grand People’s Rally in Mandaue City last April 21.

Read Next
History is not a quiz bee