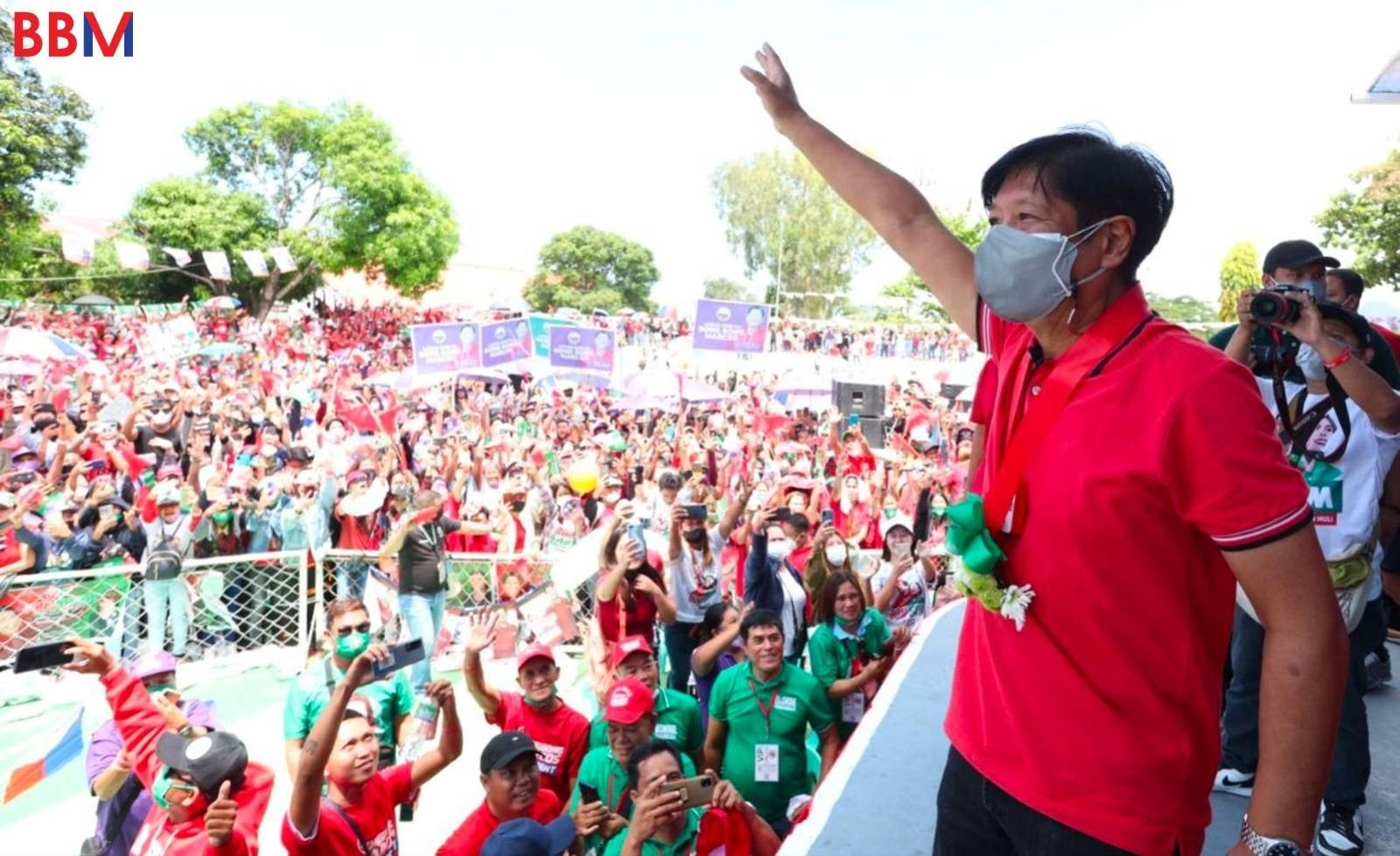 Marcos said that “divisive effects to harm one another” should be avoided in picking the next leaders.

“The election fever tends to make emotions run high. While we understand and appreciate the zeal of our supporters, we encourage everyone to exercise restraint especially when faced by supporters from rival candidates,” he said in a statement.

“In choosing our next leaders we should not allow the divisive effects to harm one another. Rather we keep in mind that once the choice of the majority is made, we stop being adversaries and remember that we are compatriots under one flag,” he continued.

“Understand as well that there will be selfish interests who might agitate us in the hopes of fomenting violence or instability.  We must resist such agitation, resist mistaking election rhetoric for personal attacks. They are temporary and we will be alright,” he said.

“May 9 is days away, the democratic processes are in place. We are nearing the end of this journey and heading for a new one. Let us all arrive well,” he went on.

In April, some Marcos supporters gatecrashed a rally of Vice President Leni Robredo in Pangasinan.

Based on the latest Pulse Asia voter preference survey, Marcos is the frontrunner with 56 percent.