Kin of fatalities in Loay bridge collapse get aid 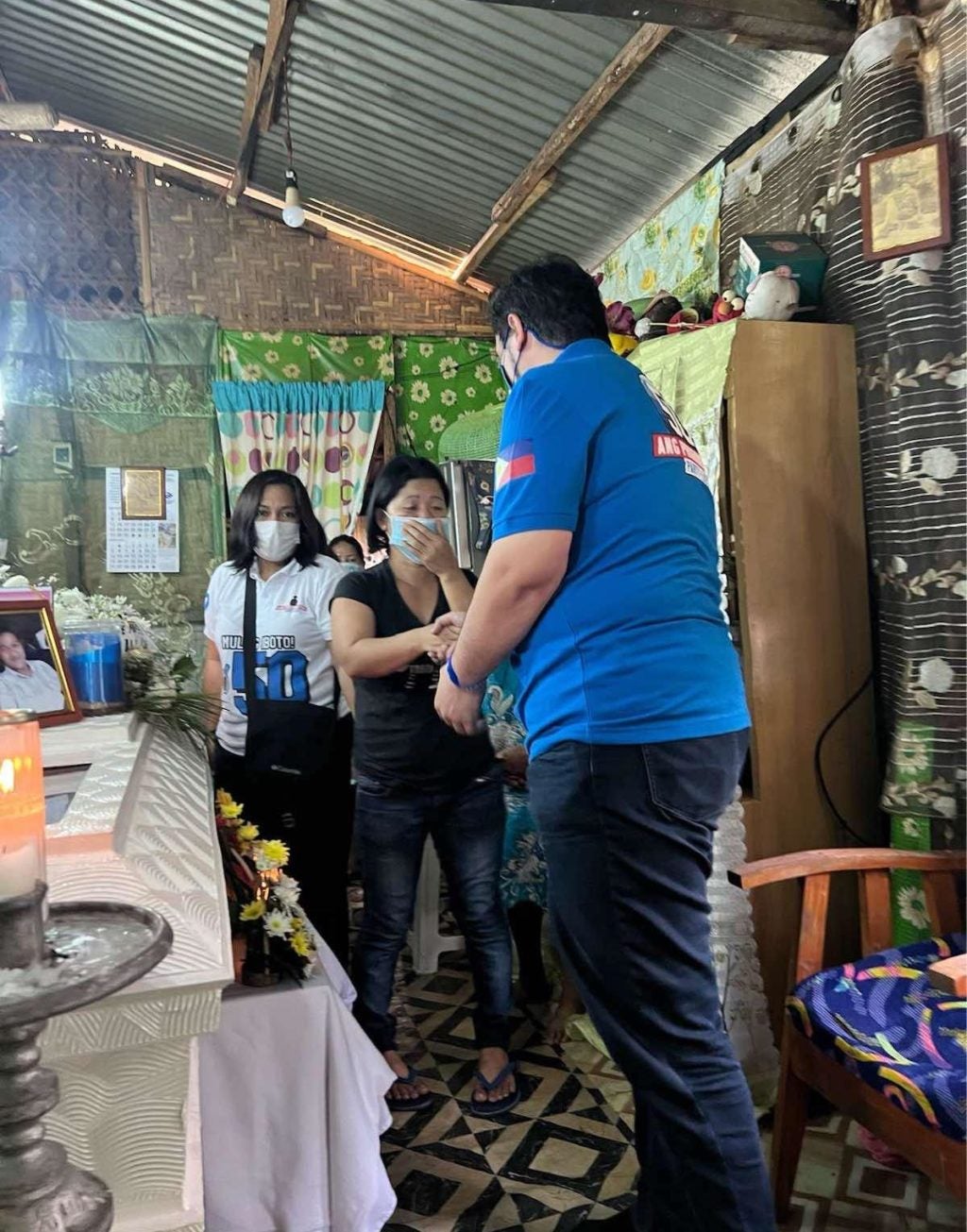 Arniel was among the four persons who died when the Loay bridge collapsed at about 4 p.m. on April 27.  The incident also injured at least 31 others.

(I worry about the future of our children who are aged 16, 13 and 1-year-old.  My husband was the breadwinner in our family and [with him gone] now I will take to take on the responsibility of being their father and mother at the same time.)

During his Bohol visit on April 30, Delos Santos also met with the daughter of another casualty, Emilia Gemina of barangay Villalimpina in Loay town.

Gemina was travelling with a granddaughter when the bridge collapsed. The girl suffered injuries and is still experiencing trauma.

Delos Santos was in Cebu last week to campaign. He met with Maricel when he also visited Bohol province on Saturday, April 30.

“We recognize the challenges that the families of the of the Bohol bridge collapse victims face. we want them to know that while the future may seem dark for them at the moment, there are people, organizations and institutions that are here to lend a hand at their most trying time,” Rep. Delos Santos said.

It was not the first time that he visited Bohol to help victims of calamities.  They also sent aid to victims of other calamities including those who were affected by Super Typhoon Odette in December 2021.

“Apart from our relief drive in times of calamities, we have established several tourism projects in Bohol to boost economic activity in the province.  Despite some setbacks, we know that among our Boholano brothers and sisters’ greatest assets is their resiliency in the midst of adversities,” Delos Santos added.