Meet Charlie, the ambassador for Aspins 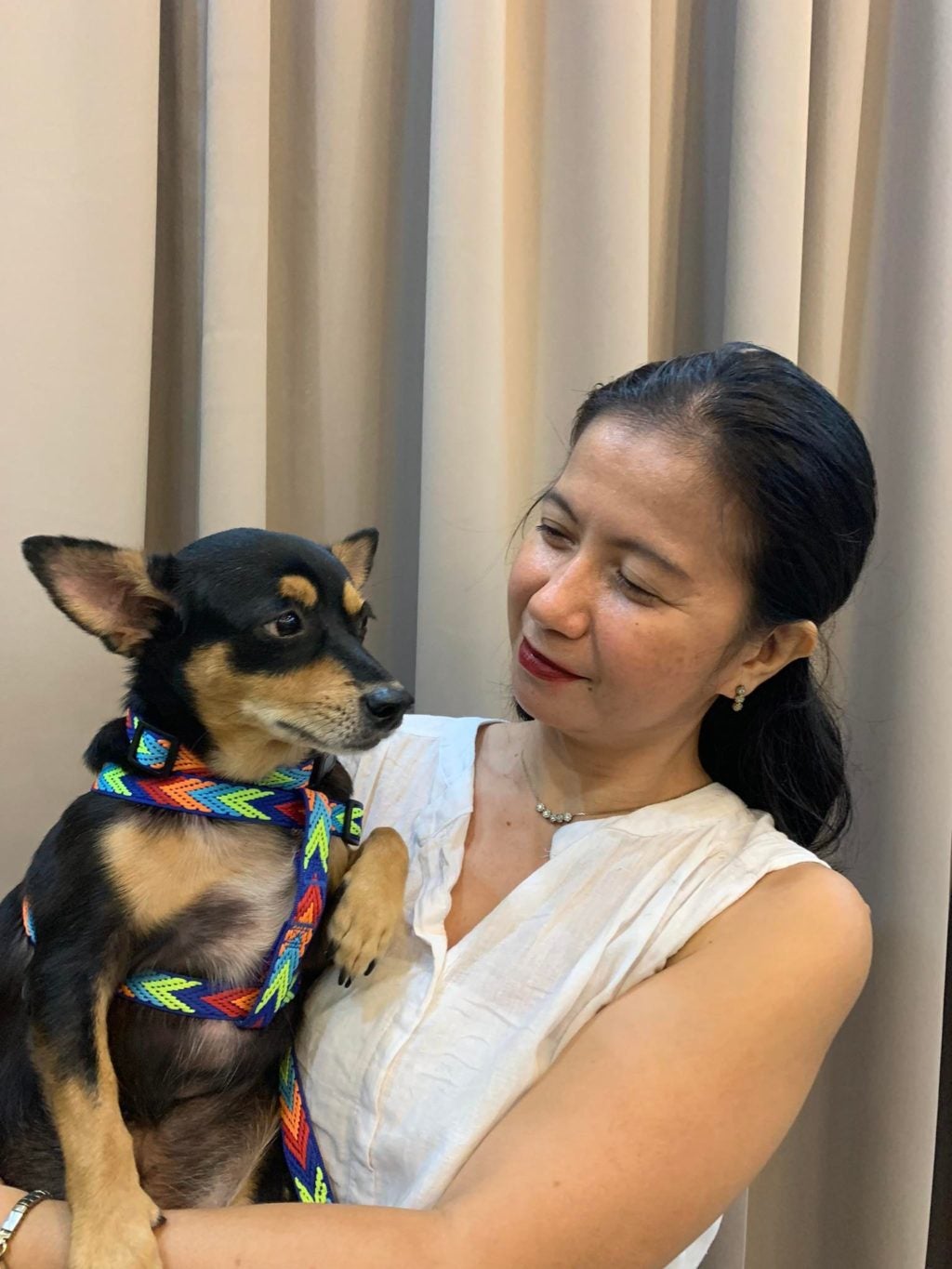 Charlie the dog with his fur mom, Joan Palanas.

CEBU CITY, Philippines — The Asong Pinoy, or Aspin, may be the most common and overlooked breed of dogs in the country.

They can easily be ignored or outshined by the more famous breeds of dogs.

Yet there’s one thing that Aspins are know for that not all breeds have. Loyalty. Just ask the many owners of Aspins who spent years sharing their homes and families with these “ordinary” dogs and you’ll see what we mean.

One such Aspin is Charlie,  a dog that was impounded by the Cebu City Department of Veterinary Medicine and Fisheries (DVMF) in April 2016. He was just a few months old then.

Doctor Jessica Maribojoc, the acting city veterinarian, said that when they came across trash in one of their street operations in Barangay Bacayan, she heard a grunt amid the pile.

Maribojoc said that Charlie was so tiny when she found him and was full of scabs from a skin illness as well. She personally took him to the pound to clean him up and start his medication.

(He was so small. I just heard something crying and when I looked to check, it was a puppy. So we brought him to the pound.) 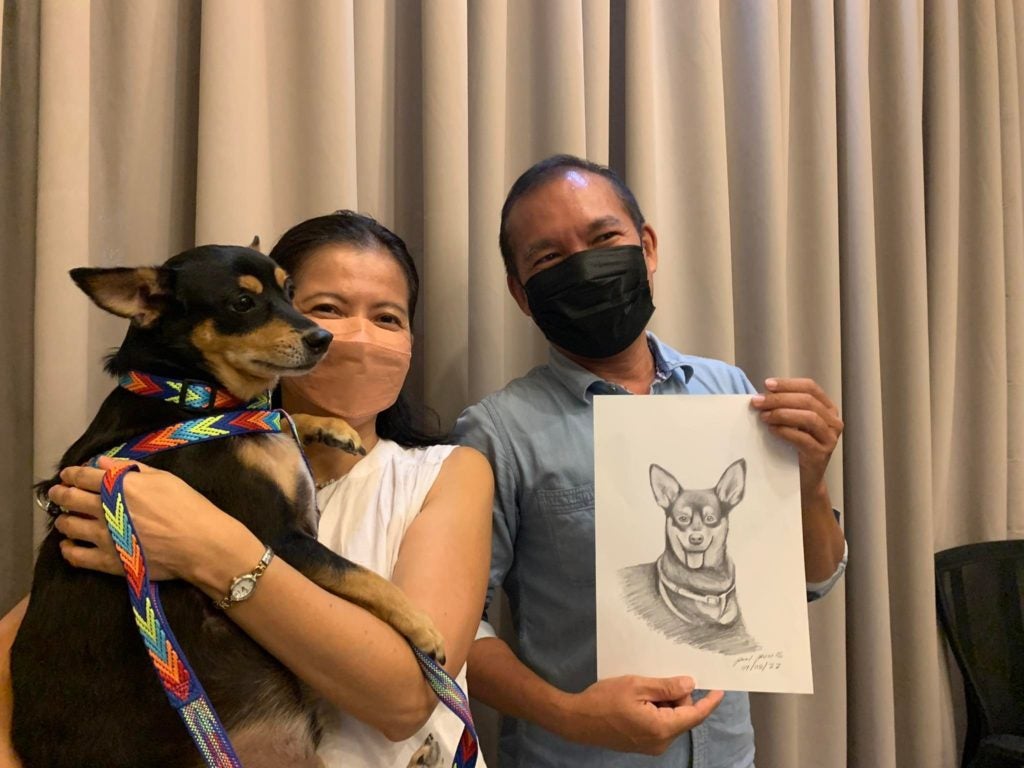 Ruel Rosello (right), a photographer of the PIO of the Cebu City government, shows his quick sketch of Charlie the dog during the launch of the Asong Pinoy Day celebration.

It was in the pound where Joan Palanas found Charlie and decided to adopt him to give him his first and only forever home.

Palanas could clearly remember how she met Charlie, saying that the dog had a certain charm hidden behind his sad state.

She took Charlie home, introduced him to her family, and started the medication that would turn Charlie into a healthy dog. This is when he revealed his loving nature and charm.

(In 20 days, we saw his hair grow. He’s became more lively and until now, he’s always present during Asong Pinoy Day. Charlie is already an ambassador. He is proof that if we take care of our dogs, they will also show their love for us.)

From a sickly state, Charlie has now become a cute short dog with black and brown fur and stubby legs. Charlie has found the love he deserved in a loyal and loving family. 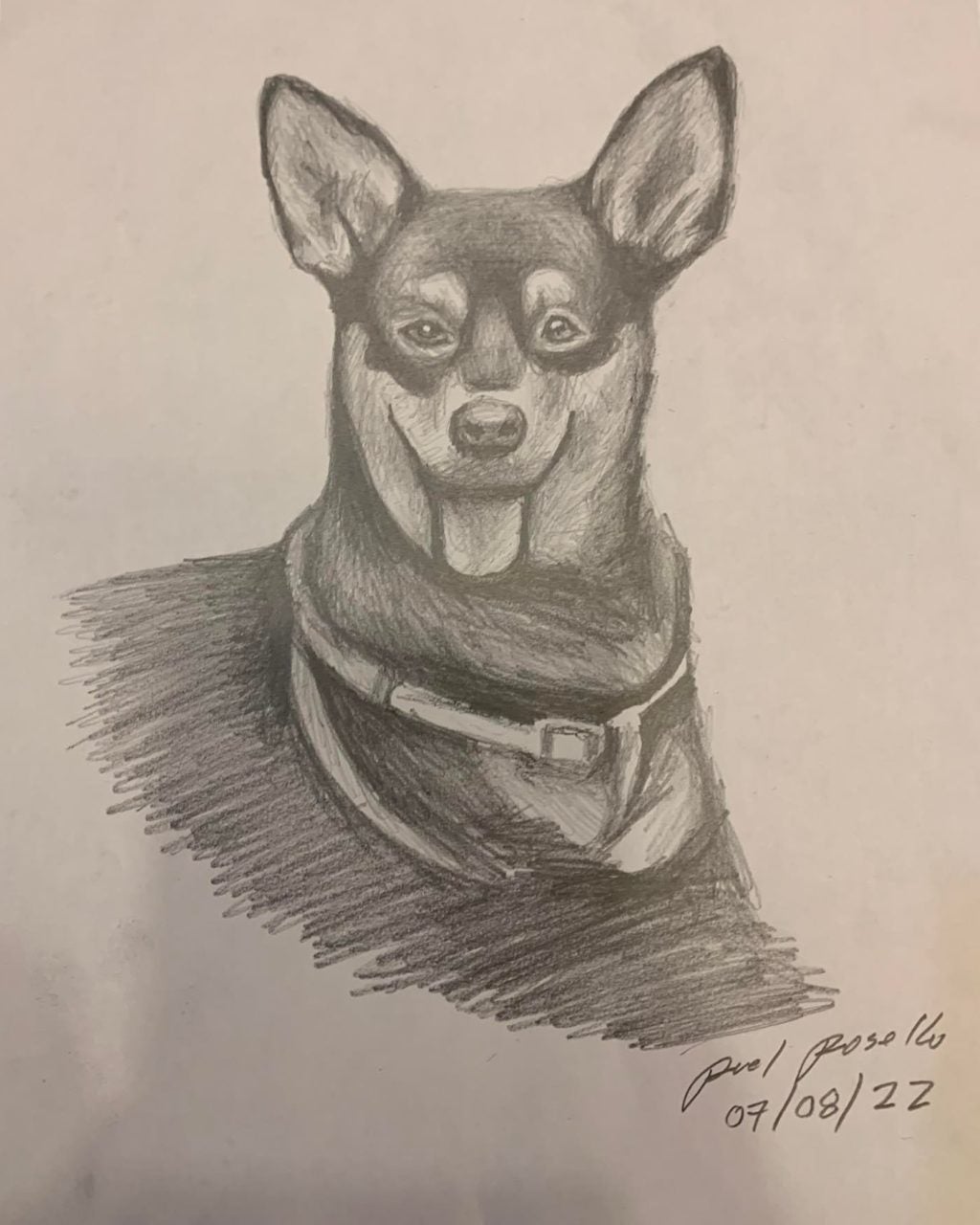 Charlie in a sketch by Ruel Rosello, a photographer for the Cebu City PIO.

Part of the family

Palanas said that Charlie is not only a pet but an integral part of the family.

As an inside dog, Charlie protects the house by alerting the family of any “suspicious behaviors lurking outside their home.”

Charlie eats a mix of meat and dog food for a balanced diet, which is prepared daily by his human mom, and then spends most of the day playing with the kids and the cats.

(Chicken is his favorite meat but we let him eat dog food that we mix with meat. But he’s on a diet now because we can’t let him get fat because he might not be able to carry his weight.)

As one of two dogs in the household, Charlie leads the pack with another Aspin and multiple Pusang Pinoy (Puspin) in their home.

Palanas said that Charlie is endearing but protective of the household members. He gets his exercise from regular walks with his human mom as his temperament allows the family to take him anywhere. 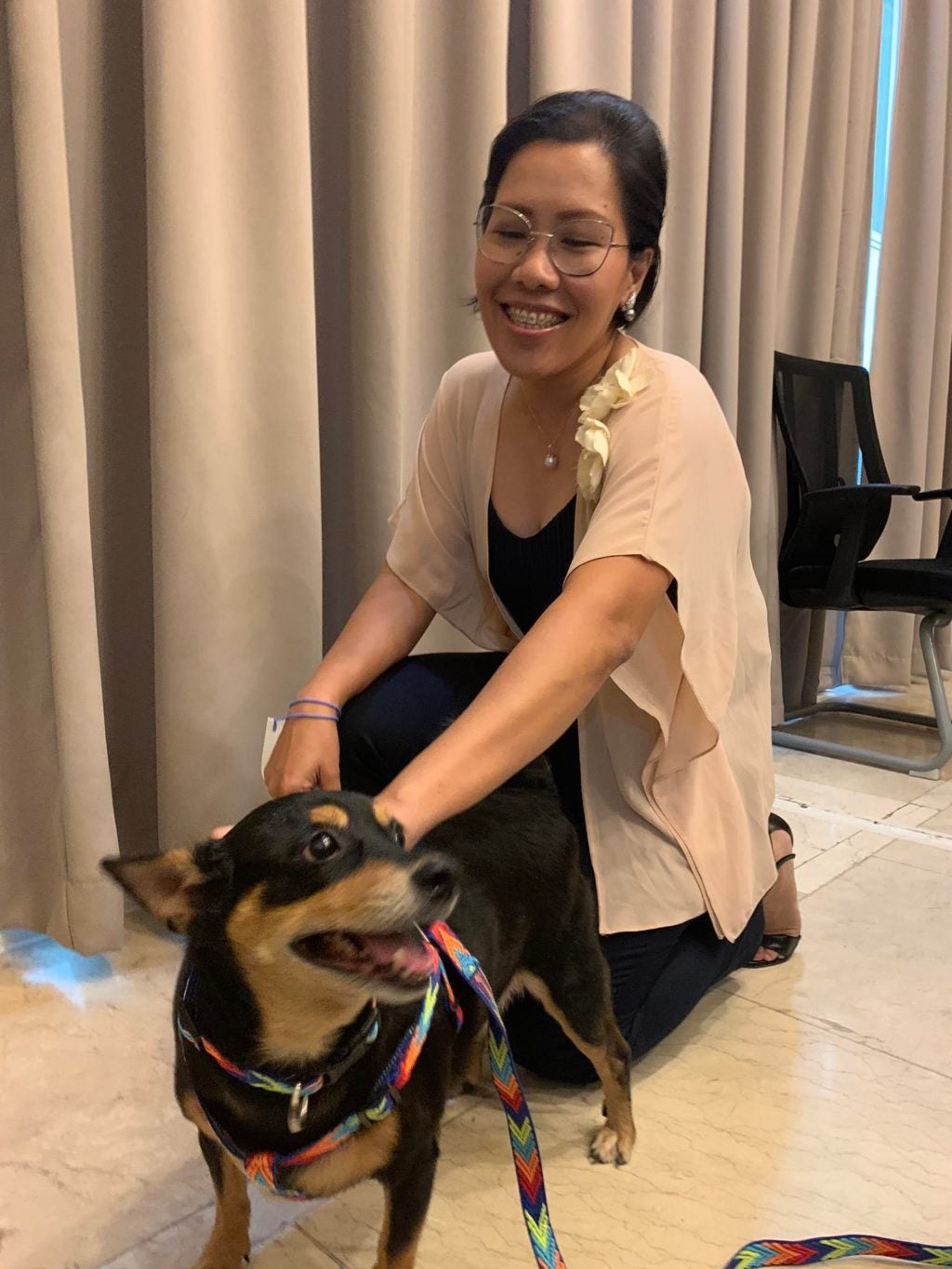 As a product of the Cebu City Pound, Charlie has become an ambassador for Aspins during the Asong Pinoy Day celebrated every July 17 here.

This year, he will also be joining many other adopted Aspins in a day of pageants and games.

Dr. Maribojoc said that Charlie is a living proof of the love and loyalty of Aspins. Being a Filipino breed, they are naturally resilient to the climate, food, and nature of the country.

“They are easy to take care of. They love just like any other breeds. Angay gyod ika proud atong mga Aspins (it is just right to be proud of Aspins.),” said the city’s chief veterinarian.

The DVMF encourages the public to join the different events or at least show their love for their Aspins on Asong Pinoy Day.

Read Next
Work and pray in humility