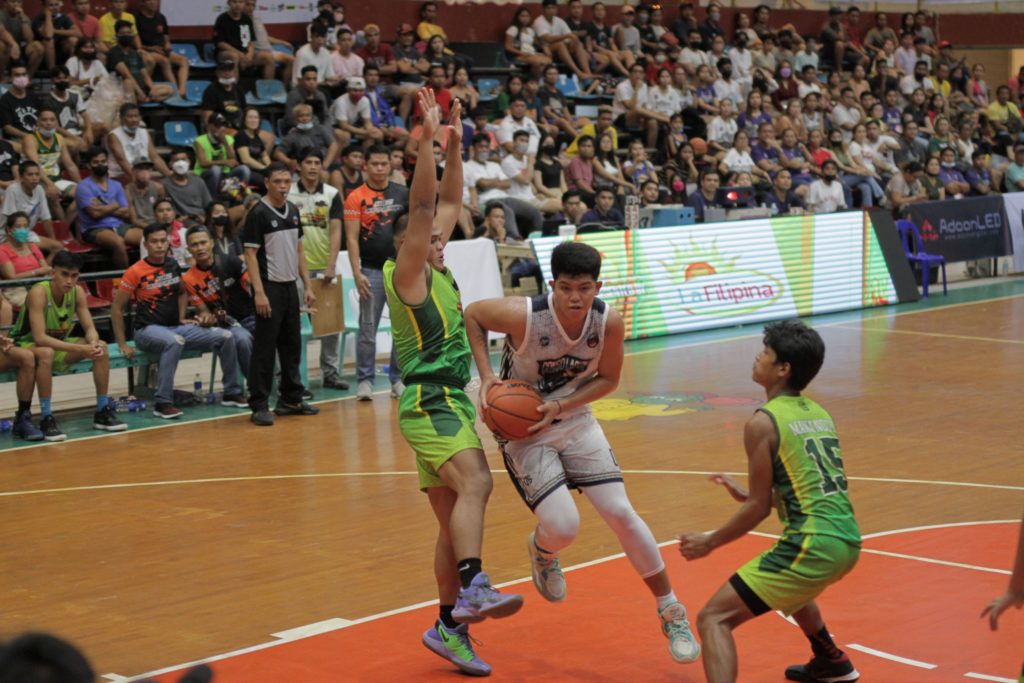 Consolacion’s Matthew Flores drives to the basket while being guarded by two defenders from Asturias during their PSL 21U game on Sunday, July 17, 2022. | Photo from the PSL Media Bureau

The Sarok Weavers, the PSL 21-U Aspirants Division Cup champion, are now 3-0 (win-loss) in the team standings after overcoming an equally determined Corn Ranchers. Prior to that, they outlasted the Sherilin-Unisol Mandaue City,73-69, in another nail-biting match.

Their intense back-and-forth hardcourt battle saw seven lead changes and nine deadlocks. However, Consolacion’s composure prevailed especially in the fourth period were they held off the Corn Ranchers scoreless with 4:30 remaining in the game.

They crawled back from a five point deficit, 60-65, and grabbed the lead, 68-65, en-route to sealing the victory from the efforts of Robles, Flores, and Taburnal.

In the first game on Sunday, the San Fernando Buffalos snapped their back-to-back defeats after manhandling the OCCCI Ormoc Sheermasters,95-75.

The Buffalos now have a 1-2 (win-loss) record in the team standings, while Ormoc hasn’t won a single game in two matches.

Kobe Palencia had 18 points, three rebounds and six assists for Ormoc. Ray Charles Libatog had 15 points with four rebounds and one assist.

San Fernando led as much as 22 points, 95-73, in the remaining minutes of the fourth period and maintained their commanding lead all the way to the final buzzer.