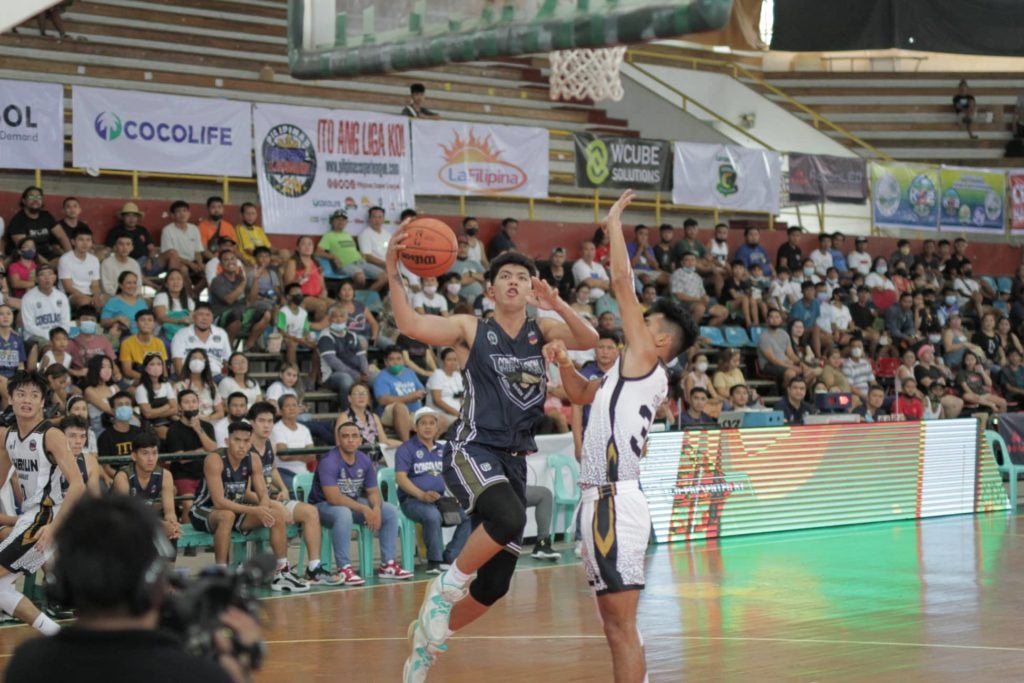 Matthew Flores of Consolacion Sarok Weavers soars high for layup while being defended during their game versus Mandaue City.

The Sarok Weavers are now 2-0 in the team standings along with the SEALCOR Cagayan de Oro Kingfishers after their come-from-behind victory against Mandaue City.

Consolacion’s big man Matthew Flores led the team in scoring with 16 points, 5 rebounds, and 1 assist. It included one crucial free throw that gave his team a two-possession lead with nine seconds left in the game.

Keaton Clyde Taburnal had 11 points, including a breakaway layup that gave Consolacion Sarok Weavers a three-point lead, 72-69, with 28 seconds left. Taburnal paired it with 5 boards and 1 assist. 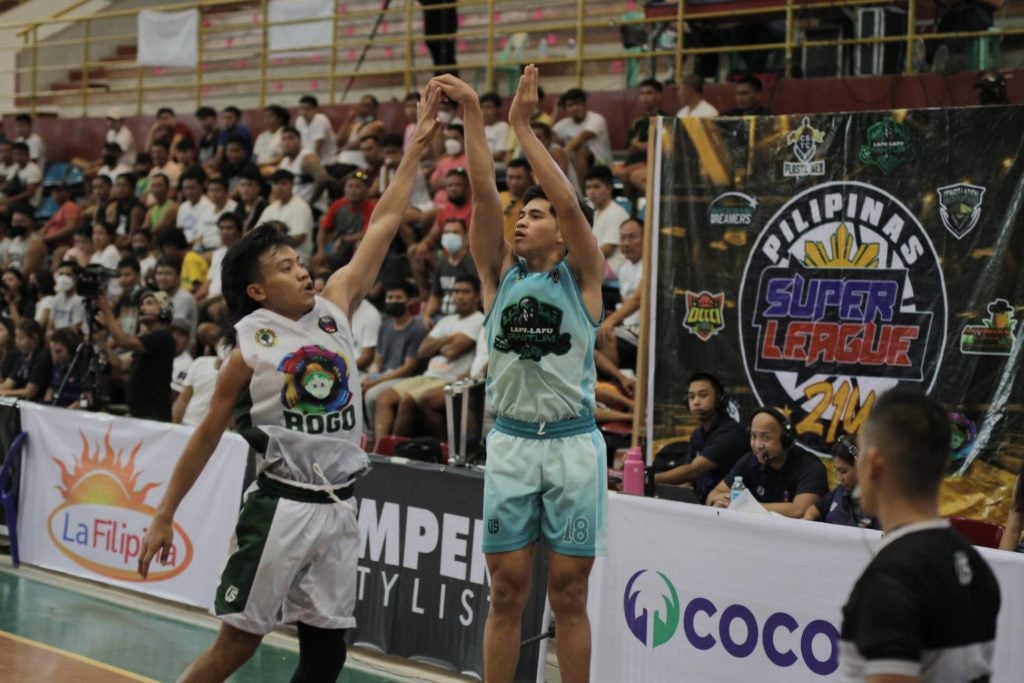 Lapu-Lapu City’s Jeco Bancale shoots a jumper while being defended during their game versus the Bogo City Bugoys on Saturday. | Photos from PSL Media Bureau.

In the second game, Lapu-Lapu City Pantum finally found its way on the winning side after outlasting Bogo City, 63-61.

Bogo and Lapu-Lapu City went back and forth in their closely-fought game, resulting to numerous lead changes and deadlocks in the second half.

James Gica led Bogo with 15 points, 1 board, and 1 assist, and Nico Lequin scored 10 points with 3 rebounds and 1 assist.

Lapu-Lapu now has a 1-1 (win-loss) slate in the team standings, while Bogo City remained winless after two games.