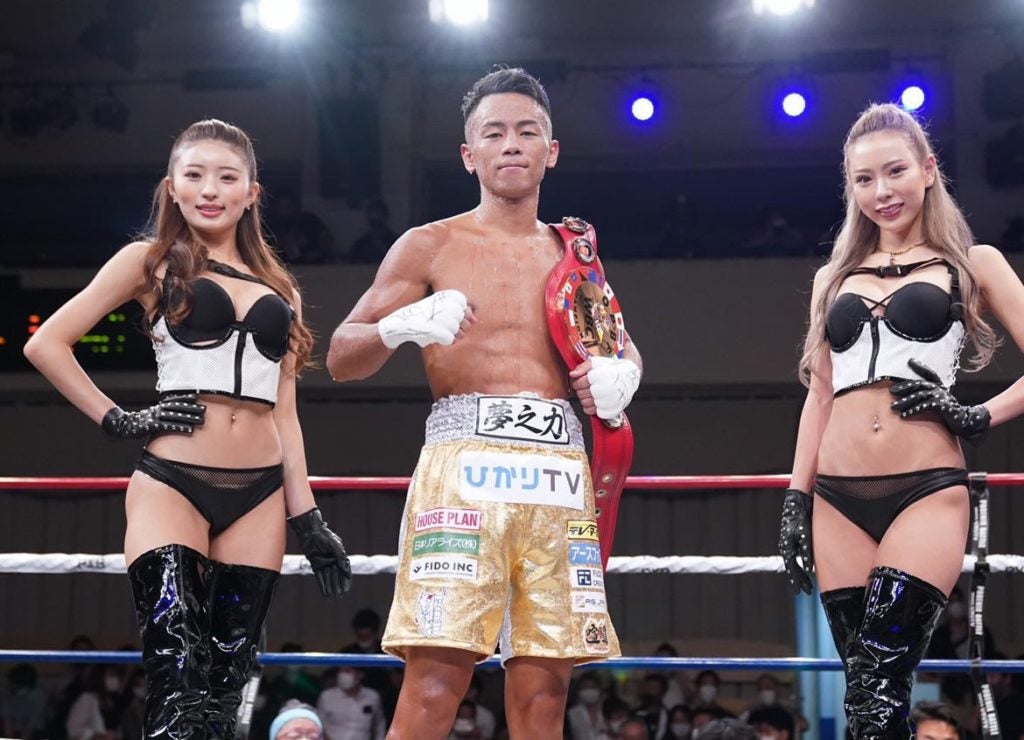 The referee who was also a Japanese stopped the bout at 2:07 mark of the fifth round when he saw Apolinar trying to regain his balance after getting hit with a short left straight.

Apolinar and his camp expressed disappointment with the early stoppage as the boxer from San Pablo, Laguna clearly still has a lot in him.

Apolinar, however, was knocked down twice before the stoppage in the second and fourth rounds.

In the opening bell, Apolinar looked fine, throwing more punches, and was the more aggressive boxer. In the second round, Takei started to throw accurate hooks that landed perfectly on their targets but Apolinar answered them with his own combinations.

In the second round, Apolinar got tagged with a short right hook that sent him to the canvas. He was able to get back on his feet and finished the round.

In the third, Apolinar landed a one-two punch combo, but Takei answered him with combinations.

In the fourth round, Apolinar was downed for the second time with the same punch that decked him in the second. He immediately got back up and engaged Takei in a furious exchange.

During the fifth round, Takei continued to attack Apolinar with accurate punches until he landed a short left straight to the latter’s head.

Apolinar lost his footing and tried to regain his balance, but the referee immediately stepped in, embraced him, and signaled the end of the fight.

Takei, a former kickboxing champion stretched his unbeaten record to 5 wins with 5 knockouts, while Apolinar dropped to 16-3 (win-loss) with 10 knockouts.   /rcg