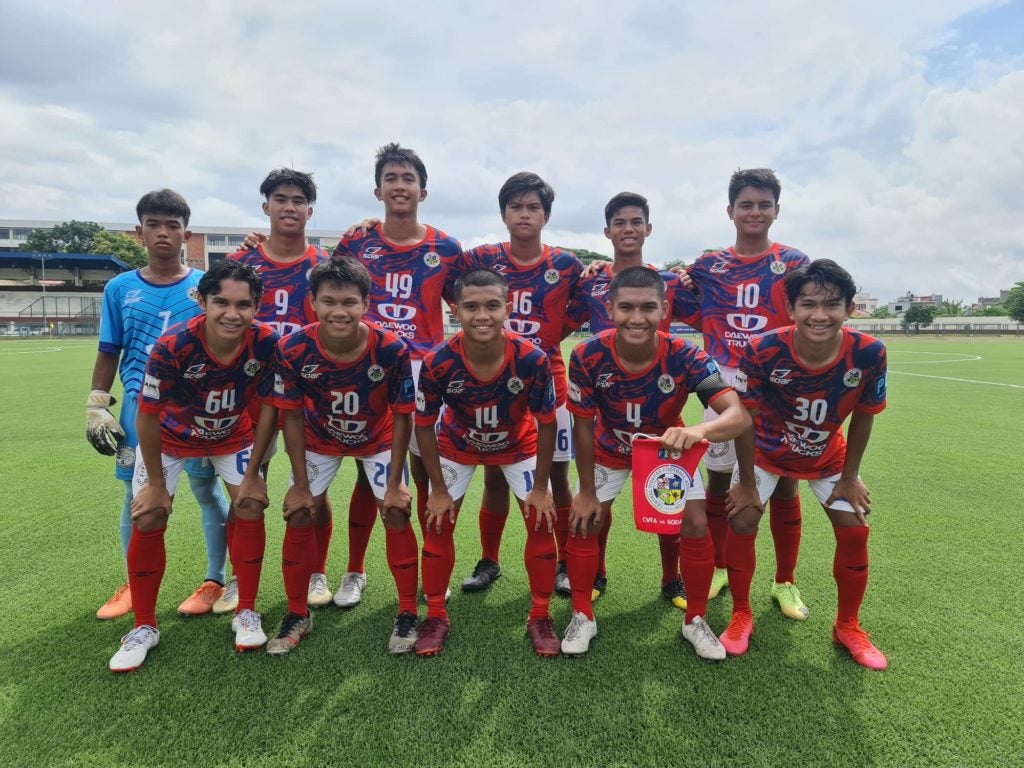 The CVFA U-19 team | Contributed photo

CEBU CITY, Philippines — The undermanned Central Visayas Football Association (CVFA) is officially back in the first division of the Philippine Football Federation’s (PFF) after finishing as the first runners-up in the PFF U-19 VisMin National Group Stage in Zamboanga City.

CVFA wrapped up their last match against the Camiguin-Misamis Oriental Regional Football Association (CMORFA) with a 1-1 draw on Saturday, August 27, 2022 at the Joaquin F. Memorial Sports Complex in Zamboanga City.

In total, CVFA earned five points from one win and two draws, while CMORFA finished with seven points from two victories and one draw.

The top two teams in the tournament earned their place back in the PFF’s first division. It means that CVFA is now included in the national level from the second division since 2018.

For CVFA U-19’s team manager, Josephril Partosa, they might not won the tournament’s title, but they accomplished in bringing back the association to its rightful place—the first division.

“It’s very rewarding for us because of what we’ve been through for the past four months. Despite the unforeseen circumstances, despite being undermanned. Our second stringers delivered quality performances. They’ve showed that they can do it also. With that I’m so proud of them. We played very good, it’s just that we lack the finish touches which prevented us from scoring goals,” Partosa told CDN.

“We’re still very thankful because we earned the first division again. We’re also happy for the result. We’re already looking forward for the national tournament next year in Carmona, Cavite.”

On the other hand, CVFA’s head coach, Glen Ramos agreed to Partosa’s assessment that the team lacked the finishing touches and good looks that didn’t convert into goals.

“We played very well. We actually had the game. We controlled the ball, we had better ball possessions and rotations. It’s just that we didn’t convert most of our attempts into goals. I don’t know why, but maybe because our squad wasn’t complete. If we’d be complete, there would be a huge chance for us to win the title,” said Ramos.

Ramos stated that he is hoping for CVFA and its sponsors and supporters to continue helping the team to prepare for next year’s national tournament.

During the match, CMORFA scored the first goal from Kent Quieta at the 21st minute when be broke free from CVFA’s defense.

CVFA scored the equalizer in the 65th minute from Uriel Villacarlos who easily flicked the ball undefended after receiving a pass from Stephen Soria.

Partosa said that their success wouldn’t be possible if not for their generous sponsors in Daewoo Trucks, Island Premium Paints, Maney Builders, and Colonie Pest Control.

CVFA U-19 booters off to Zamboanga for PFF National Championship

Man United protests turn to celebration after victory over Liverpool