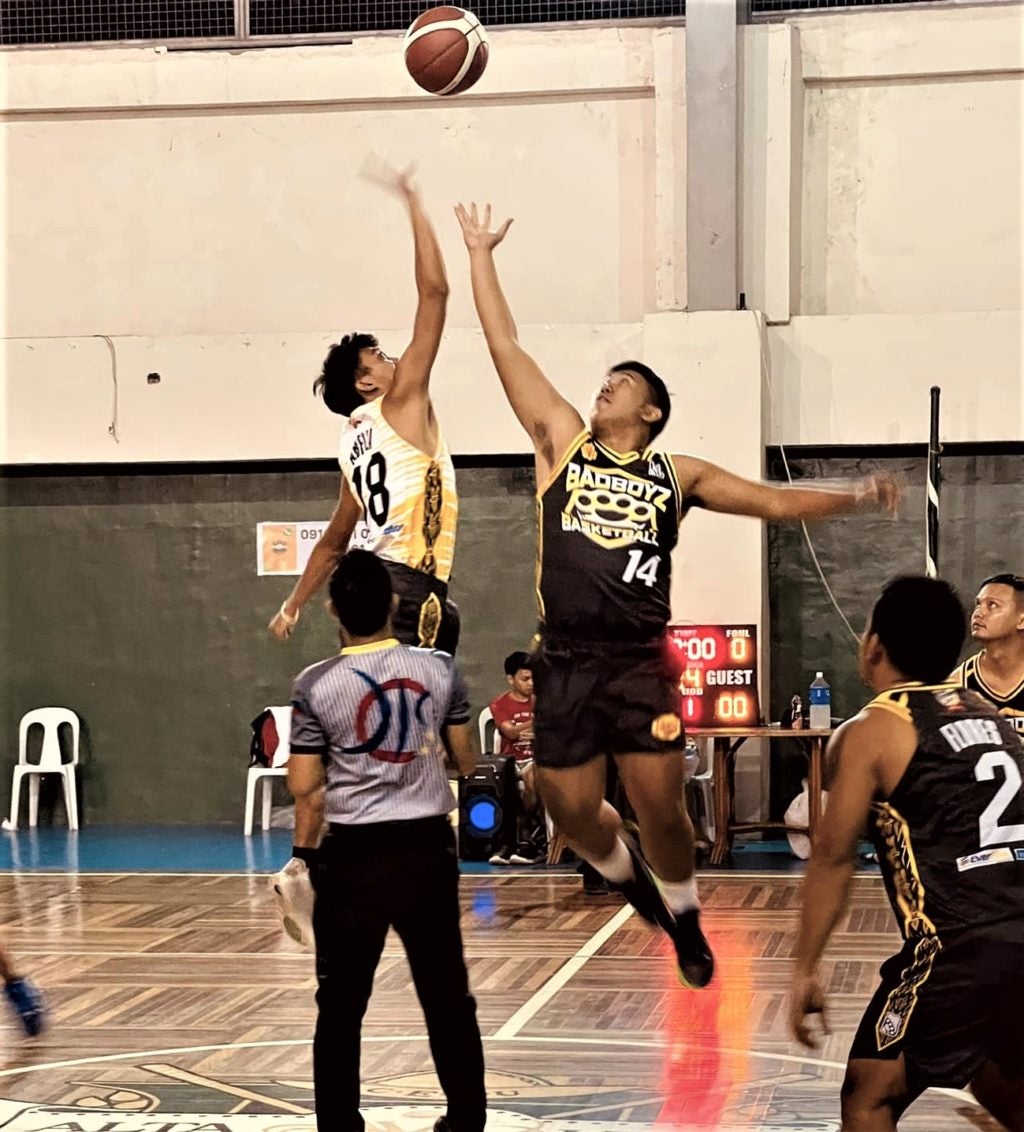 Players from Panthers (light) and Vipers (dark) goes for a rebound in the tip off of their Badboyz Basketball Club (BBC) Season 12 at the Alta Vista Country Club sports complex last Saturday. | Photo from BBC Facebook page

The Sharks, Vipers, and Pandas improved to a 1-1 (win-loss) record same as the three losing squads. This, as the three mentioned teams lost their respective games on opening night last August 20, 2022.

Kirby Navarro put up 9 points and 1 assist to lead the Sharks, while teammates Beethoven Salvador, Jay-r Pedrano, and Eric Siason each scored 8 points.

Max Steinbach had 13 for the Stallions, while AJ Labus had 10.

Meanwhile, team captain Gil Divinagracia led the Vipers with 14 points along with 1 rebound, while Johnrey Sarona had 13 markers, 3 boards, and 1 assist. Ton Caruzca scored 11 points, grabbed 4 rebounds, and 1 steal for the winning team.

Stephen Sanchez and Neil Buot each scored 14 and 12 points respectively for the Panthers.

Dexter Cabasan led the Pandas with his 21-point outing to go with 3 boards, 3 assists, and 1 block. Jessan Baron added 16 points, and Frederick Añabieza chipping in 14 markers.

The Dolphins’ Francis Paracuelles spoiled his 21-point performance along with John Rodrigo’s 14 points.

The next scheduled games is on September 3, 2022 at the same venue.