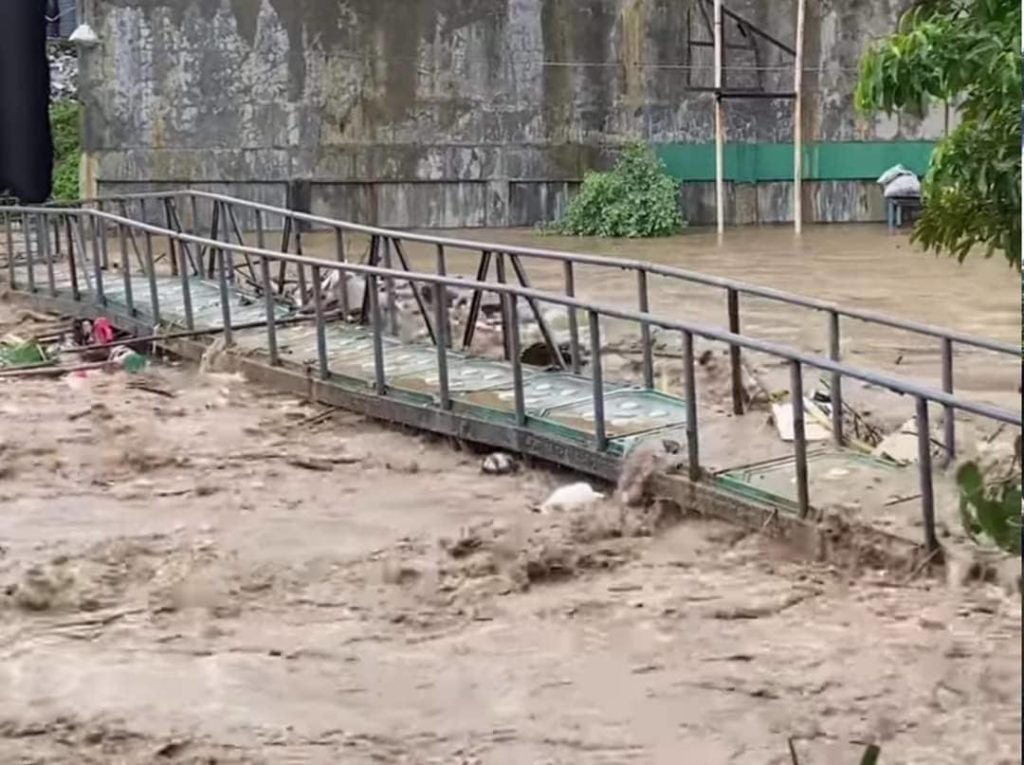 A footbridge in Barangay Maguikay, Mandaue City is about to be swept by raging floodwaters on Friday afternoon, Sept.  9, 2022.  / Photo courtesy of Kim Jay Rondina Gaviola

The heavy downpour on Friday afternoon caused the Butuanon River to overflow and even reached its highest water level yet.

Cabahug said this height of over two persons was on top of the river’s normal level.

Cabahug said there was a huge surge of water from the mountains that inundated Mandaue City being the river’s downstream.

Because of this, several families were rescued and evacuated by the CDRRMO.

As of 5:25 p.m, Cabahug said that their rescue operations are still ongoing. He said though that they did not receive any report of individuals being washed away by the flood.

Some of the most affected areas are in Barangays Umapad and Paknaan, said Cabahug adding that the City Social Welfare and Services are taking care of the evacuees.

He said the highest water level of the Butuanon River was recorded at about 3 p.m while the waters started to subside at 5 p.m.  /rcg