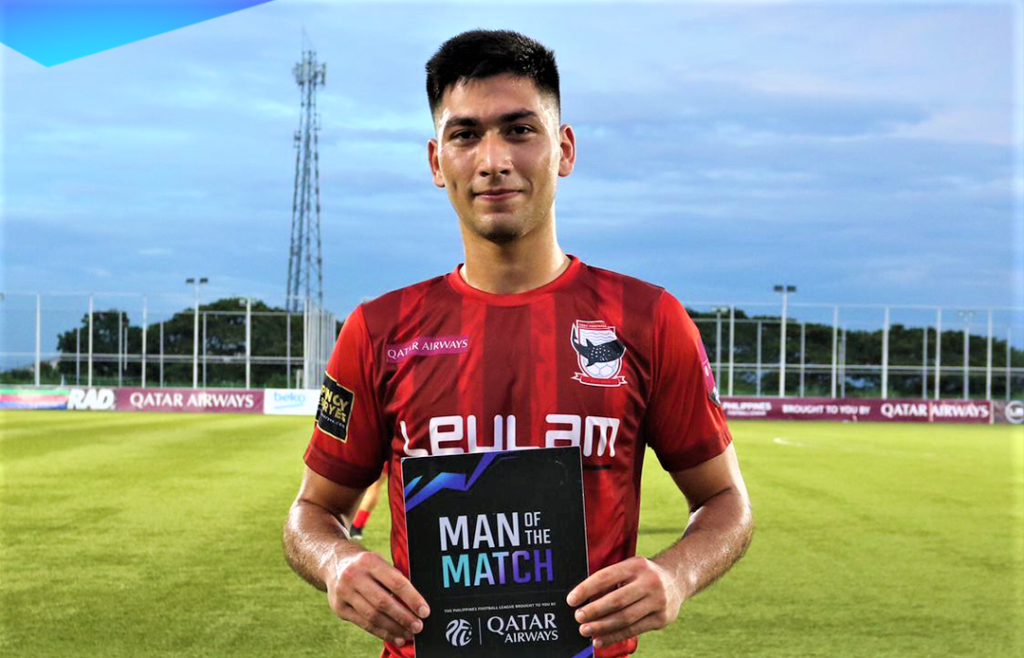 Arda Ćinkir of Cebu Football Club poses for the camera after being named man of the match. | Photo from the PFL Facebook Page

The victory towed the Gentle Giants into the No. 2 spot with 11 points from three wins, two draws, and one defeat. They are behind Kaya FC Iloilo with 15 points, while United City FC is at the No. 3 spot with 10 points.

The Gentle Giants showcased dominance on all fronts against the No. 6 ranked Mendiola FC after Turkish ace striker Arda Ćinkir scored a hat trick or four goals in the fifth, 21st, 23rd and 36th minutes.

Junior Ngong Sam prevented a shut-out game for Mendiola after scoring his team’s lone goal in the 67th minute.

During the match, Daniel Gadia passed the ball to Ćinkir, who was sprinting towards the goal for a header, giving CFC its first goal.

Ćinkir put CFC ahead, 4-0, after scoring two consecutive goals in the 23rd and 21st minutes.

Chima Ozuka made it 5-0 from a 35th-minute goal through his strike just outside the penalty box.

Not satisfied by his spectacular performance, Ćinkir scored his fourth goal from Borlongan’s accurate cross pass in the 36th minute as the Gentle Giants sealed the first half with a lopsided, 6-0 lead.

Junior Ngong Sam then scored his 67th-minute goal for Mendiola.