Motorcycle crashes into SUV in Minglanilla: Two dead, one injured 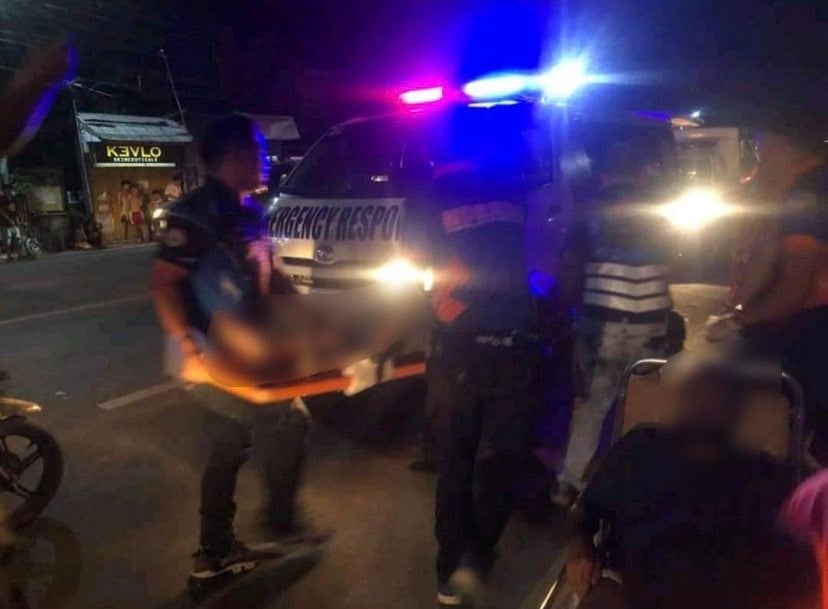 Two men died while one was injured after the motorcycle they were riding crashed into an SUV in Barangay Tulay, Minglanilla, on Friday evening, Sept 23.| MITCOM photo

CEBU CITY, Philippines — Drinking liquor and driving at high speed proved fatal to two men after the motorcycle they were on crashed into the back of an SUV at past 9 p.m. on Friday, Sept. 23, along the national highway in Barangay Tulay, Minglanilla town in southern Cebu.

The accident also injured one of the two people riding pillion or one of the backriders. He is the only one who survived the crash and is recuperating from his injuries at the hospital.

(If you drink liquor or you are drunk, don’t drive because the result is that you will find it difficult to control the steering wheel [or in this case drive the motorcycle safely] [And it’s possible that it will result into an accident].

Arreglo also identified those, who died in the crash, as Janrenan Omambac, 28, the driver of the motorcycle; and Nencris Omambac, 31, one of the backriders; and both were residents of Sitio Kapayawan, Barangay Colon in Naga City.

Arreglo said that the backrider, who was injured and survived the crash, was Mark Lester Pardillo, 33, also of Barangay Colon.

Arreglo said that the relatives of the victims admitted that the three men were drinking liquor before they drove off on the motorcycle.

According to the police investigation, Pardillo, the lone survivor of the crash, said that he asked Janrenan to take him to Minglanilla for an errand.

As they headed to the motorcycle, Nencris went after them and asked to go with them.

A witness told police that the Janrenan was overspeeding.

A tricycle driver said that he saw the accident when it happened.

Initial investigation showed that Janrenan died in the crash, the two backriders were rushed to the hospital for treatment.

Arreglo said that this morning, Nencris Omambac, one of the pillion riders or back riders, died of his injuries at the hospital.

Meanwhile, Arreglo also said that the relatives of the victims had already settled amicably with the driver of the SUV.

He said that the SUV driver promised to shoulder all the expenses of the victims.

Arreglo also reminded again motorists to be always cautious when driving and to never drive when under the influence of liquor.