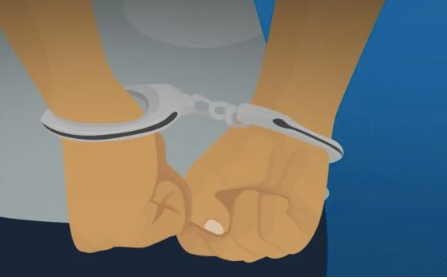 CEBU CITY, Philippines — A 45-year-old father, who left his hometown in Davao del Norte after he allegedly molested and raped his two minor daughters, was arrested in Barangay Pooc, Talisay City on Saturday, Oct. 8, 2022.

The man, who worked as a construction worker in Talisay City, was arrested after he was served a warrant of arrest in a bunkhouse where he was staying, said Police Lieutenant Colonel Randy Caballes, chief of Talisay City Police Station.

Caballes said the man had allegedly been in hiding in Talisay City for two years and had been listed as the most wanted person of a town, the suspect’s hometown, in Davao del Norte.

The Talisay police chief said that when they learned about the suspect’s whereabouts, they formed a joint team made up of Davao del Norte town’s policemen, Talisay City policemen, and the Regional Intelligence Unit in Central Visayas and Davao Del Norte.

They then served the warrant of arrest against the suspect and arrested him.

Based on the available information relayed to them, Caballes said that the incident happened last March 2020.

The suspect was detained at the detention facility of Talisay City Police Station.

Suspect in rape-slay of teen girl in Cavite nabbed