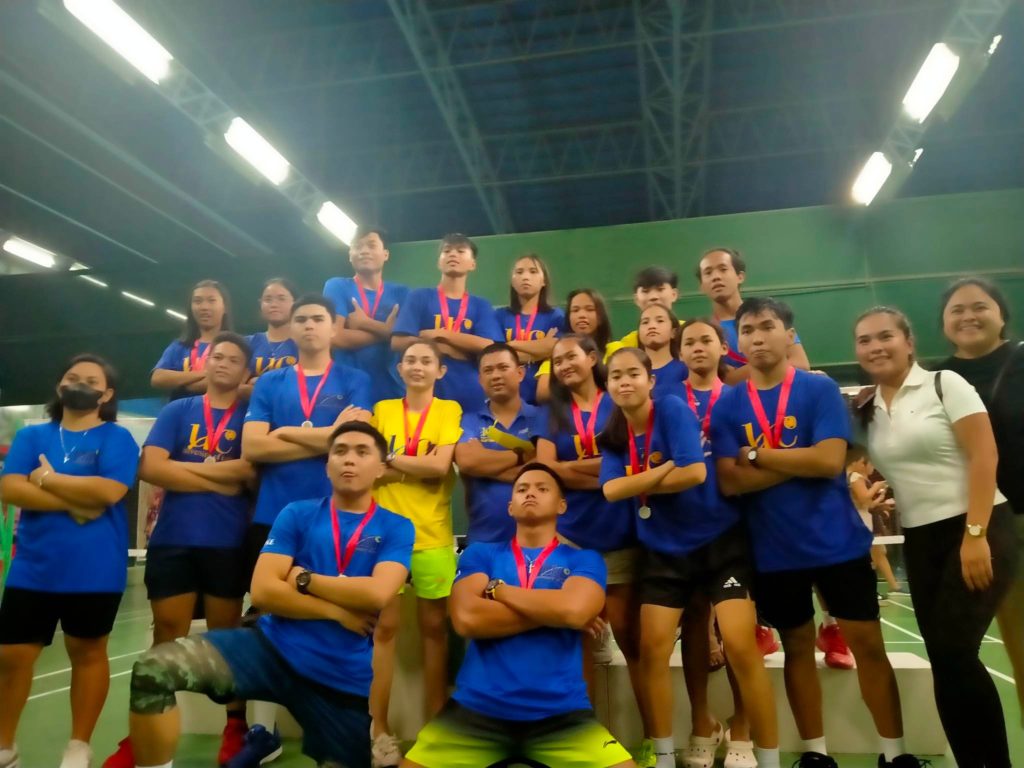 The UC Webmasters pose for a group photo during the awarding ceremony of the Cesafi badminton tournament at the Metro Sports Lahug over the weekend. | Photo from Layon’s Facebook page.

This was after, the UC Webmasters headed by its head coach Ramon Canada Layon ruled four categories in the high school competition, and clinched three titles in the college division.

In the high school division, the UC Webmasters topped the girls singles B, boys singles A and B, and the boys doubles categories.

Their collegiate counterparts topped the men’s singles A, men’s doubles, and women’s singles.

In the men’s singles A, Josephus Patalinghug defeated University of San Jose-Recoletos’s (USJ-R) Kieffer Dundas, 21-14, 21-8, in the gold medal round.

On the other hand, USC brought home five titles. John Villegas bested UC’s Carl Canillo, 16-21, 23-20, and 21-16, to rule the men’s singles B, while Mitzi Montalvo easily clinched the gold medal in the women’s singles A after USJ-R’s Dandielle Monter suffered an injury at the start of their gold medal match.

In the high school division, Trisha Acas won the gold medal in the girls singles by defeating UC’s Lorraine Pepito, 21-12, 21-13.