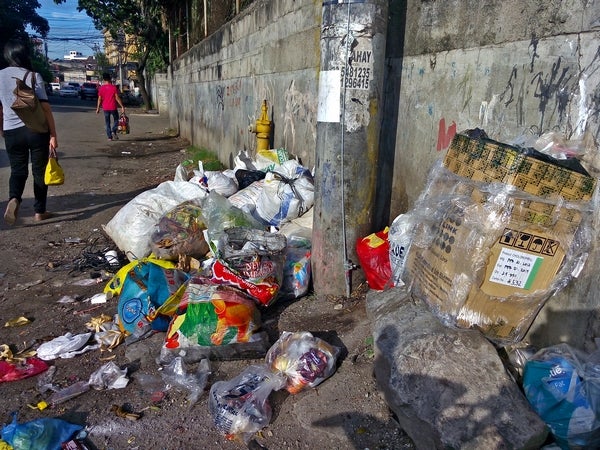 CEBU CITY, Philippines — Residents and visitors in Cebu City should take the garbage ordinance of the city more seriously as Mayor Michael Rama has suggested increasing the city-imposed fines for violators to discourage the public from indiscriminately throwing garbage in the city.

Rama noted that while city hall employees from the Department of Public Services (DPS) and the City Environmental Sanitation Enforcement Team (CESET) do their jobs in maintaining cleanliness in the city, some people seem not to care at all about maintaining the cleanliness and orderliness of the city.

READ: Cleaning up Cebu City: One mini-garden at a time

The current penalty for indiscriminate throwing of trash in public places is P500, under City Ordinance 1361 or “An Ordinance establishing a system of Garbage Collection, imposing fees, therefore, and appropriating funds and for other related purposes.”

Rama then asked Councilor Joel Garganera, who sits as vice chairman of the city council’s Committee on Health, Hospital Services, and Sanitation, to fast-track in coming up with a system that would impose discipline on trash disposal even at the sitio and barangay level.

READ: CESET to brgy officials: We need the help of tanods

Sought for comment, Garganera told CDN Digital that the committee is considering the mayor’s suggestion.

“Yes, we are considering it. In fact, we schedule a meeting with (councilor) Philip Zafra and other city hall departments like Cebu City Environment and Natural Resources Office, CESET, DPS, CTO, and the Department of Social Welfare and Services (DSWS) in order to get data re enforcement in fines collected in the past,” he told CDN Digital.

Part of Mayor Rama’s bid to make Cebu City Singapore-like is attaining cleanliness in the city.

Rama just returned from a seven-day “vacation” in Singapore, where he met with several government agencies to learn about their best practices.

Singapore is renowned for both its cleanliness and the extremely hefty fines it levies for littering.

CESET collects over 1000 tons of garbage from cemeteries