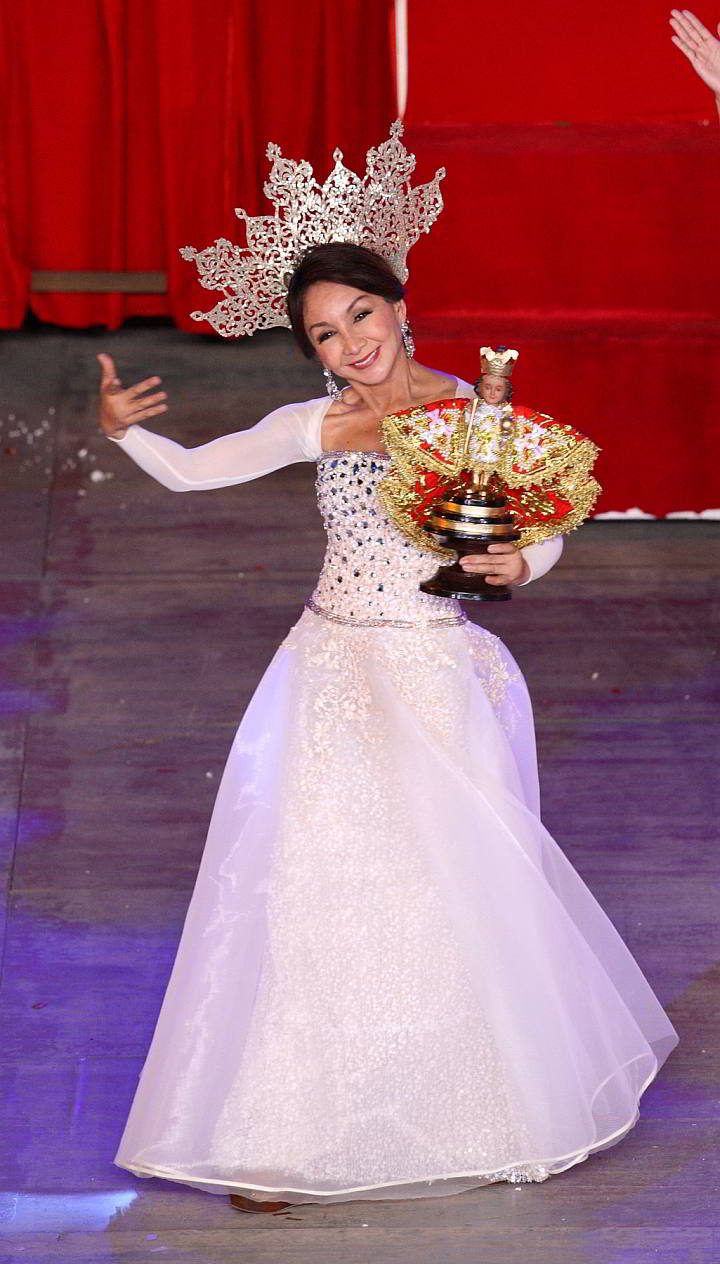 CEBU CITY, Philippines — Governor Gwendolyn Garcia will be back on the Sinulog stage this January 19, 2020.

The 64-year-old governor, this time, chose to make her comeback at the Sinulog ritual showdown with the dancers from Alcoy town’s Siloy Festival.

Siloy Festival, which has been a popular contingent in the past Sinulog celebrations, is not joining as a competing contingent for the Sinulog this year.

Garcia said she also chose to dance with Alcoy after the group finished fourth during the Capitol-organized Pasigarbo sa Sugbo last August 2019.

Read more: Gwen on Pasigarbo sa Sugbo: We have a show that makes us proud to be Cebuanos

During the Pasigarbo sa Sugbo’s ritual showdown, the child dancers of Alcoy captured the audience attention through freestyle cartwheels and split stunts during their performance.

“Since wala man silay plano to participate as a contingent in the Sinulog competition, that would give me the chance to choose them,” Garcia said.

Garcia added that she could not dance with Carcar City’s Kabkaban Festival dancers during the Sinulog since the group would undoubtedly be competing to defend their title as the defending champion of Sinulog in the Sinulog-based Category.

Carcar City was also hailed as the grand prize winner during the Pasigarbo sa Sugbo.

This is Garcia’s first time to dance with the Siloy sa Alcoy.

Gwen’s participation in Sinulog started back in her earlier stints as governor.

In 2008 she was with Bantayan’s Palawod Festival. She became the festival queen of Santander’s Tostado Festival in 2009; Tabuelan’s Ani-anihan Festival in 2010; and Bonga Festival of Sibonga in 2011; La Torta of Argao in 2012.

Despite holing up in her office due to a six-month suspension during her last term as governor in 2013; Garcia made it to the Sinulog celebration that year and danced with Liloan’s Rosquillos Festival where his son-in-law, now fifth district Congressman Duke Frasco, was then the mayor.

Liloan at the time was also the reigning winner of Pasigarbo sa Sugbo.

Since 2014, Garcia missed joining as a dancer in the Sinulog as she explained that “circumstances changed and [she was] no longer governor.”