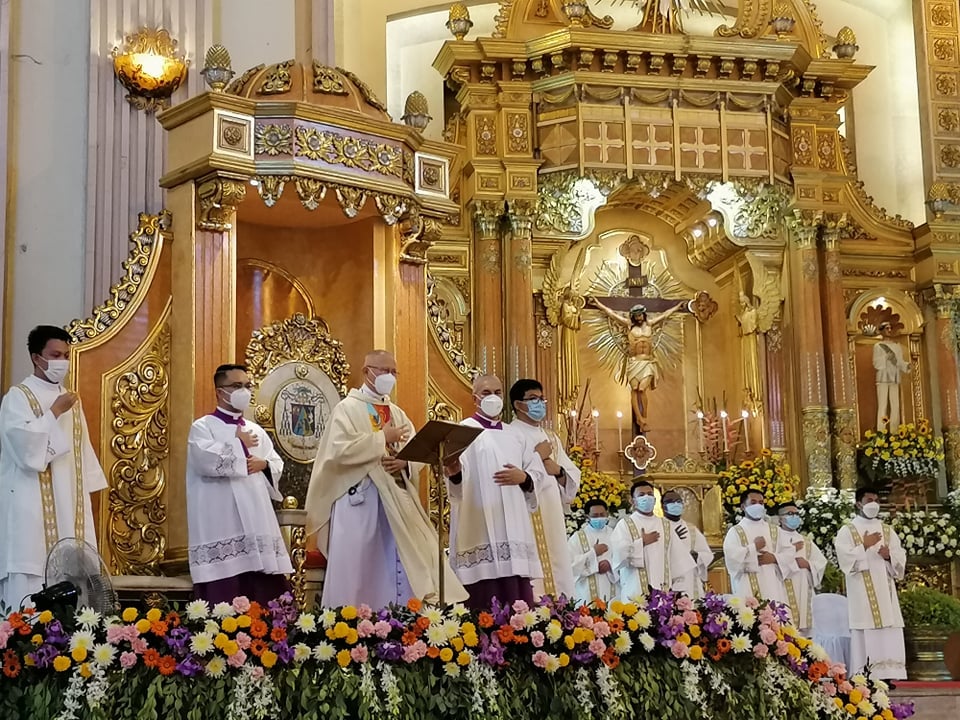 CEBU CITY, Philippines — Years of preparations have finally come to a fruition as Cebu on Easter Sunday, April 4, officially began the celebrations for the 500 Years of Christianity in the Philippines (500 YOC).

Dozens of individuals flocked to the Cathedral to witness the ceremonial launching of the 500 YOC, presided by Archbishop Jose Palma.

The event began with the opening of the Cathedral’s Jubilee Door to mark the declaration of the start of the Jubilee Year for the quincentenary celebrations of Christianity’s arrival in the country.

12 other heritage churches in Cebu also simultaneously opened their Jubilee Doors at that time.

Anyone who passes through the Holy Doors, and who recently went to confession, receives Holy Communion, and prays for the intercession of the Holy Father and the Church, will receive plenary indulgence or complete remission of all temporal punishments due to sins.

Palma led the procession into the Jubilee Door and then celebrated the Mass where church priests and workers also conducted the renewal of baptism.

The event concluded with the unveiling of the Cathedral’s Jubilee Cross, another highlight in line with the 500 YOC.

For his part, Palma told reporters in an interview that he was delighted that the event was a success.

“What we have done is being done all over the country. That coordinated celebration is a sign of unity but at the same time, we are aware of the significance of our whole country, the Philippines,” said Palma.

Other events, which are part of the 500 YOC celebrations, are the reenactment of the First Baptism, which will be done this April 14 at Plaza Sugbo, and the blessing of the third Cebu-Mactan bridge. /with reports from the Philippine Daily Inquirer

500 Years of Christianity and the Quincentennial Cross

Read Next
88 centenarians in CV to receive P100K gift