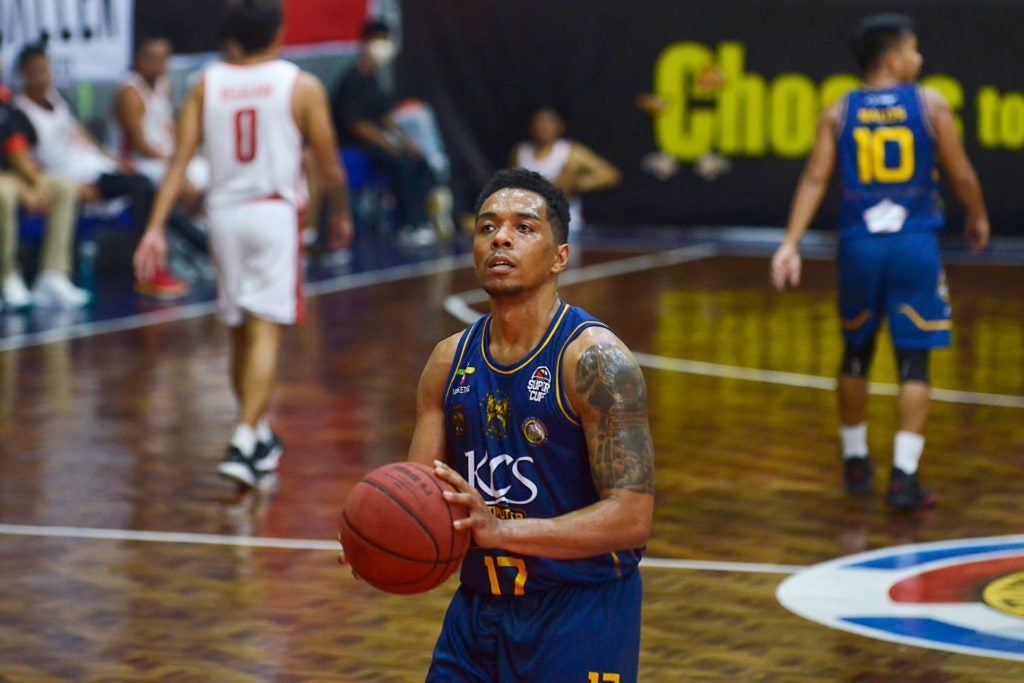 KCS Mandaue’s Ping Exciminiano prepares to shoot a free throw during their game versus the Dumaguete Warriors in the Pilipinas VisMin Super Cup. | Photo from VisMin Super Cup Media Bureau

CEBU CITY, Philippines — The KCS Computer Specialists – Mandaue City put an exclamation point to their last game of the elimination round by thrashing the Dumaguete Warriors, 78-50, in the Chooks-to-Go Pilipinas VisMin Super Cup-Visayas, Friday, April 30, at the Alcantara Civic Center in Alcantara town, southwest Cebu.

The win gave the Specialists an 8-2 record at the end of the double round-robin eliminations. All they need to do now is take a short rest and wait for their opponent in the semifinals that begins on Tuesday, May 4.

They will have a twice-to-beat advantage in the semifinal round. More than the victory, KCS Computer Specialists head coach Mike Reyes was pleased with his team’s grasp of their defensive schemes, which he said would prove vital against their opponent in the semifinals.

“Of course, maganda ang morale nila pero mas importante is our defensive schemes are getting more consistent than before. We are also addressing the rebounding. I think we are more than ready for the semis,” said Reyes.

Ping Exciminiano, who had been hampered by a strained hamstring all tournament long, finally got going after leading the team with 16 points, 4 rebounds and 3 steals.

Bruising forward Red Cachuela and Phil Mercader also had solid games with 9 points each, with the former adding 10 rebounds, 2 assists, and 2 blocks while the latter piling on 5 boards and a dime.

Gryann Mendoza was all over the stat sheet as well, compiling 7 points, 6 rebounds, 6 assists, 2 steals, and 1 block.

The Warriors had James Regalado and Hero Tomilloso each scoring 11 points as they finished the elimination round with a 2-8, slate. They will wait for the remaining games to be played before they can determine who they will face in the crossover knockout games to face the Specialists in the semis.

Garcia takes over as head coach of Dumaguete Warriors

Read Next
NHCP: No historical accounts on birthplace of Lapulapu