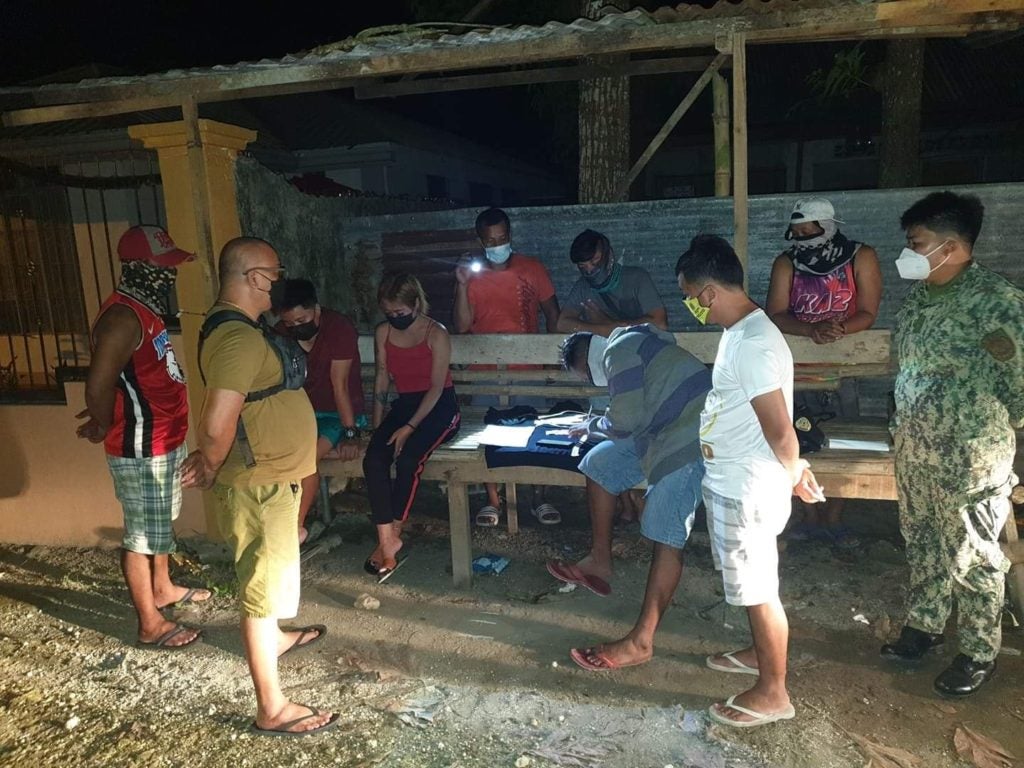 Two women were arrested with P816 worth of suspected ‘shabu’ during a buy-bust operation in Barangay Poblacion of Asturias town northwestern Cebu on Saturday, May 22. | Photo from Asturias Police Station

CEBU CITY, Philippines — It only took nearly five months after being released from jail and P816 worth of suspected shabu to send a former female inmate back to prison.

This after police caught Gretchen Ortega, 32, who had been released from jail in December 2020, and her female partner with .12 grams of suspected shabu during a buy-bust operation at 10:30 p.m. on Saturday, May 22, in Sitio Tangad, Barangay Poblacion, Asturias town in northwestern Cebu.

Police Major Gilfred Baroman, Asturias Police Station chief, the illegal drugs taken from the suspects had a Dangerous Drugs Board value of P816.00.

Baroman also said that they also arrested alleged Ortega’s female partner, Roxan Aumento, 25, who was the target of the operation.

Although they only caught both suspects with .12 grams of suspected shabu, he described both women as those who could dispose 5 to 10 grams of illegal drugs in a week in Balamban town in western Cebu and Asturias areas.

He also said that Ortega had just been released last December 2020 after agreeing to a plea bargain.

She was arrested and detained in October 2020 after she was caught with illegal drugs.

Aside from that, Baroman claimed that Ortega and Aumento had allegedly a personal relationship with the latter allegedly being the former’s girlfriend, and that relationship allegedly extended to the illegal drug business of the latter.

The police chief said that they had put under surveillance both women for two weeks before they conducted the buy-bust operation because both women were extra careful in making their transactions.

(If we will not really focus [on winning their trust], it will be more difficult for us to arrest them because they would only do business with their close friends. They were very careful.)

The police chief said that Aumento was the target of the operation because she was believed to have continued the alleged illegal drug business of her jailed live-in partner.

He said that during interrogation, the women admitted that Aumento would allegedly sometimes transact business with her jailed live-in partner about where to get the drugs and whom to deliver them to.

The police chief also said that Ortega, on the other hand, would allegedly help Aumento in sometimes delivering the drugs to the customer or the customer would contact her that they would need drugs.

Aumento also told police that she was new to the illegal drugs business, but Baroman said that they were investigating how long she had really been in business especially since her jailed live-in partner had been in and out of jail.

Jail Superintendent Jose Abueva, Cebu City Jail warden, for his part, said that they did not receive reports from Asturias Police Station regarding Aumento’s alleged transactions to her jailed live-in partner inside the Cebu City Jail.

He said they would take appropriate action against the inmate or person deprived of liberty (PDL) once they would receive the report from the Asturias police.

Both arrested women were detained at the Asturias Police Station detention cell pending the filing of charges.