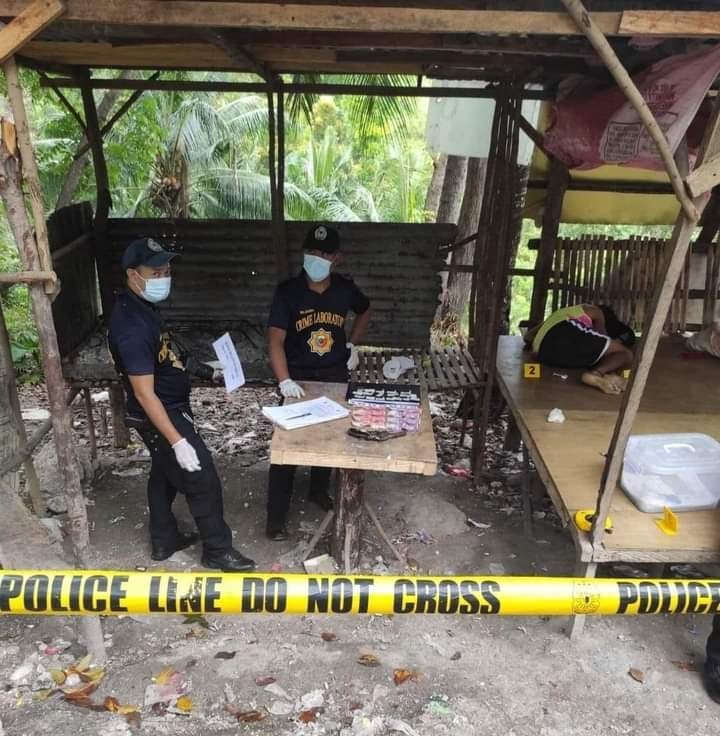 CEBU CITY, Philippines — A drug suspect was killed after he allegedly tried to shoot an undercover police officer with a handgun during a buy-bust operation today, May 31, in Barangay North Poblacion, San Fernando town in southern Cebu.

Joseph Ubanan, 27, the target of the buy-bust operation, died after he was shot in the body by the undercover policeman, said Police Master Sergeant Herbert Panangganan, San Fernando Police Station investigator.

Aside from that, Ubanan’s alleged cohort, Nilo Manacpo, 35, was also arrested during the operation at past 10 a.m. today, May 31, said Panangganan.

He also said that 4.1 grams of suspected shabu with an estimated Dangerous Drugs Board value of P27,880 were taken from the suspects, who were both from Barangay Poblacion.

An unlicensed .38 caliber revolver was also recovered from the dead suspect.

Panangganan said that they started monitoring Ubanan and Manacpo’s illegal drug business for at least 3 weeks after receiving information about their illegal activities.

After three weeks of surveillance, they then conducted the buy-bust operation today.

He said that they considered Ubanan as allegedly a high value individual in their drug watchlist.

He claimed that Ubanan allegedly could dispose 15 grams of suspected shabu in a week.

Initial investigation showed that the undercover policeman was transacting with Ubanan at past 10 a.m., when the latter realized that he was dealing with a policeman.

It was then that Ubanan allegedly tried to pull out a gun but the policeman, also noticed Ubanan’s move, was quicker and was able to shoot first, hitting the suspect in the body.

However, when the doctor arrived in the area and checked on Ubanan, he  said that Ubanan was already dead.

Manacpo was detained at the San Fernando Police Station detention cell pending the filing of charges.

HVI dies during buy-bust, P3.4M worth of ‘shabu’ seized in Lapu-Lapu