A viral photo reminding everyone to respect pedestrian lanes

CEBU CITY, Philippines— With over 500 shares an hour after posting it on CDN Digital’s Facebook page, this simple photo is really a good reminder to every motorist to respect pedestrian lanes.

Netizen, Rai Kko shared on his Facebook account on July 1, 2021, a photo of a kid carrying banana cues and running while crossing the street in Barangay Talamaban in Cebu City.

Why is the kid running? Simply because some motorists are honking their horns at the motorcycle rider in a yellow raincoat, who stopped to give way to the kid to cross at the pedestrian lane.

In the viral photo, you can see the motorcycle driver pointing at the kid seemingly explaining to the angry motorists at the back that he was simply giving way to the kid to cross. 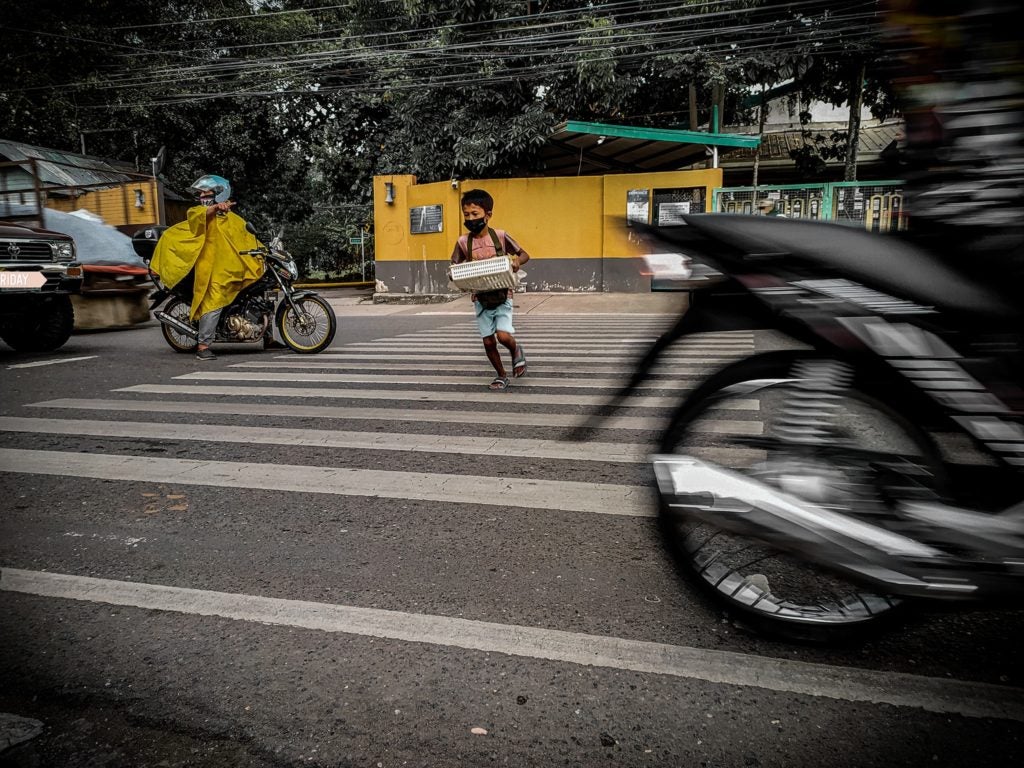 In KKo’s caption, he said,

This simple photo shows how this kid is a great example of pedestrians to follow rules in crossing the streets.

And a reminder to motorists to do their part in sharing the road and in respecting traffic rules.

(We should give way to those crossing at the pedestrian lane.)

Let this photo remind us of our part in sharing the road and in respecting simple traffic rules.

In Cebu City, 83 charged in April for unpaid traffic fines