Councilor Amores: I did not declare war on Mayor Chan’s administration 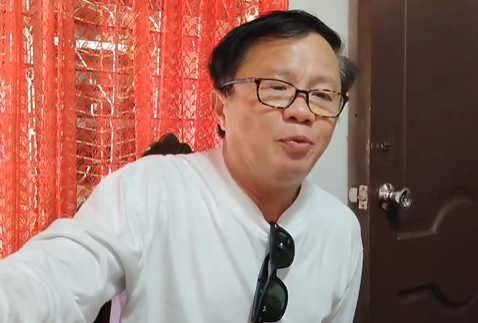 LAPU-LAPU CITY, Cebu, Philippines — Lapu-Lapu City Councilor Rico Amores has answered Mayor Junard Chan’s allegations against him, saying that he (Amores) did not declare war on the mayor and his administration.

Amores said that he had no capacity to go against the mayor and to declare war against him and his administration.

He said that if there was someone, who was declaring war, then it would be the mayor after the latter allegedly terminated all of Amores’ 11 job order and casual employees.

Amores also denied the mayor’s allegations that he caused the delay of the projects of the city administration, which were discussed during last week’s City Council session.

Amores was referring to Chan’s allegations that he posted on his Facebook page on Saturday, July 24, stating that the councilor had been blocking the mayor’s projects at the city council.

These included the implementation of the socialized housing program; the purchase of an airconditioning unit for Lapu-Lapu City Hospital (LLCH); preventing his representative, City Legal Officer Lawyer Eugene Espedido, to participate in the discussions at the city council; and declaring war against Chan’s administration.

(We have already made progress and we have started reaping the fruits of change that we have envisioned. Unfortunately, last Thursday, during the City Council session Councilor Rico Amores told his colleagues that ‘this is war’)

In a video posted on Amores’ Facebook page on Sunday, July 25,  the councilor strongly denied the mayor’s allegations.

Amores said that he was not the one responsible for the deferment of these projects because these did not fall in the committee in which he was the chairman.

He also said that it was Councilor Flaviano Hiyas, chairman of the committee on finance, who requested for the deferment of the purchase of air conditioning units at the LLCH because they had implemented a reorganization of committee chairmanship in their regular session on July 22.

The councilor also said that it was Councilor Epoy Paquibot, chairman of the committee on laws, who also requested for the deferment of the socialized housing project in Barangay Canjulao, and not him.

On the issue of snubbing the mayor’s representative in the City Council, Amores clarified that only members of the City Council could participate in the discussions during the regular session,  except in cases where the council would invite a resource person.

(The mayor wants Atty. Eugene Espedido to join in the discussion about what goes on in the City Council.)

(They can only join in the discussion if they are invited in the council as resource persons. The council is also the one who invited them.)

Amores is an ally of Rep. Paz Radaza of the lone district of Lapu-Lapu who is the political rival of Mayor Chan.