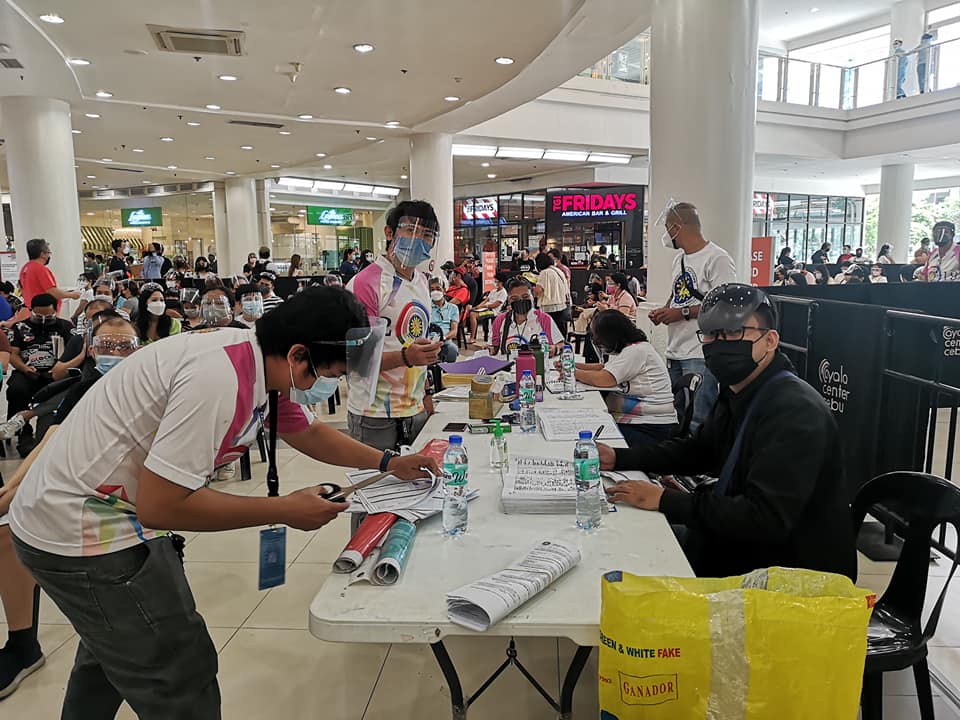 CEBU CITY, Philippines — The Commission on Elections (Comelec) in Cebu City served over 800 individuals during the launch of their mall registration on September 9, 2021, in Ayala Center Cebu.

The two district office of the Comelec, North and South District, has transferred their voter registrations to the malls to accomodate more people on the last three weeks of the registration.

The schedules of which will be announced on the Comelec North District and South District Facebook pages.

Mamalinta said the number of registrants on September 9, 2021, was far greater than the average number of individuals the two poll offices can serve on a daily basis.

Without the constraint of small space, thereby limiting the number of individuals processing for the day with respect to social distancing, the Comelec was able to accomodate more registrants.

(It’s a huge leap considering that the space in a mall like Ayala is huge. We can accommodate several people.)

The Comelec Cebu City expects that more registrants will be accomodated until September 30, 2021, with the large space provided by malls.

Registrants are encouraged to set an appointment online so that their visit may be cut short by avoiding filling up forms at the site.

However, Mamalinta said the Comelec mall registration kiosks would accept walk-ins because of the limited time left for registration, which is only until September 30, 2021.

Comelec are encouraging those, who have yet to be registered, to set an appointment and grab the chance for the mall registration so that they can be registered voters before the deadline and before they lose their chance to vote in the next 2022 national and local elections.