CEBU, Philippines — Prior to the announcement of the Miss Universe Philippines 2021 winners, judge Vicki Belo shared a video on Instagram revealing the decision to crown Cebuana queen Beatrice Luigi Gomez was unanimous.

In her Instagram stories, Belo mentioned some of the ‘obstacles’ before the pageant’s big night.

“It was hard for them to put up this contest because the IATF rules are even stricter. There’s no actually crowd at all,” she said.

The judges cannot go up to the stage to crown the winners. 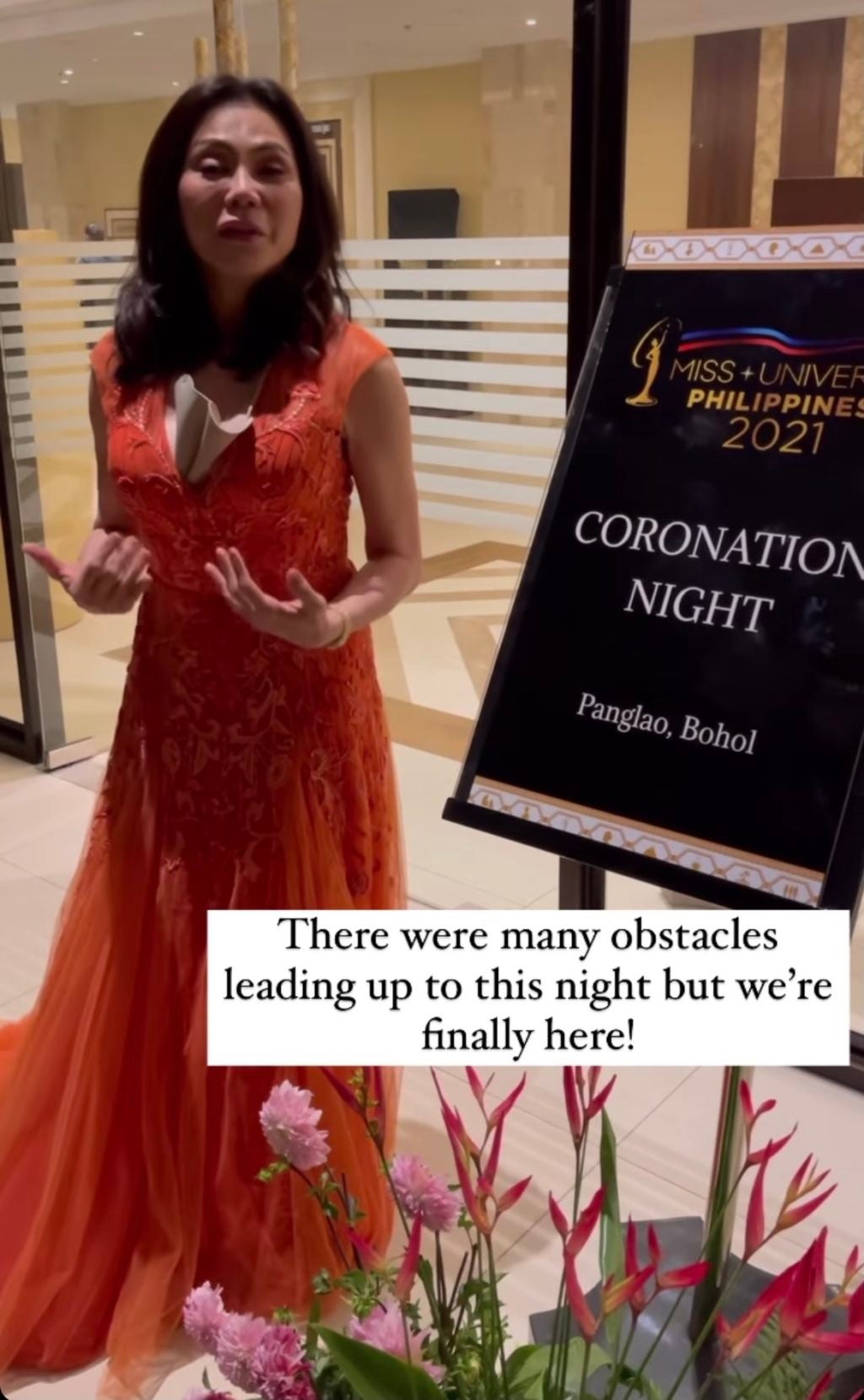 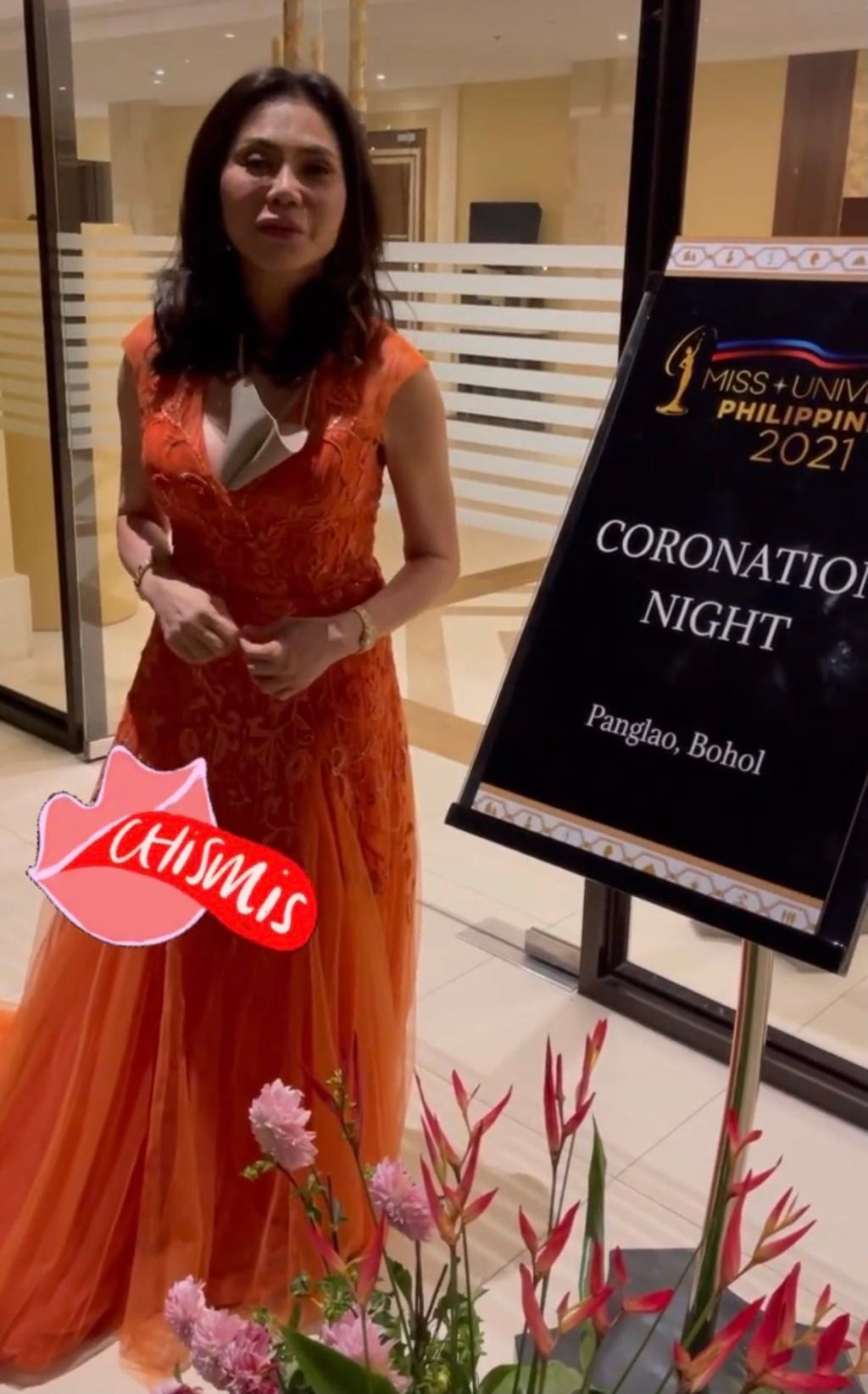 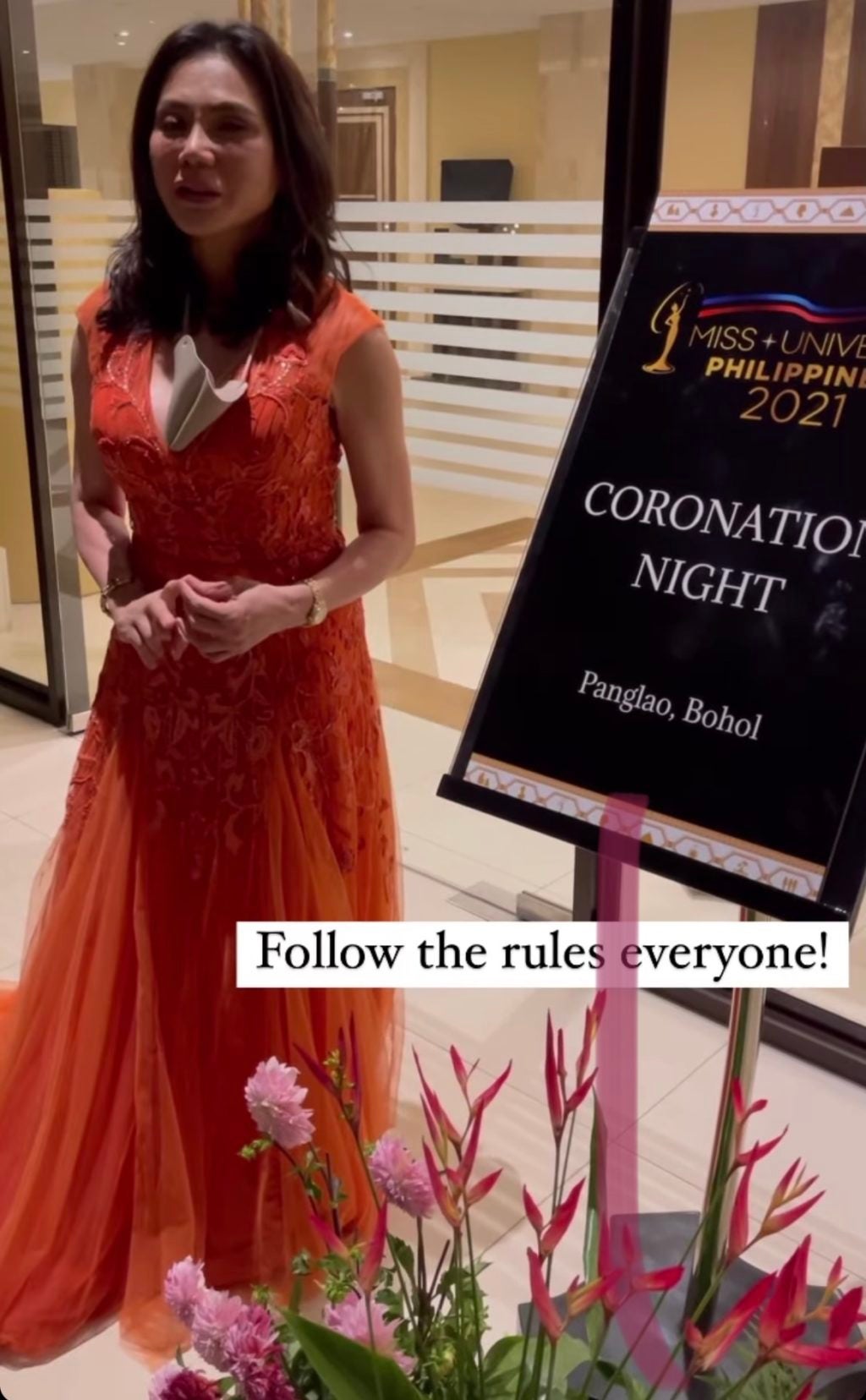 According to her, two of the candidates were not able to join the pageant after they tested positive for COVID-19.

“It’s been very difficult…we have to wear mask. Sayang naman ang aking gown hindi bagay sa mask (It was disappointing because my gown did not match with the mask),” she jokingly said.

The MUPH judge also revealed two of the contestants broke the rule.

“Two candidates broke the rules kanina and had their makeup done somewhere else, but I can’t tell you who they are. Although that’s not good, breaking rules,” she claimed.

The grand coronation night was supposed to be held in Subic, however, in a last-minute decision, it was moved to Panglao, Bohol.