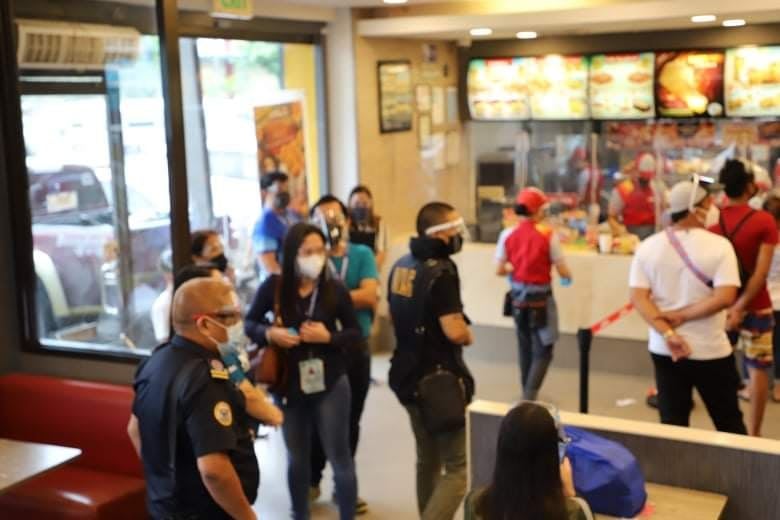 LAPU-LAPU CITY, Philippines — Seven outlets of a fast-food chain were issued a Safety Seal Certificate by the Lapu-Lapu City Inspection Team, for following the minimum health and safety protocols against Coronavirus Disease 2019 (COVID-19).

The team was headed by Mayor Junard “Ahong” Chan, through a representative, who inspected outlets of a fastfood chain in Island Central Mall in Barangay Ibo, Mactan, Basak, MEZ II, Lapu-Lapu Radaza building and La Nueva in Barangay Poblacion, and Gaisano Island Mall in Barangay Pusok.

After checking the outlets, Claire Cabalda, mayor Chan’s representative and the head of BPLO, issued the safety seal to each of the outlets’ managers.

“We follow safety and health protocols against COVID-19,” the safety seal reads. The safety seal was posted at the entrance door.

During the inspection, however, minor deficiencies were observed by the inspection team, such as the lack of air purifiers in some outlets.

Some outlets had just purchased their air purifiers, while others are still installing them.

The team also noticed that some outlets have no segregated garbage bins, while others use the same exit and entrance doors.

The inspection team noted all these deficiencies and issued recommendations for managers to comply soonest.     /rcg