Palma to Cebuano faithful: Pray, reflect before casting your votes 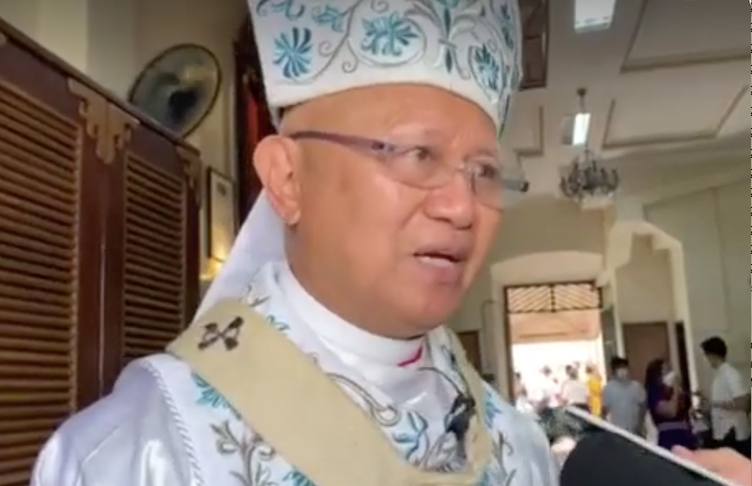 Cebu Archbishop Jose Palma is reminding priests not to campaign at the pulpit as the May 2022 elections near. | Screengrab of Archbishop Palma’s video

CEBU CITY, Philippines — With just nine days left before the national and local elections, Cebu Archbishop Jose Palma is asking the Cebuano faithfuls to pray and reflect before casting their votes.

While the Catholic Church in the Philippines has not endorsed any candidates to give priests and the clergy the freedom to make their own choices, Palma said, God should be made the ‘center’ of these choices.

“Seryoso kini nga exercise sa freedom and democracy. If we are serious and we pray.  And if we discern, then we should be able to, with God’s grace, come up with people we really believe tungod sa ilang character and commitment,” he said.

The prelate also urged Catholics to always be cautious against misinformation being spread to smear the reputation of some candidates because lies are now easily propagated online.

Palma said each voter must discern the truthfulness of each piece of information that they receive in order to avoid being influenced by selfish motivations that are rampant during the campaign period.

“There are many ways of campaigning. We are aware of the seeding of lies. We are aware of historical revisionism. We should be prayerful, cautious, discerning. The kind of government we will have, depends on the people we put in power,” the archbishop said.

Palma said the realization of the kind of government that the public wants also depends on people that they elect to power.

The archbishop also reiterated the call of Pope Francis for all Catholic Christians to participate in politics, in their respective localities and countries, in an engaged manner.

In the Philippines, Filipino Catholics are called to discern and seek the guidance of the Lord before casting their votes on May 9, 2022.