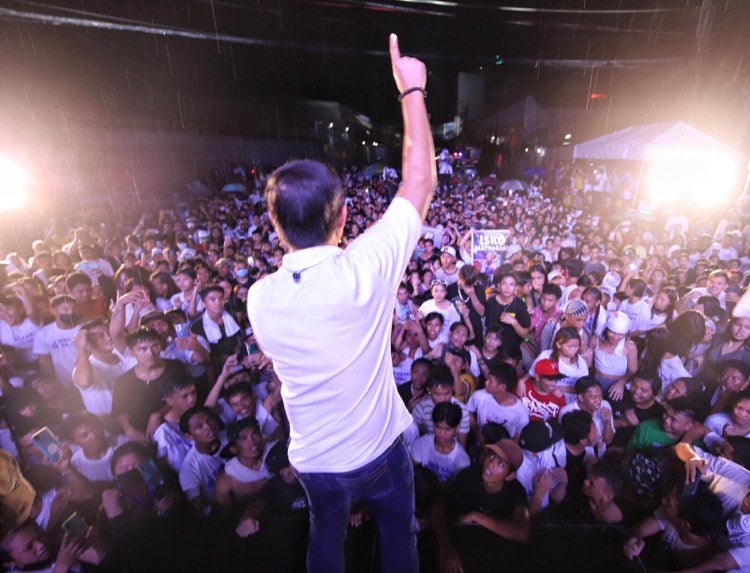 MANDAUE CITY, Cebu — Aksyon Demokratiko presidential candidate Isko Moreno Domagoso on Wednesday said he was always grateful whenever he would come to Cebu.

Moreno said this was not because of the number of Cebuanos, who showed up in his motorcades, town hall meetings or concert-rallies, but rather it was because of the very warm reception he would get from Cebuanos.

“I am always grateful to the warm reception of the Cebuanos. Kaya worth it na magpabalik-balik dito. Talagang nililigawan nating maigi ang boto ng Cebu. Hopefully, I’ll be given a chance by our countrymen, especially here in Cebu province,” Moreno said in an interview at the Radisson Hotel prior to going to the ISKOncert rally.

(I am always grateful to the warm reception of the Cebuanos. So it is worth it to return here every now and then. I am really wooing for the Cebu votes. Hopefully, I’ll be given a chance by our countrymen, especially here in Cebu province.)

(I am happy. In terms of biggest, we have a lot of biggest. I am happy. I don’t quantify events based on numbers. I quantify it based on how they received me. Because what I always hope to believe in my coming here is that I am the reason (for the Cebuanos). The reason is the message, the vision, the idea, the concept of governance, only real talk.)

And this was proven earlier in the day when he visited the urban poor community in Barangay Mambaling where he was warmly welcomed by residents of all ages. Parents brought their babies for Moreno to kiss and elderly women flocked to his side for selfies. Meanwhile, the youth cheered from atop the metal fence surrounding the basketball court where Mayor Isko gave his speech. 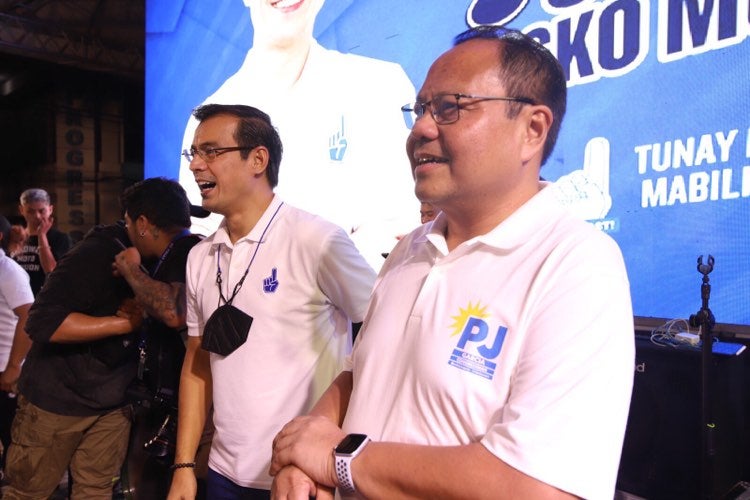 And throughout his Cebu sorties, 3rd District Congressman and Deputy Speaker PJ Garcia was always present to lend his all-out support. It can be recalled that Cong. PJ has affirmed his unwavering support to Moreno’s presidential bid despite One Cebu’s endorsement of Ferdinand Marcos Jr., the son and namesake of the ousted Philippine dictator.

Garcia again reaffirmed his full support to Moreno in the same interview. “I’m still here. I would not be here if I did not believe that he could still win. But whatever happens, win or lose, I believe if I vote for the person I believe in, I have already won,” he said

On Wednesday evening heavy rains inundated the “Isinggit Nato, Isko!” ISKOncert rally of Mayor Isko in Cebu but thousands of his supporters still waited to see and hear their chosen candidate, and show their full support to the Aksyon Demokratiko standard bearer no matter what happens.

The rally started in a festive mood under fine weather with about 20,000 supporters on hand and with many on the way.  But heavy rains that started at around 9:30 in the evening created ankle-deep floods in some areas around 3rd Avenue where the stage was set, and forced many of those far from the stage to seek shelter in nearby Robinsons Galleria. 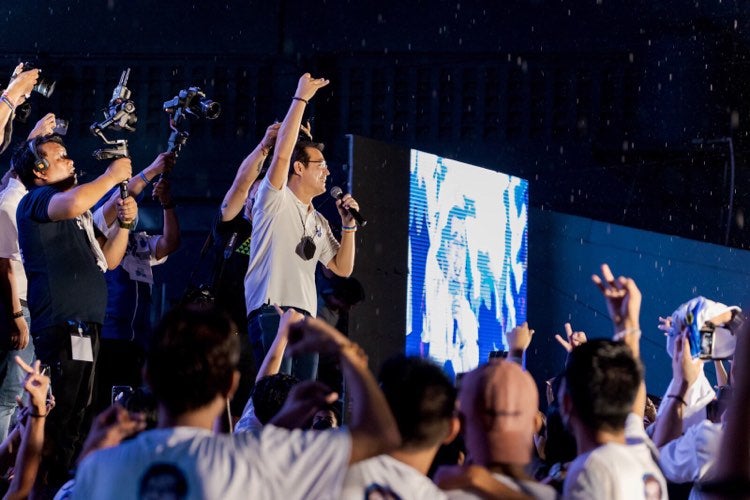 The heavy rains stopped at around 10:30 p.m., only to give way to a lingering drizzle. Yet, a sizable crowd of drenched but high-spirited Cebuanos remained.

(I would like to thank all those who came here. Of course, others are soaked because of the rain. Thank you to those who were soaked by the rain. They can easily do what we are doing?)

The 47-yer-old former basurero who became exemplary mayor of Manila, said the crowd represents the real masses, the real people that he hoped to serve if given the chance.

Moreno urged the people, especially the youth, to look not in the past, but to look towards the future, and take advantage of the opportunity to once and for all put a stop on the decades-long conflict between the Marcoses and the Aquinos and the elitist politics they represent.

(They cannot really understand. Because we, this is really our lives, even if it is so difficult, we can still be happy. So you the youth, you have not went through the past, but this is the time of the youth where we are given a chance to put an end to the fight between the red and the yellow-pink.) 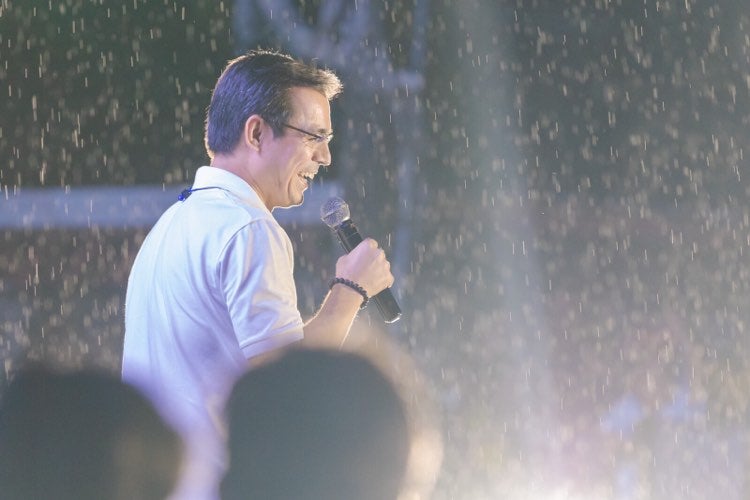 After the brief speech, Cong. PJ once again raised the hand of Mayor Isko in endorsement, and joined his fellow Cebuanos in shouting “Daog na!” (We have already won!)

Wednesday’s event was reminiscent of other ISKOncert rallies in the province where even the force of nature could not contain the outpouring of support from Moreno’s faithful supporters.

Last April 8, more than 20,000 Cebuanos braved rains spawned by Tropical Depression Agaton to show their full love and support for Mayor Isko in a grand rally in Toledo City. And despite the stormy weather last April 7, about 35,000 people packed the outdoor area of Hoops Dome in Lapu-Lapu City to see and hear Moreno.

In the meantime, the “silent majority” being touted by Moreno that was always present in his campaign sorties was again in full force last April 24 in Carcar City with about 65,000 people attending the “Grand ISKOncert-Rally.”

And just this Tuesday, a mammoth crowd that reached 80,000 at its peak packed the concert rally in Danao City with Moreno’s wife Dynee Domagoso, sons Patrick and Joaquin and only daughter Frances leading the ISKOoncert rally.

Over 65,000 supporters flock to `Iskoncert’ Rally in Carcar, Cebu