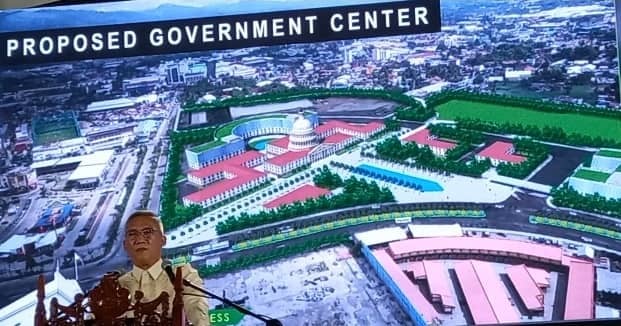 Mandaue City Mayor Jonas Cortes says that the city government plans to build a government center where all departments of city hall will be accommodated making it a “one-stop shop” for those doing transactions at city hall. | Mary Rose Sagarino

MANDAUE CITY, Philippines — The Mandaue City government is planning to have a new city Hall.

The proposed government center is planned to be built where the Cebu International Convention Center (CICC) currently stands.

Mayor Jonas Cortes said they would want to move the City Hall to the CICC compound because it had a large area that would be convenient for people who would have transactions at the city hall.

In the proposed plan, all the government offices will be in one compound, unlike the current state wherein offices are scattered around the city hall area.

Cortes said the CICC also had a strategic location.

(Our goal is to have a one-stop-shop for a government center where if one would like to transact business in Mandaue, then it would all be in one place. Not like where one will have to bring a vehicle, to make it easier, simplify.)

Cortes said, though, that they would be focusing first in the city’s housing project called Tipolo Residences so that fire victims living inside the CICC compound could be relocated there.

There are about 500 families currently living inside the CICC compound who are victims of fire in barangays Tipolo, Mantuyong, and Guizo.

Cortes said that they had already talked with Governor Gwendolyn Garcia about it.

(We have two goals here. First is we can provide a decent housing for our informal settlers. Second, that we can make clear one of our plans to build our government center. In fact, we already spoke with Governor Gwen about our plan that has long been our dream for Mandaue to have a new government center.)

Read Next
VECOlympics: Wellness and camaraderie