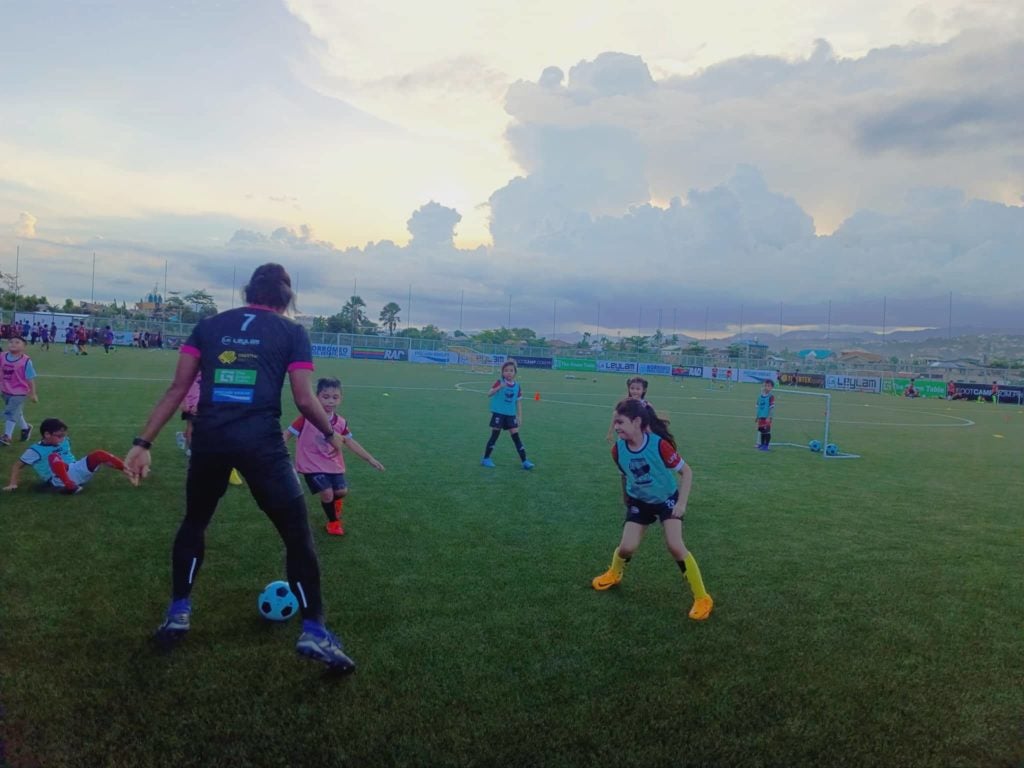 The football academy was launched on Saturday, July 23, 2022, at the club’s home pitch at the Dynamic Herb-Borromeo Sports Complex in South Road Properties (SRP).

No less than Cebu FC’s players supervised the football academy for footballers as young as three years old to 18 years old.

The football academy is part of the club’s long-term plan in establishing its own professional women’s football club and youth teams in various age categories.

In addition, Cebu FC is also planning to establish a solid grassroots program in public schools through its academy, including those in the province.

Cebu FC’s players such as Ace Villanueva, Kintaro Miyagi, and Daniel Gadia facilitated those who enrolled in their club’s academy. However, the academy is overseen by Head Coach Levent Öztürk with the help of Coach Ref Cuaresma as the overall coordinator.

“The main objective is not competing but introducing football to the younger kids, make them see that the sport can be fun. We actually opened three weeks ago and we now have more than 100 kids registered,” said Cebu FC owner Ugur Tasci.

Although the football academy was officially launched, they have yet to start their sessions once the face-fo-tace classes start for school year 2022-23, happening tentatively every Friday and Saturday.

For Cebu FC Team Manager, Hannah Wong, they encouraged those interested to enroll their kids to the academy to register by sessions, instead of the monthly packages. It is to maximize the value of the parents’ money in enrolling their child to the academy.

“We made it that way because we understand that parents also have jobs so they may not have the time to accompany their children everyday, so they can choose the schedule, and if they have to go somewhere, they can just come back and continue their training,” said Wong.

In addition, Tasci revealed that they are also open to joining competitions as student trainees of the academy. Those, who have potential, get a chance to become part of Cebu FC’s youth elite teams that will be formed this year.

The least minimum number of sessions that interested participants can sign up for is 4, and they can choose their schedule from the days available.