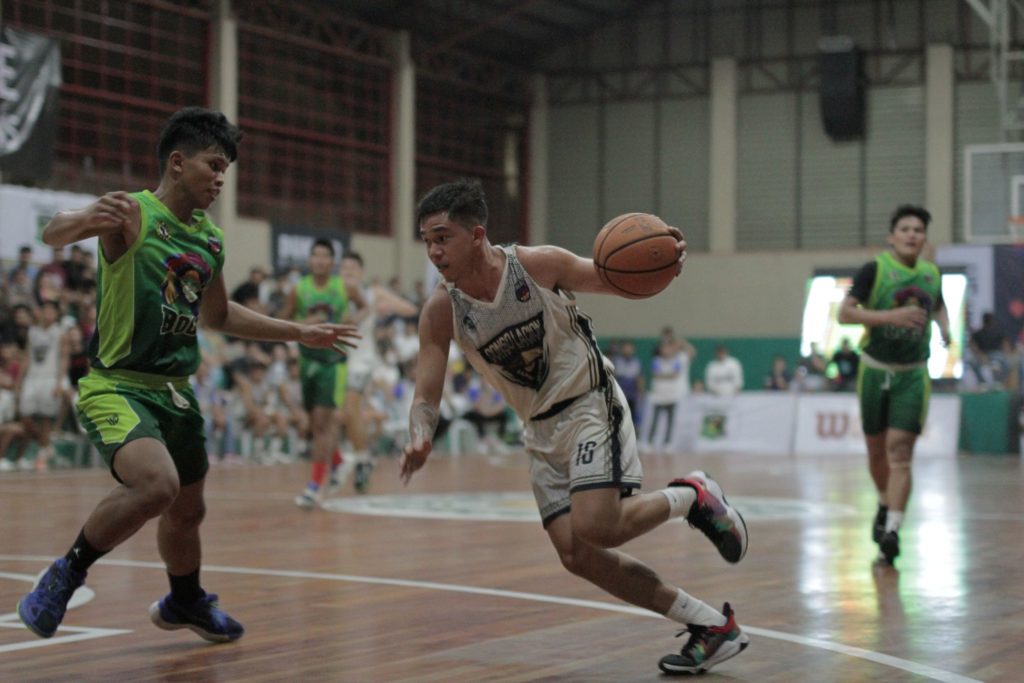 Keaton Clyde Taburnal of Consolacion drives to the basket while being defended by a player from Bogo City in their PSL 21-U VisMin leg match in Talisay City. | Photo from the PSL Media Bureau.

The Sarok Weavers are now tied with the Cagayan de Oro on the top of the team standings, both with an unbeaten records of 4-0 (win-loss).

Compared to their previous closely-fought matches, Consolacion played smoothly during the game, leading by as much as 25-points, 53-28 at 8:28 mark of the third period.

Before that, Consolacion already built a commanding lead of 20 points, 46-26, entering the second half. Bogo City fought back, cutting the lead to 11, 48-59, in the third period, but Consolacion quickly doused the fire with their own offensive run.

In the final period, the Sarok Weavers didn’t look back and went on pummeling Bogo City to seal their dominant victory.

Shooting guard Keaton Clyde Taburnal led the Sarok Weavers with his 10 markers, two rebounds and three assists. He also tallied one steal and one block.

On the other hand, the OCCI Ormoc Sheermasters improved to a 2-2 (win-loss) slate after beating the Lapu-Lapu City Pantum, 89-63, in the other game on Thursday evening.

Jhoernel Vince Tangkay and Jeco Bancale both scored 16 points for Lapu-Lapu which dropped to a 1-3 (win-loss) record.