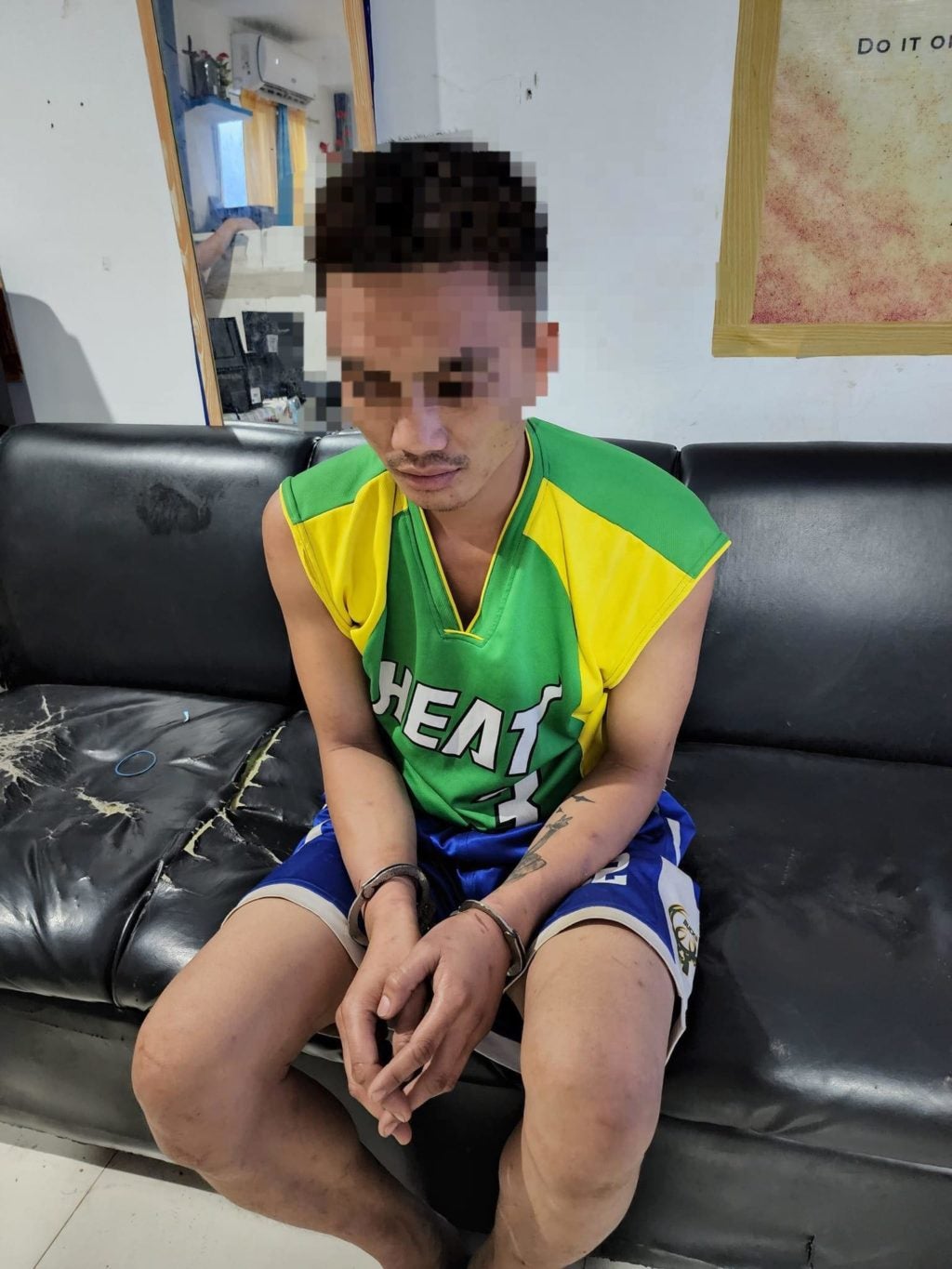 Talisay City police arrested on Saturday, August 20, the suspect in a shooting incident that happened on August 17 in Barangay Manipis in Talisay City during a follow-up operation in a mountain barangay in Naga City. | Photo courtesy of Talisay Police Station

CEBU CITY, Philippines — Raymond Nadera, 22, and Brylle Duron, 27, were believed to be working as drug couriers.

Duron allegedly killed Nadera when they went on an errand in the mountain barangay of Manipis in Talisay City on the evening of August 17, 2022. And Duron has gone into hiding since.

Talisay City police, who are investigating Nadera’s murder, arrested Duron who was hiding in a friend’s house in the mountain barangay of Pangdan in Naga City, Cebu on Saturday.

Police Lieutenant Colonel Randy Caballes, chief of the Talisay City Police Station, said they will be filing a murder complaint against the Duron anytime soon.

Caballes said personal grudge may have caused Nadera’s murder. But he did not elaborate.

Quoting the outcome of their investigation, Caballes said that Nadera, a resident of Barangay Lawaan 3 in Talisay City, accompanied Duron to Sitio Campinsa in Barangay Manipis for an errand Wednesday night.

A resident in the area reported to the police that she and members of her family heard multiple gun bursts at around 9:30 p.m.

Nadera was already dead when found by the police and emergency responders.

Scene of the Crimes Operatives (SOCO) found at least seven fired cartridge cases coming from a still undetermined firearm in the area.

Following a tip that was provided by an informant, police found Duron’s hiding place in Barangay Pangdan in Naga City.

Caballes said they coordinated with their counterparts in Naga City and the 2nd Provincial Mobile Force Company (PMFC) before they planned the arrest of Duron, who is believed to also be a gun-for-hire.

Surrounded by the police, the suspect was no longer able to resist his arrest.

As they prepare the murder charge against Duron, Caballes said, they are also looking at possible cases that they could also file against the owner of the house that he used to hide.

Read Next
Leon Kilat Half Marathon: 500 runners already sign up