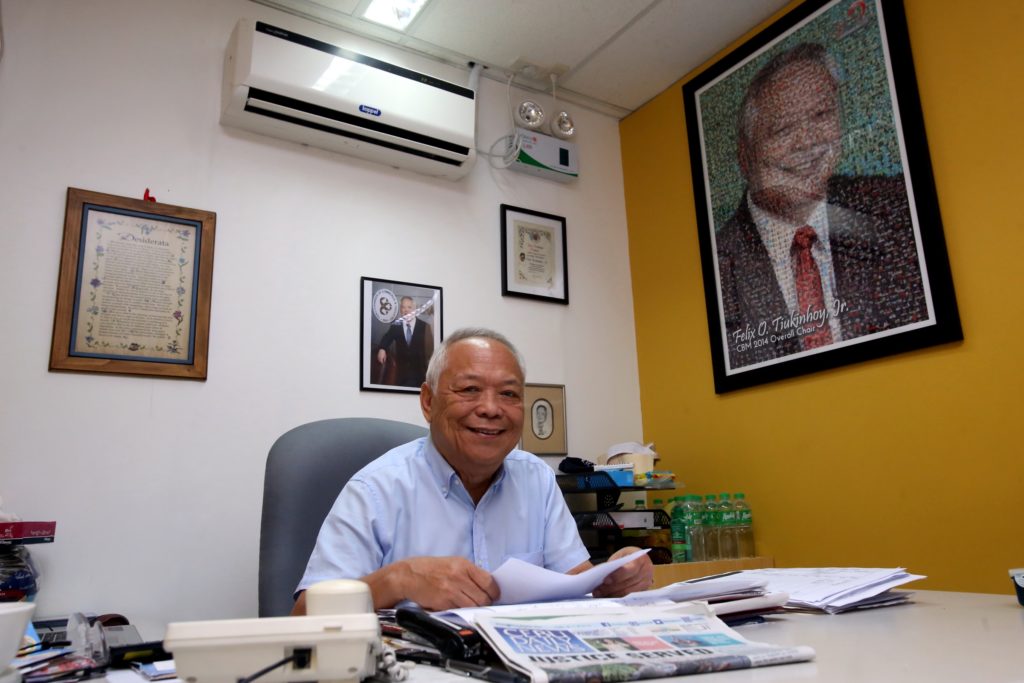 CEBU CITY, Philippines — The upcoming regular season of the Cebu Schools Athletic Foundation, Inc. (Cesafi) is on track for its formal opening on Oct. 15, 2022 at the Cebu Coliseum.

This is what its long-time commissioner,  Felix “Boy” Tiukinhoy, said in an interview on Saturday, Sept. 24.

Tiukinhoy told CDN Digital that they were in the middle of screening the athletes, especially the men’s basketball teams that would vie in the upcoming season.

Other than that, they are in full swing in terms of preparation.

SWU-Phinma on leave of absence

Tiukinhoy said that one of the biggest changes in the upcoming season would be the “Leave of Absence” of the Southwestern University-Phinma (SWU-Phinma) Cobras.

According to Tiukinhoy, SWU-Phinma submitted its budget in October last year which didn’t include a budget for sports considering that there was uncertainty if Cesafi would make its return this year due to the onset of the COVID-19 pandemic.

“They are preparing for the 2023 season,” said Tiukinhoy.

“SWU is not participating. They asked for a leave of absence in Cesafi because they weren’t able to prepare for the budget for this Cesafi season,” he said.

Another change will be the participation of the City of Bogo Science and Arts Academy (CBSAA) and the Sisters of Mary School (SMS) Boystown of Minglanilla as guest teams.

It was to show its serious intent to join the inter-school meet.

In the meantime, CBSAA will serve as a guest team for this regular season, so will the SMS Boystown, too.

“We are opening on Oct. 15, 2022. So far we are on track as far as the preparations of different teams are concerned. The deadline of submission of documents is on Monday, Sept. 26, 2022, and we’ve start the screening of the basketball teams, because Oct. 15 is the start of the games. After that the other sports events will follow,” said Tiukinhoy.

It can be recalled that Cesafi had a pre-season competition last April which served as a “dry-run” for the regular season supposedly scheduled this month.

The pre-season competition featured numerous events, but weren’t that competitive.

However, this time it’s going to be a full blast.

Why Oct. 15 for Cesafi opening?

Tiukinhoy said that it took them long to announce and set the final date of Cesafi season’s return as they were waiting also for the government’s formal announcement of the return of the face-to-face classes.

In addition, most of the member schools of the inter-school meet are still recovering and awaiting for more students to enrol for this school year.

“Normally the Cesafi season is August, because our enrollment was supposedly June. But because of the pandemic, we moved the face-to-face classes. Our schools are not that prepared financially and been recovering, awaiting for enrollment of students, so, we decided the season to (start on) Oct. 15, and we don’t have a pressure how long it’s going to take this season to end,” Tiukinhoy said.

UP Cebu Fighting Maroons gear up for coming Cesafi wars