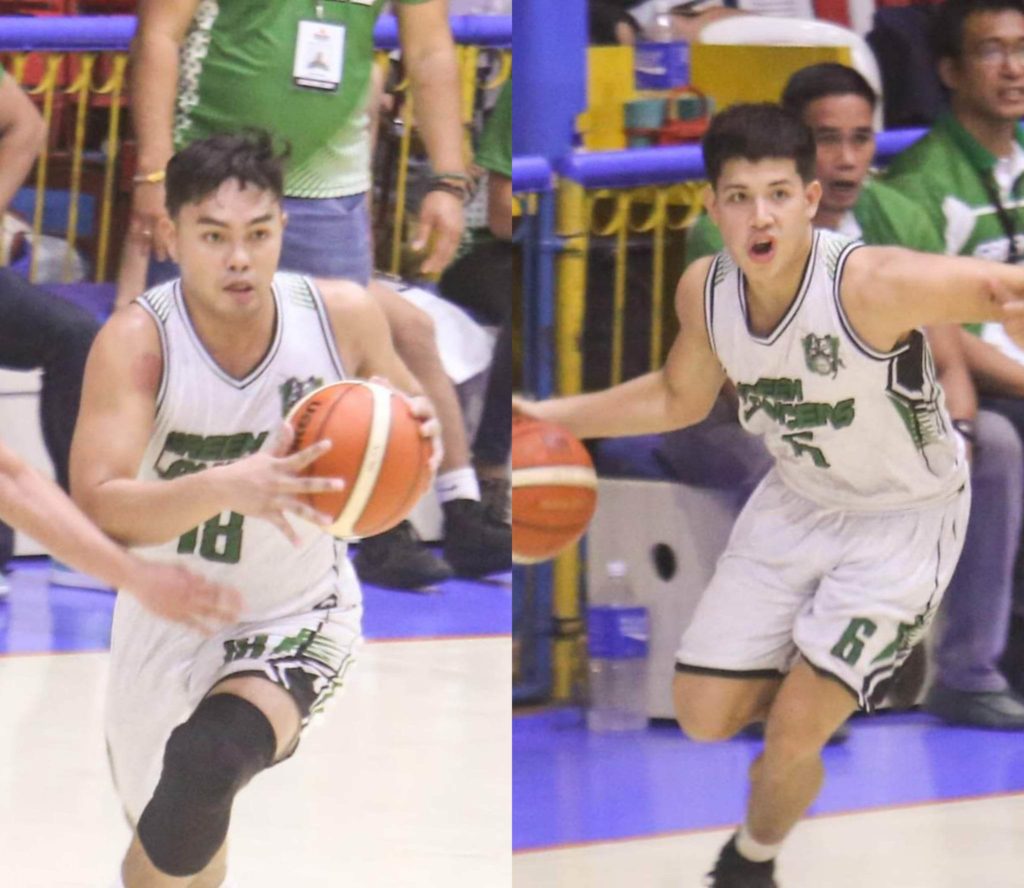 UV Green Lancers’ Beirn Laurente (left) and Jimpaul Amistoso (right) are expected to suit up for the team this December. | Photos courtesy of Sugbuanong Kodaker.

CEBU CITY, Philippines — The University of the Visayas (UV) Green Lancers will have its last remaining elimination round game in the Cebu Schools Athletic Foundation Inc. (Cesafi) college division by taking on the University of San Jose-Recoletos (USJ-R) at the Cebu Coliseum at 6:45 PM tomorrow, Tuesday, Nov. 22, 2022.

The Green Lancers eye to remain on top of the team standings of the six-team league with a 7-2 (win-loss) record, just slightly ahead of the No. 2 team, the University of Southern Philippines-Foundation (USP-F) with a 7-3 (win-loss) card.

The Green Lancers got beaten by the No. 3 team, the University of Cebu (UC) Webmasters, 85-66, last Sunday, to absorb back-to-back defeats.

Their game against the Jaguars tomorrow is somewhat crucial since they are planning to remain as the top-ranked team heading into the playoffs next month.

The Green Lancers would also like to have Jimpaul Amistoso and Berin Anthony Laurente back to the lineup soon as both are having progress in nursing their injuries.

According to the Green Lancers’ strength and conditioning trainer, Roger Justine Potot, Amistoso will be back at a hundred percent coming into the playoffs.

Amistoso, the Green Lancers’ starting point guard has been sidelined for several weeks already because of his chronic ankle pain.

Meanwhile, Laurente is still under evaluation by the team because of his hamstring tear.

“Amistoso will be back 100 percent coming to the playoffs. Beirn (Laurente), we’ll see how he fares in the coming weeks. It is definitely that second hamstring injury that delayed his return to play. It’s too early to say, but both players are doing good progress in their recovery,” said Potot.

Amistoso was advised to rest for several weeks and to undergo strengthening and contrast therapy with anti-inflammatory medication, according to Potot, while Laurente was also advised to rest with no heavy workload.

“We focus on isometric exercises once the pain has decreased. Then we slowly load up to concentric exercises and slowly going back to court practices for both players,” Potot said.

Despite Amisto and Laurente being sidelined, the Green Lancers still has enough arsenal in its disposal to take on any team in the league.

Read Next
Sacleo in CV: P5.7 million ‘shabu’ seized in a day of operations