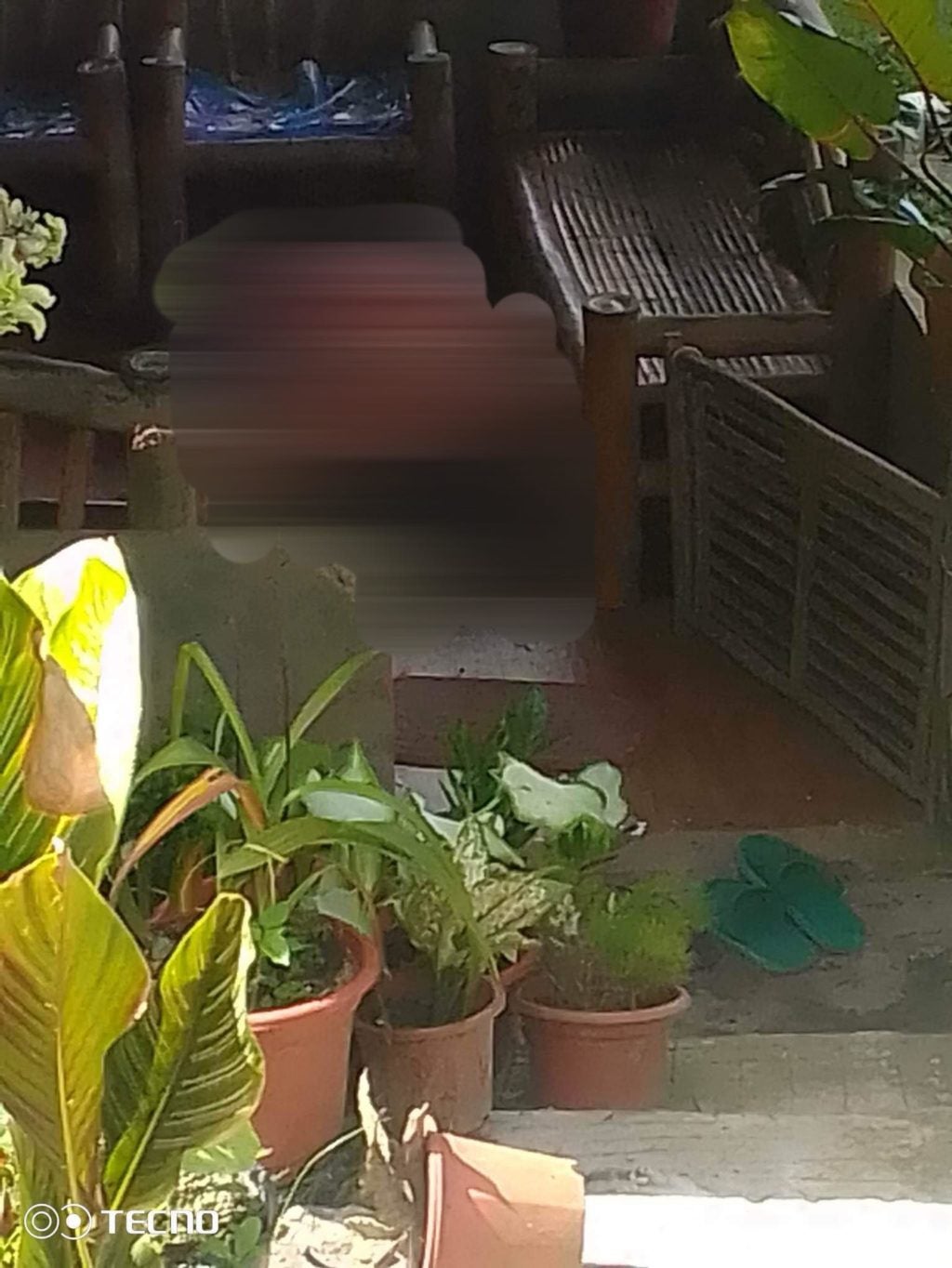 The body of the dead Eric Tampos is covered in a blanket at the front of his house in Purok Tagaytay, Barangay Gunting, Barili town in southwestern Cebu. | Contributed photo via Paul Lauro

CEBU CITY, Philippines — A man shot his 38-year-old drinking buddy and neighbor twice in the back and head, and then hacked the latter several times in the body killing him as the latter lay on the ground bleeding from his gunshot wounds at past 1 p.m. today, Dec. 3, in Purok Tagaytay, Barangay Gunting, Barili town in southwestern Cebu.

Giangan said that the suspect, Joselito C. Languido, also a resident of Purok Tagaytay, was later arrested in a hot-pursuit operation in Barangay Luhod also in Barili town.

The police station chief said in a police report where initial investigation showed that Tampos and Languido earlier that day were having a drinking spree, but they later ended up arguing.

And as Tampos headed home, Languido allegedly followed Tampos and shot Tampos with a gun twice, hitting him in the back and in the head. After the victim fell and lay in the ground bleeding, Languido then pulled out a bolo and hacked the victim in the body several times, killing the victim.

Languido then fled after the attack and then called a female friend and told her about what he did. The female friend reported the killing of Tampos to the police.

Languido was detained at the Barili Police Station detention cell pending the filing of murder charges.