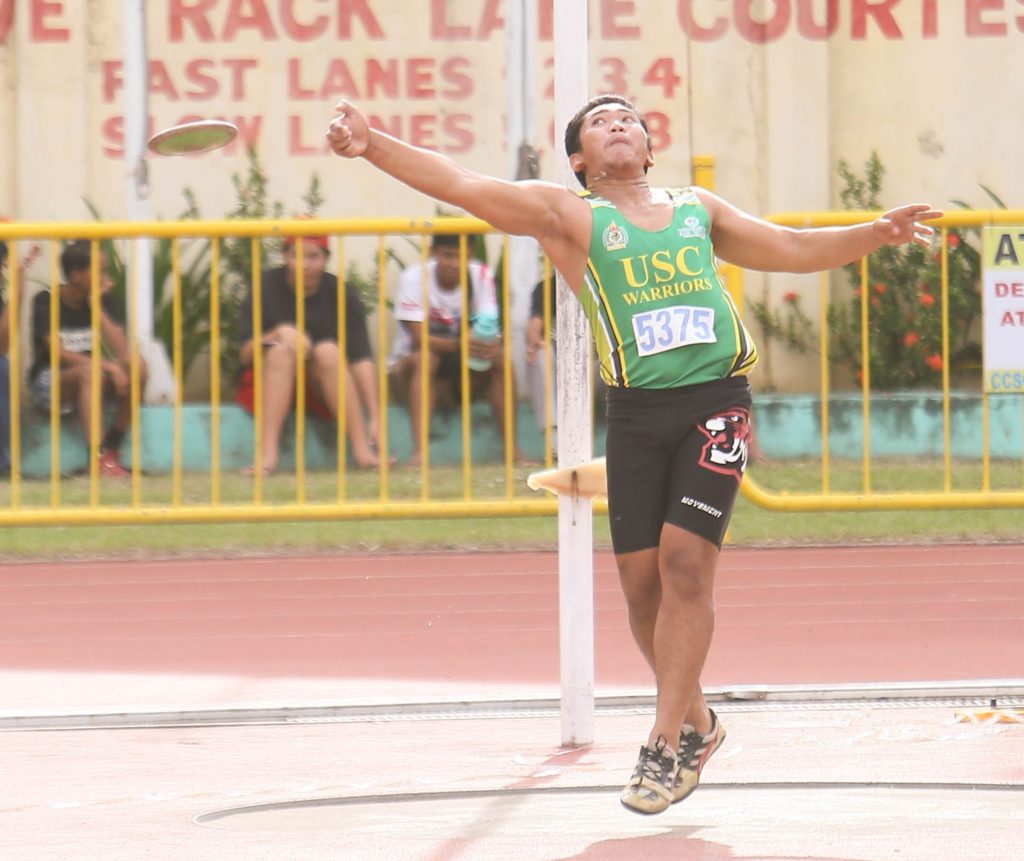 USC’s Gio Beguña during the men’s discus throw competition of the Cesafi athletics at the CCSC on Saturday, December 3, 2022. | Photo courtesy of Sugbuanong Kodaker

The two-gold medal haul temporarily put USC on top of the college division’s medal tally as of this writing.

Loyd Osorio and Gio Beguña ruled the men’s 400-meter sprint and the men’s discus throw competitions, respectively to give USC a good start.

Beguña’s best throw was 33.44-meters, while Linomas had 26.92m for the silver medal and Ryan Caesar Batindaan of the Cebu Institute of Technology-University (CIT-U) threw 29.06m for bronze medal.

Sayson beat fellow Webmaster Ana Marie Larayos after she threw a 24.72m as her best attempt, while the latter had 23.44m to settle for silver. USC’s Madeleine Kate Sinangote finished with a bronze medal from her 20.16m best throw.

On the other hand, Aviso leaped 1.58m to rule the women’s high jump, while teammate Crystal Villanueva settled for a silver medal after jumping 1.40m as her best attempt, and USC’s Rheamae Ayuda earning the bronze medal with 1.20m best jump.

In the high school division, the Sacred Heart School-Ateneo de Cebu (SHS-AdC), UC, and USC each bagged a gold medal in their respective events.