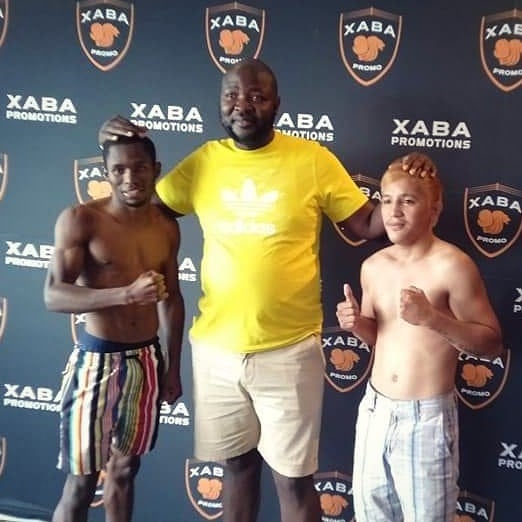 Joey Canoy (right) and his opponent Nhlanhla Tyirha are seen posing for the cameras after their official weigh-in for their scheduled WBA inter-continental light flyweight title showdown in South Africa. | Photo from Sanman Promotions FB page

Canoy, formerly based in Cebu under Cebuano boxing trainer Brix Flores of Noy Pacing Boxing Stable is currently fighting under the banner of SanMan Promotions in General Santos City.

With the defeat, Canoy suffered his fourth loss with 16 wins, nine knockouts and a single draw. Tyirha, meanwhile, improved his very young record to four wins, one loss with two knockouts.

It was the 27-year-old General Santos City native’s fourth time to fight in South Africa. His first stint in South Africa came up short when he was stopped by two-division world champion Hekkie Budler in 2017.

His second try also came up short when he lost to the International Boxing Organization (IBO) minimumweight champion Simpiwe Konkco via a controversial technical draw in a fight held in South Africa in 2018.

Canoy’s third attempt in South Africa, for the IBO world minimumweight title also fell short when he lost to Nkosinathi Joyi via unanimous decision in 2019.