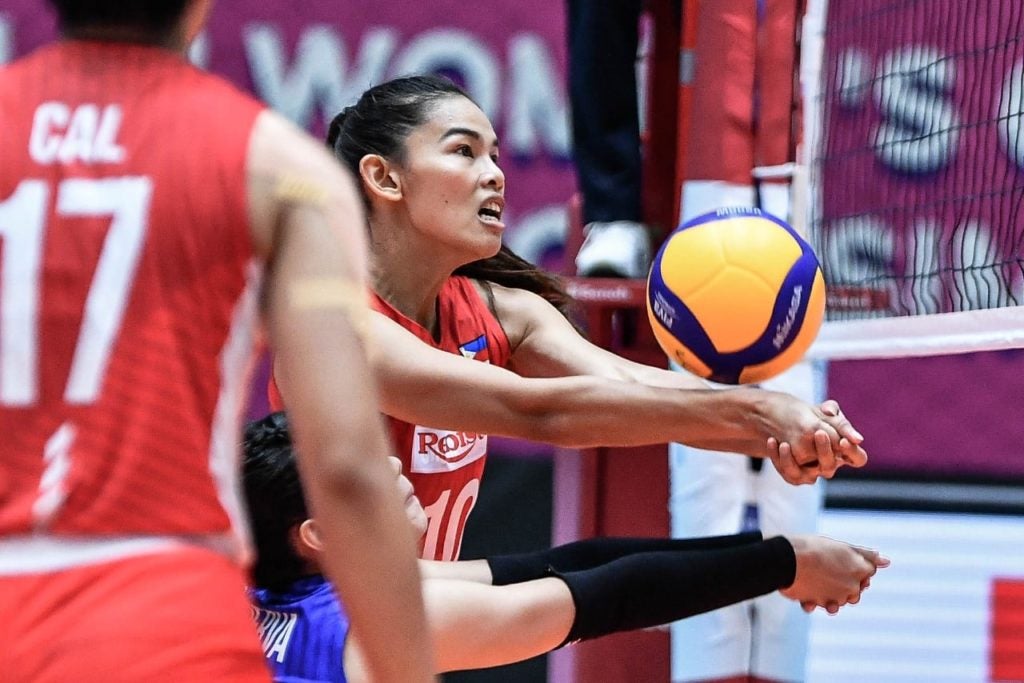 Majoy Baron of Team Philippines Rebisco is seen in action during their match against Kazakhstan’s Altay VC. | Photo from Asian Volleyball Confederation

CEBU CITY, Philippines— The Team Philippines Rebisco put on a gallant stand against the heavily-favored Altay Volleyball Club of Kazakhstan, 0-3, in the ongoing Asian Women’s Club Volleyball Championship on Friday evening at the Terminal 21 competition hall in Nakhon Ratchasima, Thailand.

Despite losing, the youth-laden Philippines Rebisco Team showcased a lot of promise and a sneak peek of what the future would look like in their first match of the ongoing major international tilt.

For Brazilian coach Jorge Souza de Brito, their campaign in the Asian Women’s Club Volleyball Championships is more than just the competition.

Souza de Brito considers it as a comprehensive platform for the young volleybelles to get the much-needed exposure in the international scene.

Kianna Dy and Majoy Baron were the latest additions to the team’s roster.

The team will go up against home team, the Supreme Chonburi at 4:30 PM (Manila Time) on Saturday, Oct. 2.

Team Rebisco out for ‘solid exposure’ in AVC tournament

PH women’s teams off to Thailand for AVC club tilt