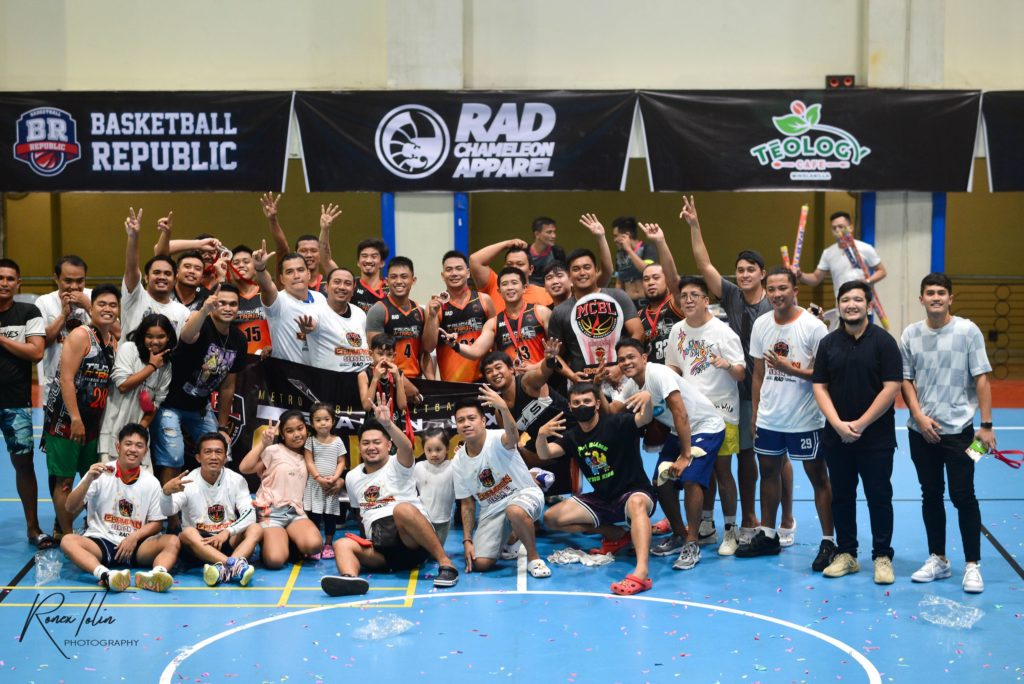 Truck N’ Trail’s players and team officials along with MCBL officials pose for a group photo during the awarding ceremony at the City Sports Club Cebu. | 📷: MCBL

Baruk Ceniza led Truck N’ Trail with 16 points to go with 9 rebounds, 1 assist, 1 steal, and 1 block to emerge as the finals “Most Valuable Player.”

The team’s head coach Phil Mercader told CDN Digital that he told his boys before the game to play hard but not dirty and reminded his team to impose lockdown defense especially on Sherilin’s key players.

“Ako ra jud gisulti nila nga to play hard, but not dirty. Play physically in legal ways. Before the game, nagpractice mi para mafocus namo on how to stop their key players,” said Mercader who won his first title with the team.

(What I told them is to play hard, but not dirty. Play physically in legal ways. Before the game, we practiced so that we can focus on how to stop their key players.)

They upset the heavily-favored ARQ Builders  92-72, to win the title.

(Yes, we have a system, but our system is useless if we don’t implement it. But in the end, we implemented it and my expectation of the game earlier is really different from what I expected. I saw among all my players that they can do triple-double. I can say that it was the best game that we played so far in the MCBL.)

Mercader also credited the additional players from the Consolacion Sarok Weavers in Dalumpines, Rovello Robles, and other key players such as Joseph Cabahug in helping their team winning the title. He also thanked the team’s mainstays such as Ceniza, Conahap, Ranel Cortez, and Alain Tarona.

During the game, Truck N’ Trail was relentless from both ends. They led as much as 23 points, 49-26, in the third period.

Sherilin tried to retaliate by putting up a brief scoring blitz, 8-0, to cut the lead the lead to 12 in the final period, but time ran out.