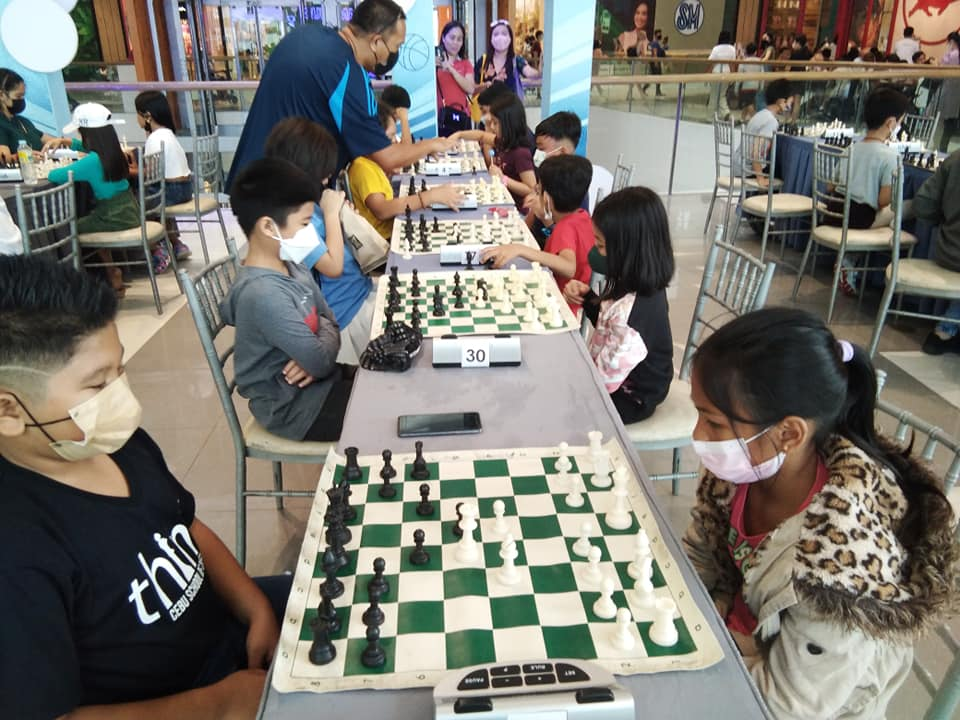 Young chess players are seen in action during the first Under-12 Kiddie Chess tournament of the Cebu Chess Hub. This tournament was held last July at the SM Seaside City Cebu. | Contributed Photo

CEBU CITY, Philippines — It’s all systems go for tomorrow’s second edition of the Under-12 Kiddie Chess Tournament of the Cebu Chess Hub at the SM Seaside City Cebu.

The tournament which will run in the entire weekend, will field a total of 63 young woodpushers from Cebu, Dumaguete, and other parts of Negros Island.

This serves as the second under-12 chess tilt for the Cebu Chess Hub after successfully staging its inaugural competition last July at the same venue.

One of the top bets for tomorrow’s competition is Apple Rubin of Toledo City who ruled the inaugural competition last July.

They will compete in a seven-round Swiss system format with 45-minute time control plus 10 seconds.