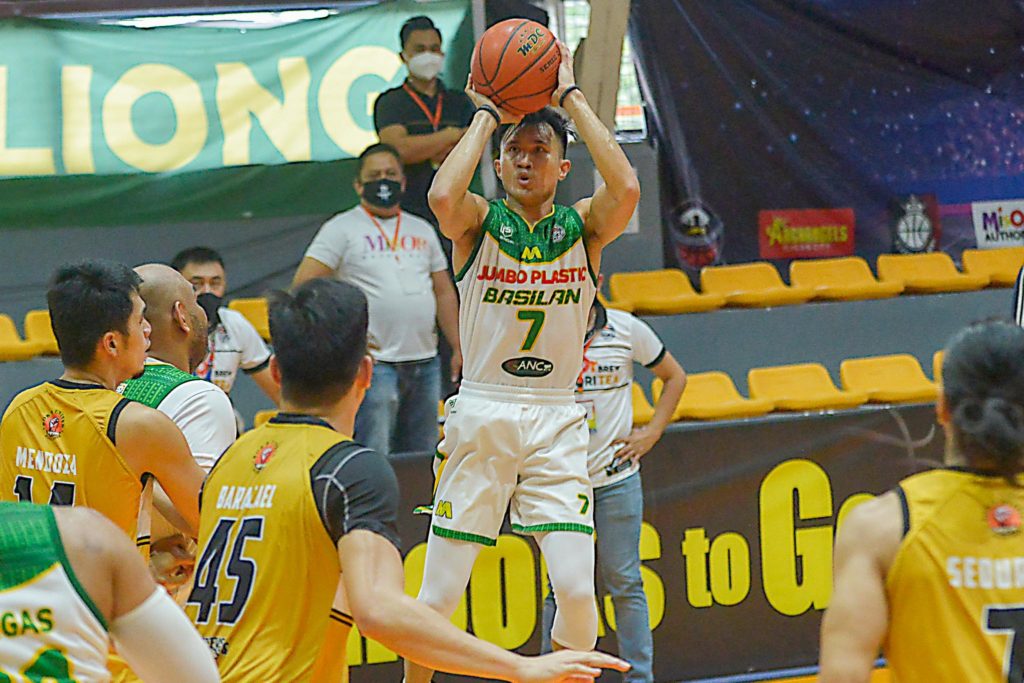 This after, the Peace Riders bested their league-record for most points scored in a game after beating the undermanned MisOr Brew Authoritea,140-106, on Friday, July 23 at the Pagadian City Gymnasium in Pagadian City, Zamboanga del Sur.

They bested their own record of 118 points scored in a single game which they etched last Monday in their win against the Kapatagan Buffalo Braves.

Also, the Peace Riders and MisOr’s lopsided matchup set a new league record for most combined points in a game with 246, eclipsing the latter’s 216 combined points versus Kapatagan.

The Peace Riders also set a league record for most assists in a game with 45 and most bench points with 92.

17 of those assists came from Hesed Gabo who made a separate league record for the player who dished the most assists in a single game. He topped it with a triple-double performance of 11 points and 10 rebounds.

With the win, Basilan tied with league leader Clarin Sto. Niño in the standings with an immaculate, 5-0, win-loss record.

The Peace Riders, just like in all their past games, opened the game scorching on both sides of the court, racing to a 27-12 first quarter. They would even double that advantage come second quarter, taking a 30-point 67-37 lead at halftime.

The lead would eventually hike to 46 on a Chris Bitoon triple in the fourth frame, 111-65, the biggest of the game.

Darwin Lunor was perfect off the bench with 18 points on 8-of-8 shooting from the field. Jong Baloria also added 19 points of his own, including three conversions from deep.

Despite the loss, MisOr’s Ronjay Buenafe drained 10 three-point shots, to set a league record. He finished with 35 points. Joseph Sedurifa almost had a triple-double outing with 18 points, 10 assists, and 7 rebounds.

The Brew Authoritea got their third consecutive loss, falling to 2-4, tied with ALZA Alayon for sixth place.

MisOr looks to end its skid tomorrow when they take on Roxas at 4 pm.

Basilan aims to remain undefeated on Sunday, when it faces JPS Zamboanga City at 2 pm.