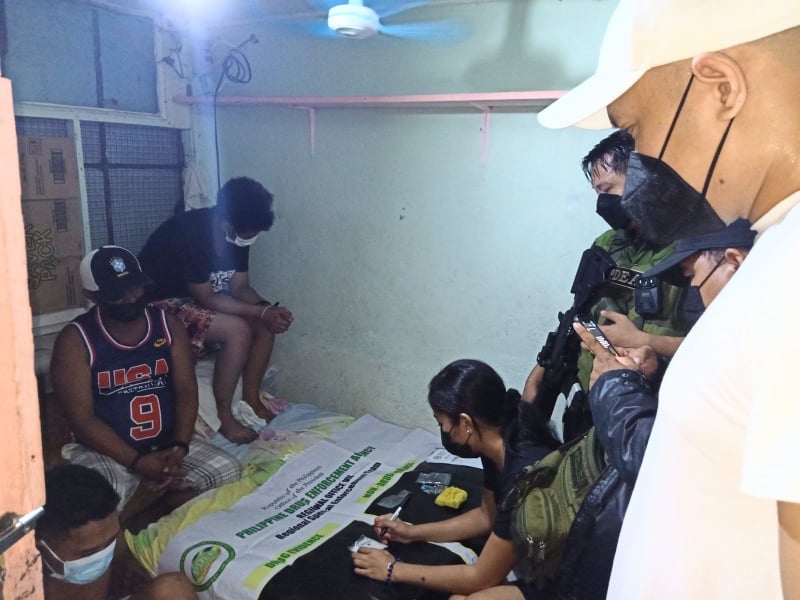 Barangays here are urged to monitor activities of transients in their area following the arrest of a renter last Thursday, September 23, in Sitio Upper Bonbonan, Barangay Labangon, Cebu City for drugs. | Photo from PDEA-7

CEBU CITY, Philippines — The barangays are encouraged to help monitor the activities of the transients in their areas, especially of their possible engagement in illegal drug activities.

Leia Alcantara, spokesperson of the Philippine Drug Enforcement Agency (PDEA-7), said that constant coordination from the barangays would greatly help them in monitoring possible illegal activities involving transients or renters in boarding houses in Cebu City, especially since the agency had not enough personnel to monitor every barangay in the city.

“The barangays can greatly help us in this aspect since we don’t have personnel in every barangay,” said Alcantara.

“Barangays have ‘barangay residents inventory’ or BRI. If updated regularly, this is helpful for the barangays to monitor activities in their areas, especially if there are transients there,” she said.

“In Cebu City, the local government has an administrative board that hears complaints on public nuisance. A boarding house, for example, found to be used more than once in the conduct of illegal drug activities may be considered a public nuisance, and the board may order for its closure,” she said.

Alcantara made this call after the arrest of three individuals, who were caught with 50 grams of suspected shabu during a buy-bust operation in Sitio Upper Bonbonan in Barangay Labangon, Cebu City last Thursday, September 23.

The suspected shabu confiscated from the suspects had an estimated market value of P340,000.

Alcantara said those arrested were a jobless renter, a carpenter and a call center agent.

Juanario Ortega Jr., 23, a jobless renter; and his alleged cohorts Richard Gallarde, 46, a carpenter; and Keisha Renee Ventic, 34, a call center agent, were detained at the PDEA-7 detention cell in Sudlon, Barangay Lahug in Cebu City,  pending the filing of charges, said Alcantara

Investigation showed that Ortega, who rented a house which was previously a store in Barangay Labangon, that he had occupied for two months already.

The rent for the house was allegedly P150 a day.

Alcantara said that they had been monitoring Ortega and his cohorts for two weeks before they conducted the buy-bust operation in his rented house.

She said that Ortega could dispose 100 grams of suspected shabu in a week.

For his part, Police Colonel Josefino Ligan, director of the Cebu City Police Office, has also expressed concern over the transients here in Cebu City, considering that the city is where most people would want to work.