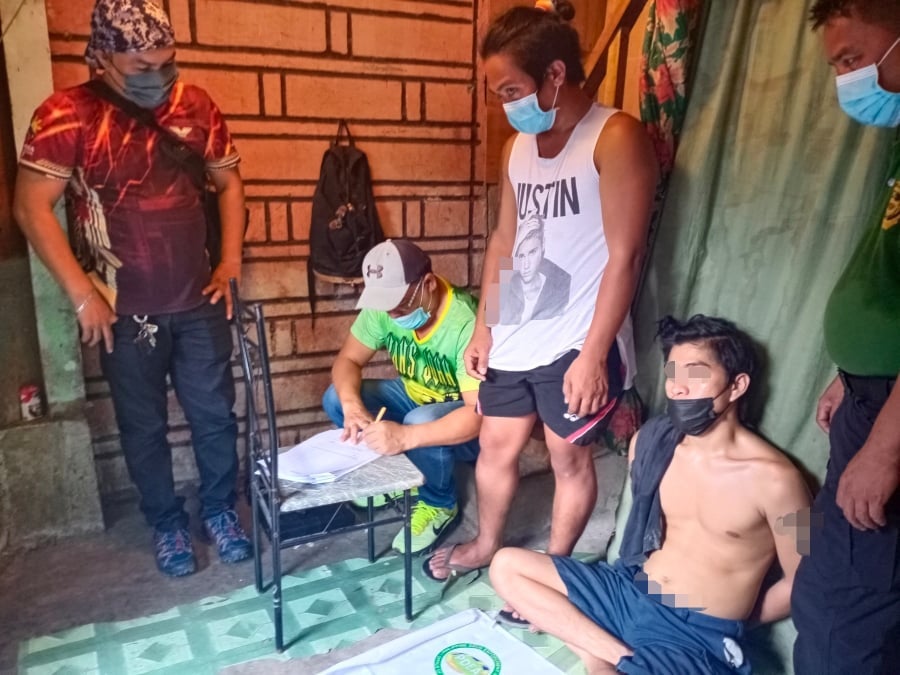 A 27-year-old man alleged as a supplier of drugs in a drug den in Barangay Basak San Nicolas, Cebu City, was arrested during a buy-bust operation conducted by the Philippine Drug Enforcement Agency (PDEA-7) operatives on Sunday, September 26. | Photo courtesy of PDEA-7

Leia Alcantara, PDEA-7 spokesperson, identified the suspect as Glenn Samson who was also known as Samuel Tabada, 27, who is a resident of Barangay Basak San Nicolas, Cebu City.

Samson was arrested a few hours in his house after the arrest of seven individuals and the shutting down of a drug den in the barangay.

Samson was caught with a gram of suspected shabu during a buy-bust operation.

Alcantara said that Samson was one of the newly identified drug personalities who allegedly supplied drug dens in Barangay Basak San Nicolas.

This included the suspected drug den in the barangay that was shut down by the PDEA-7 agents on Saturday, Sept. 25.

Seven individuals were arrested and 12 grams of suspected shabu with a market value of P81,600 were confiscated during the PDEA-7 operation.

Alacantara said that Barangay Basak San Nicolas in Cebu City was among the 23 areas listed as barangays that were ‘seriously affected’ by drugs in the city.

This means that these barangays have drug den maintainers, protectors, pushers, and users who operate within their community.

Alcantara said that Samson was detained at the PDEA-7 holding facility located in Sudlon, Barangay Lahug pending the filing of charges.