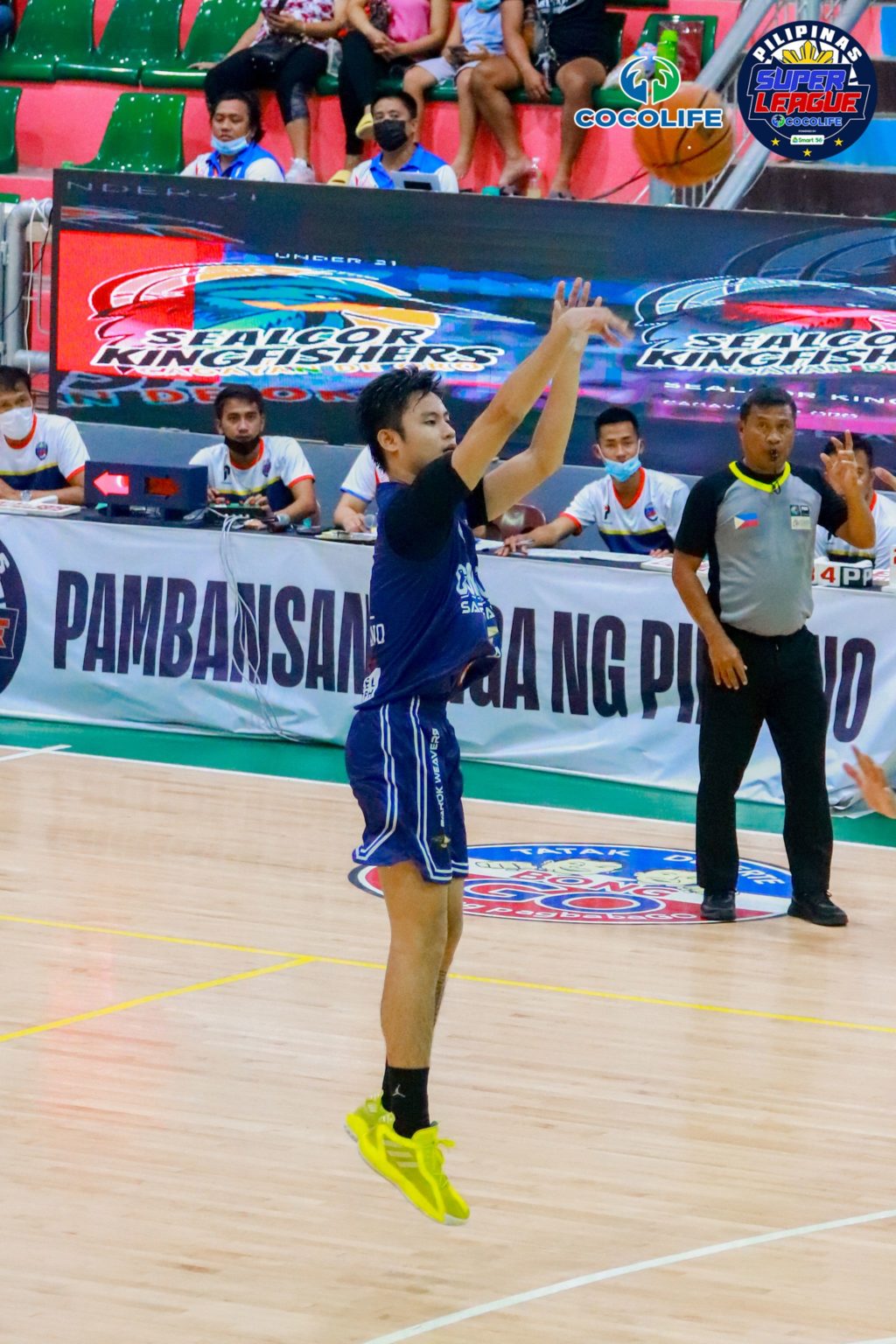 Consolacion’s Gyle Patrick Montaño fires a three-point shot during their game versus the Iligan City Archangels in the PSL U21 Aspirant’s Division Cup. | Photo from PSL Media Bureau.

CEBU CITY, Philippines — The Consolacion Sarok Weavers continue to assert their dominance on the floor after clinching the top spot of the semifinals in the Pilipinas Super League (PSL) U-21 Aspirant’s Division Cup by routing the Iligan City Archangels, 96-72, on Sunday, April 17, 2022 in Roxas, Zamboanga del Norte.

The Sarok Weavers finished the elimination round with a stellar six wins and one loss. They earned a twice-to-beat advantage in the semifinals against the Cagayan de Oro Sealcor Kingfishers. Their semis showdown is scheduled tomorrow, Monday, April 18, 2022 at 1:00 PM.

His teammate Rojan Montemayor also scored 18 points along with 11 rebounds and two assists while Keaton Clyde Taburnal chipped in 13 points for their dominating victory.

The Archangels finished their campaign with a dismal 1-6 (win-loss) record and was eliminated from the tournament along with the Kapatagan Buffalos, ARQ Builders Lapu-Lapu City Chiefs, and the Iligan KSB Crusaders.

During the game, Iligan managed to take the lead and sealed the first period with a, 26-18, advantage.

However, Yeah Myl Dugaduga led a brief scoring run for Iligan City to cut the lead to seven points, 43-50, heading to halftime.

In the second half, John Paolo Dalumpines scored back-to-back layups from turnovers to bring back Consolacion’s lead to 11 points,54-43, eight minutes into the third period.

The Sarok Weavers then imposed a solid backcourt pressure that forced Iligan to commit turnover after turnover.

It resulted to a commanding 20-point lead, 78-58, for Consolacion heading into the final period.

Consolacion managed to extend their lead as much as 26 points, 90-64, midway in the final period.

Iligan had another brief scoring run to cut the deficit to 16, but time wasn’t on their side.

Dugaduga led Iligan with 17 points and nailed six of his seven attempts from the three-point area. He paired it with four rebounds, eight assists, and five steals.